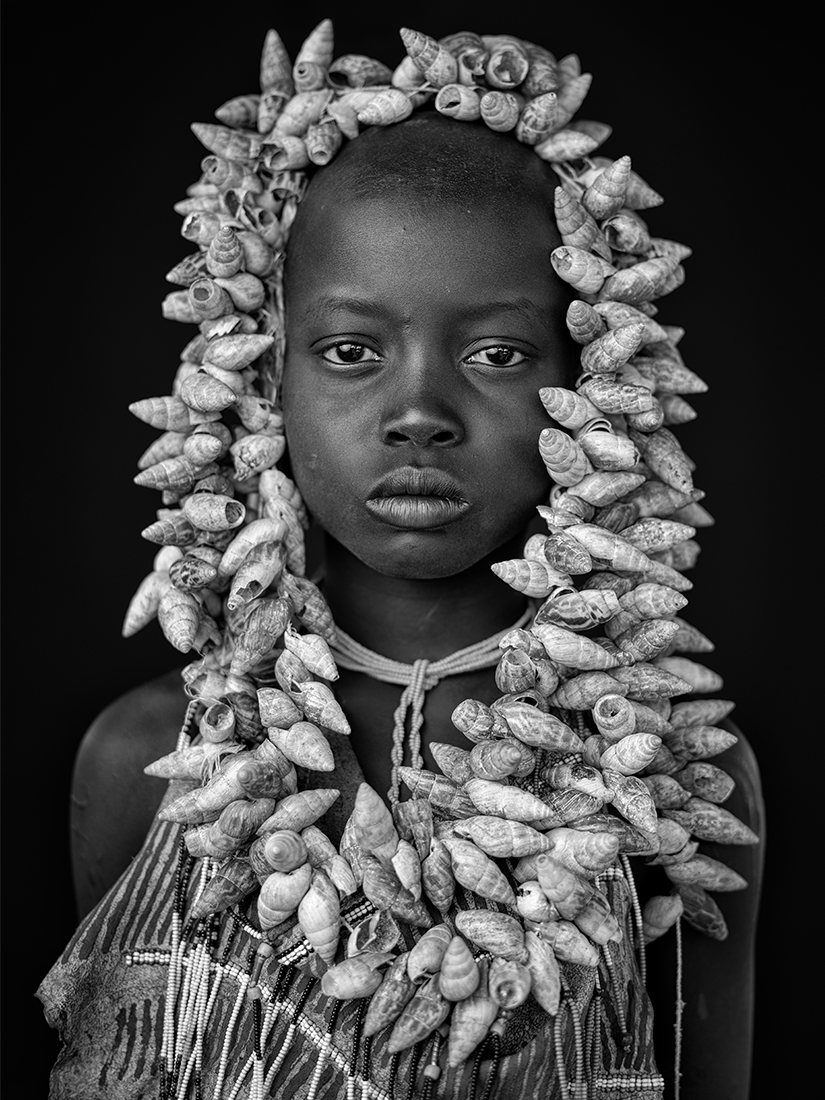 A girl of Mursi Tribe.⁠ The fate of the Omo Valley was decided 15 years ago, when the government began to build what would have been the pride of Ethiopia: Gibe III, the ambitious hydroelectric dam that the whole world would have envied. A controversial construction that will allow irrigation of vast commercial plantations that are taking place in the ancestral lands of the tribes and, at the same time, a potential humanitarian disaster for the approximately 500,000 people living along the Omo River and around Lake Turkana. Human rights organisations have reported that the dam has put an end to the seasonal flooding of the Omo River, on which the indigenous tribes depend directly to water their herds and cultivate the fields. For most of these tribes, adorning themselves with paint, shells, bracelets and lip-plates, essentially wearing a "costume" to attract tourists, has become the only form to maintain their livelihood and traditions.

Born and raised in alittle village in the Italian Alps, now based in Barcelona, Mauro already feltfrom young age the desire to tell. He discovered that the camera was the righttool for him, the eye through which he could speak to the world. An instrumentthat began to walk by his side towards a long journey of discovery. Definitely,to grow by himself, without the influence of schools, courses and lessons hasslowed down the process of technical knowledge, but because of this he learnedhis own way of seeing and been formed and shaped by the environment and thepeople who surrounded him in his long travels.

“Although it is difficult to express, I thinkthat the photograph represents my way of speaking and what I try to do throughmy language is to capture the sense of what I breathe and touch with my hands.Not only in appearance but also, and especially, in the essence; trying toexpress nuances and subtleties contained in a single frame. I think that’s partof my personality and my work fully expresses what I am. My story, my soul”.
SHARE
Support this photographer - share this work on Facebook.
< BACK TO GALLERY