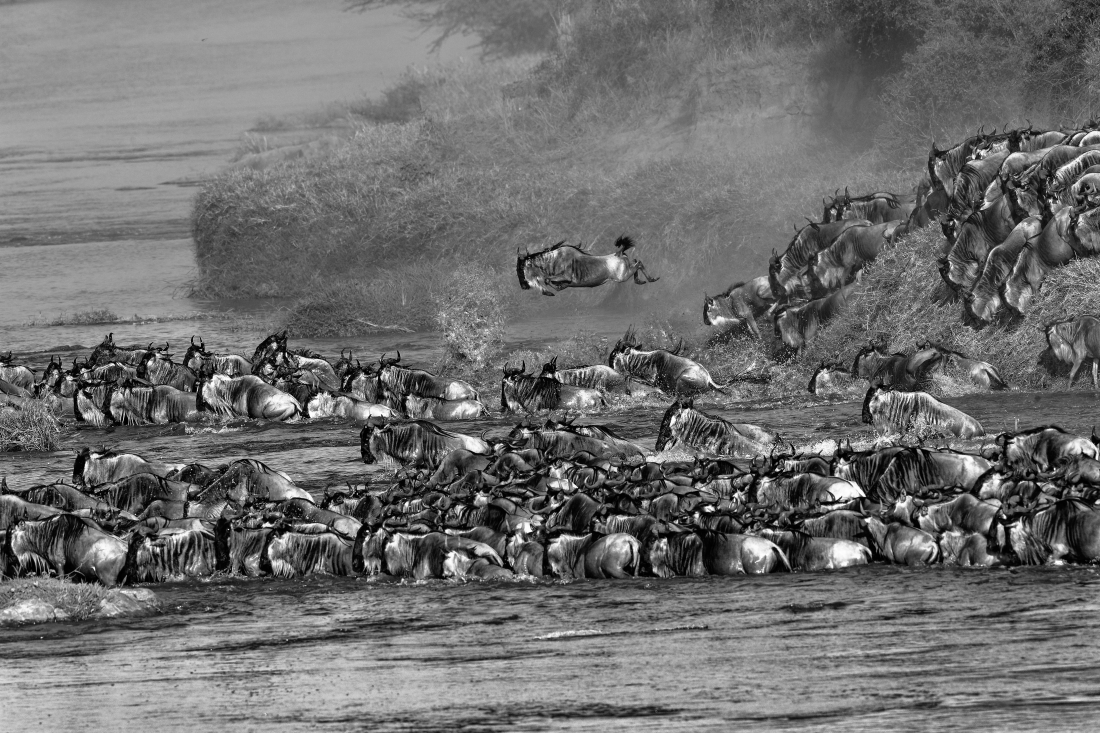 Across fertile and dangerous terrain of Kenya and Tanzania, over one million Wildebeest and Zebra follow a continuous migration across the plains of the Maasai Mara and Serengeti in search of fertile grasslands. This journey requires crossing the Mara River on several occasions, where swift currents and numerous predators lie in wait. In this image, a lone mature Wildebeest takes a true leap of faith, as it launches itself into the river, well above the masses.

Tom Raymond is the owner of Fresh Air Photo, a commercial, editorial and architectural photography studio established in 1978. Numerous awards including American Advertising Federation Lifetime Achievement Award, Best of ASMP, and over 180 Addy Awards at the regional and district level. Widely published with over 200 national magazine covers.
SHARE
Support this photographer - share this work on Facebook.
< BACK TO GALLERY