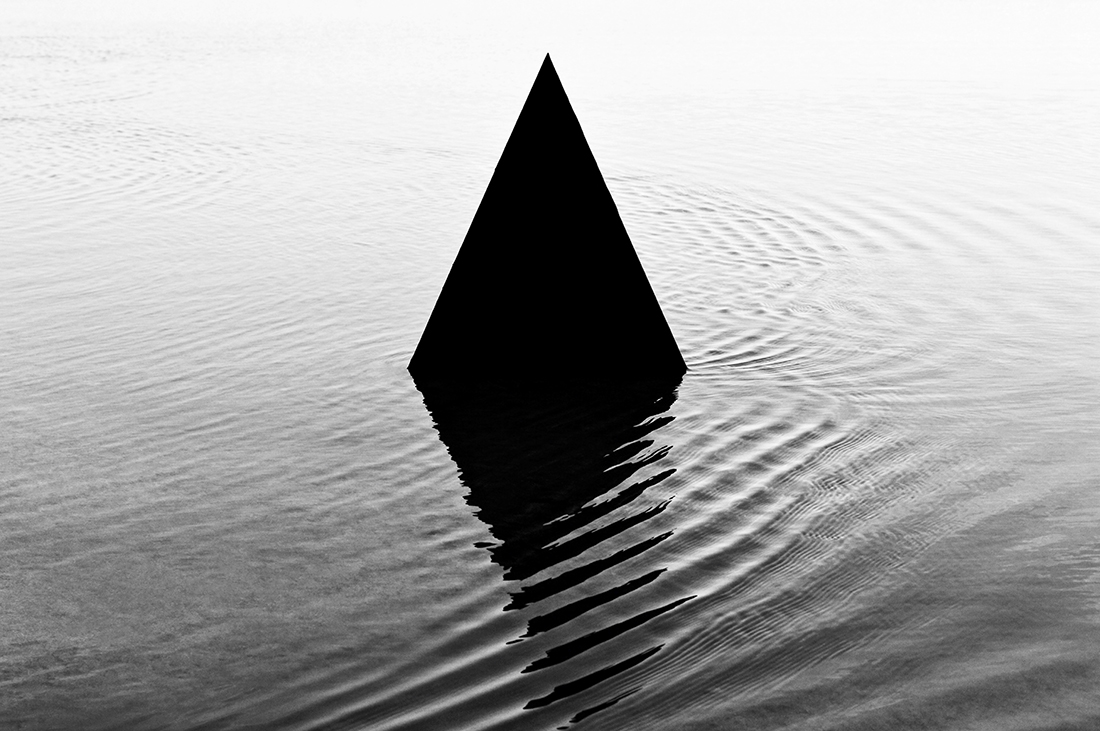 Levitating in the waters of the Chilean coast, the photographer places these sculptures in the form of portals, that represent our origin in the heavens, and that operate as entrances to some unknown places outside this world, but which are connected with our same space and time through this anti-gravity geometry.

Portals and teleportation have been a part of the history of man from ancient texts such as the Bible and the Mahabharata, in which beings of light and even humans appear and disappear from this world, and it is precisely in the water where some of these phenomena occur.

Industrial Designer of the National University Andrés Bello (2012). Founder, photographer and main curator of Minimal Chile (2016). He has exhibit his work in the cities of New York, London, Santiago de Chile, Valparaíso and Concepción. He participates to date as a collaborator of Ladera Sur. During the years 2013 to 2015 he is part of the photography studio Estudio Fe with the position of designer and art director. He currently works as an independent artist and art director at GOLD in Santiago de Chile.

His work blurs the boundaries between art, photography and design. Presenting, folding and appropriating concepts such as time and space, having at its core science, experimentation and research; the artist's work poses an almost hypnotic experience in which it embraces the material and the immaterial, modifying the perception, opening the world to the unknown and connecting it with our reality, suggesting the viewer to see with another perspective.
SHARE
Support this photographer - share this work on Facebook.
< BACK TO GALLERY