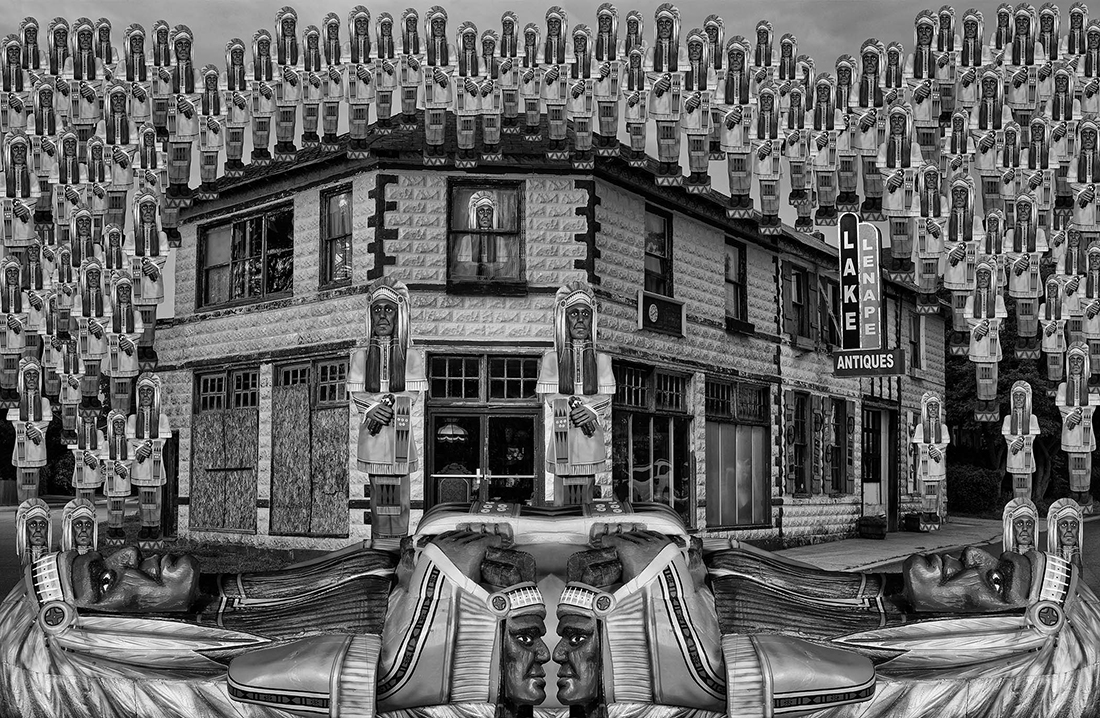 I have an old cigar store Indian that I purchased at a yard sale. I combined this Indian with a local antique store to create this conceptual image. I have always had a fascination with the American Indian culture and their way of life.