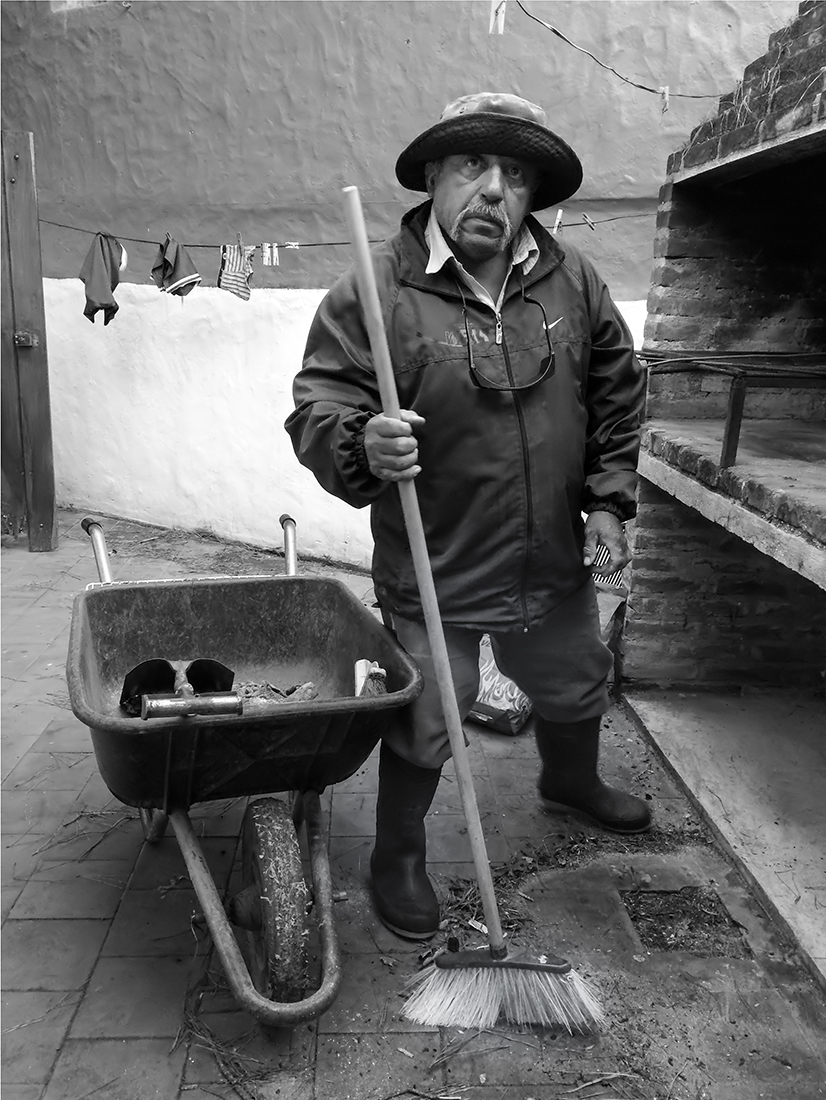 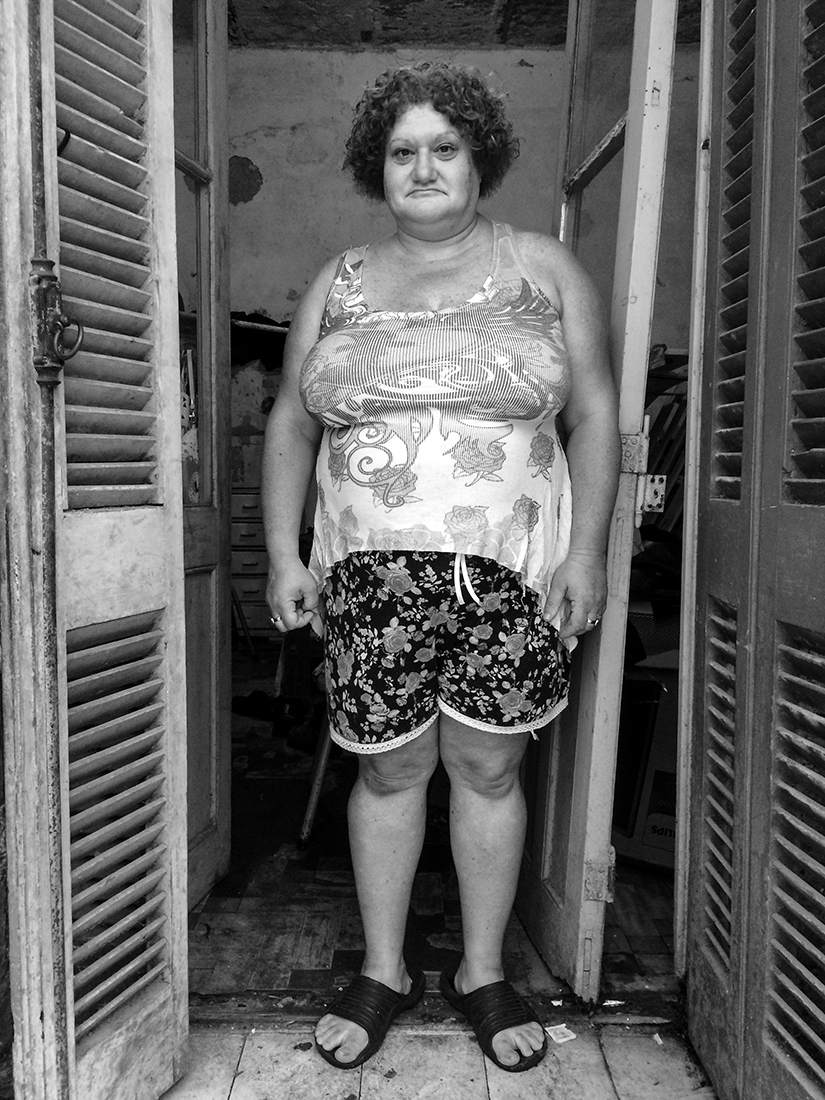 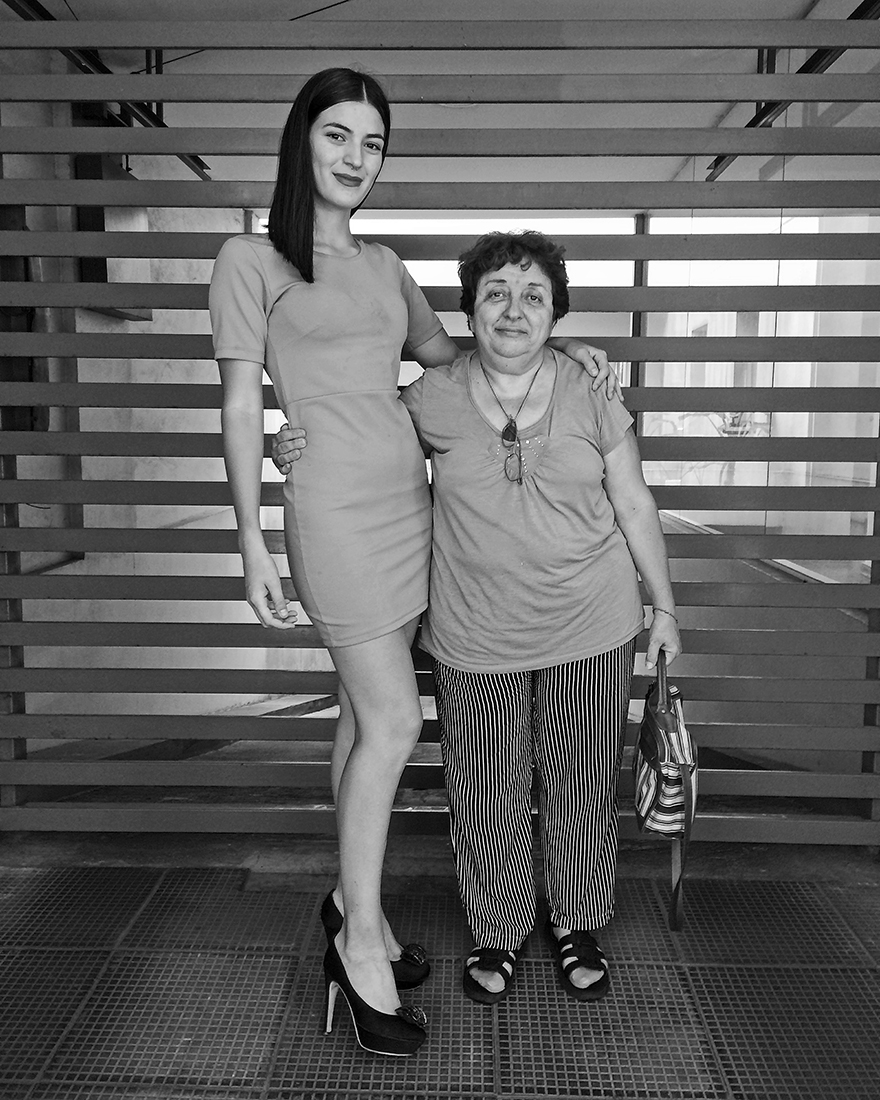 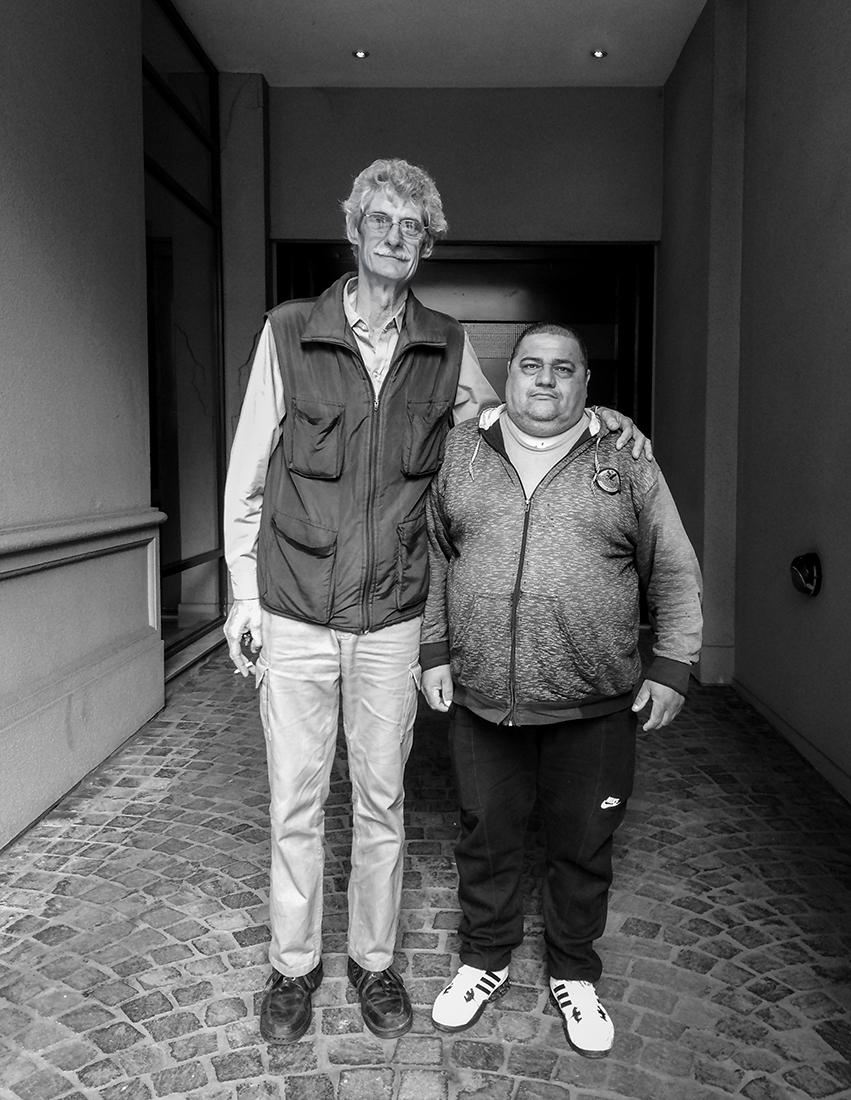 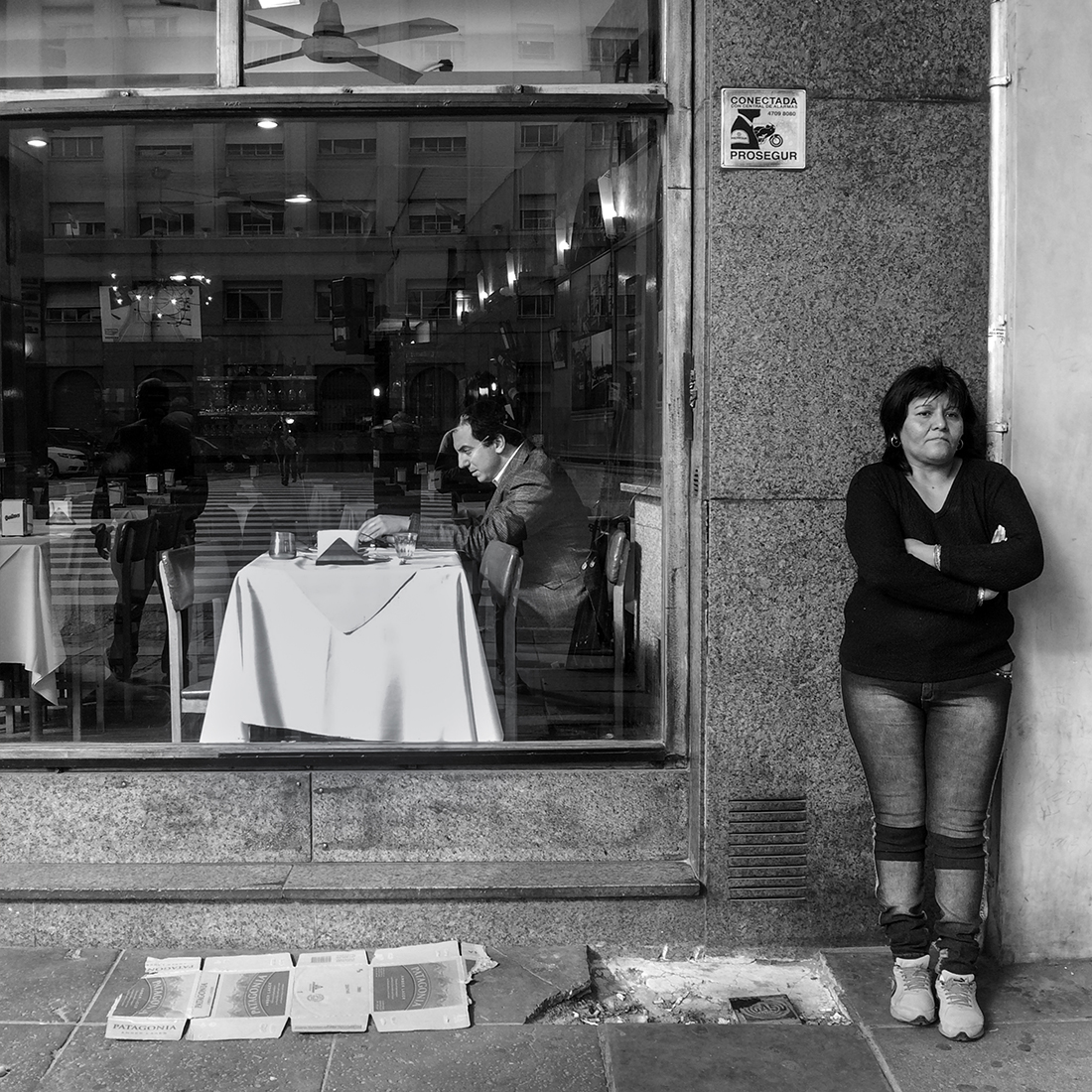 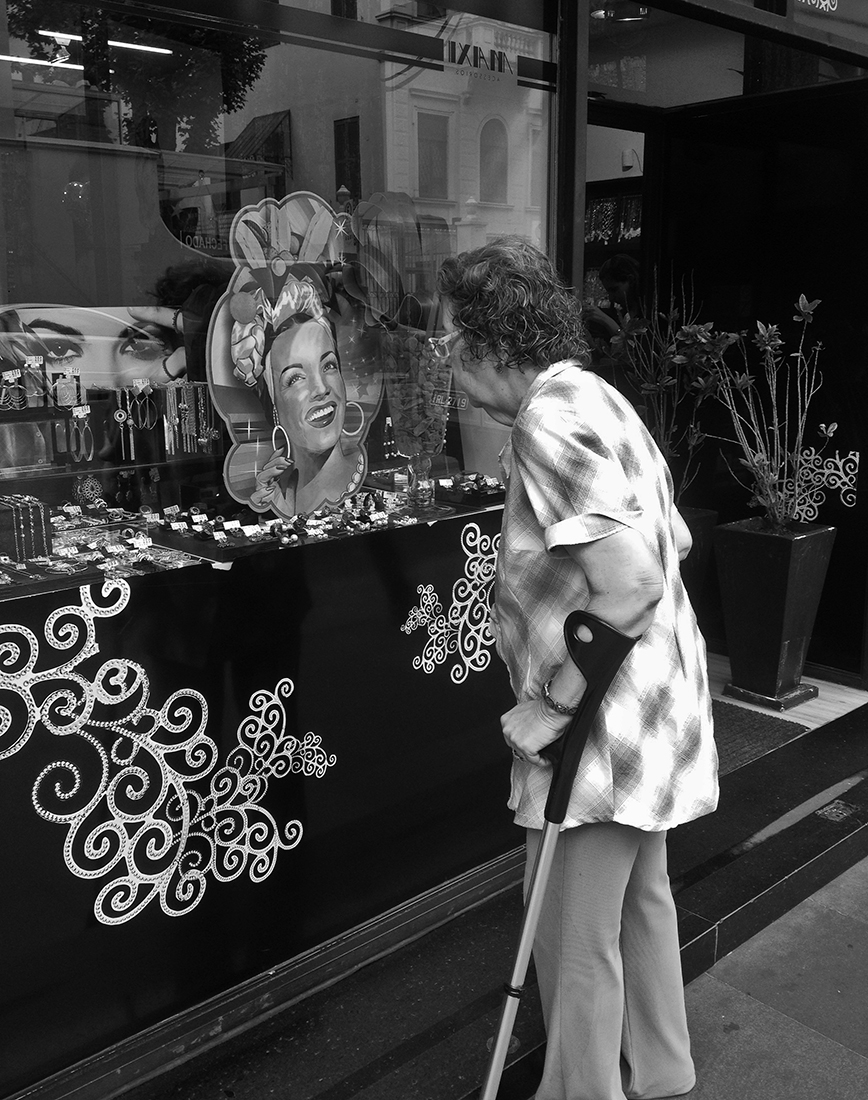 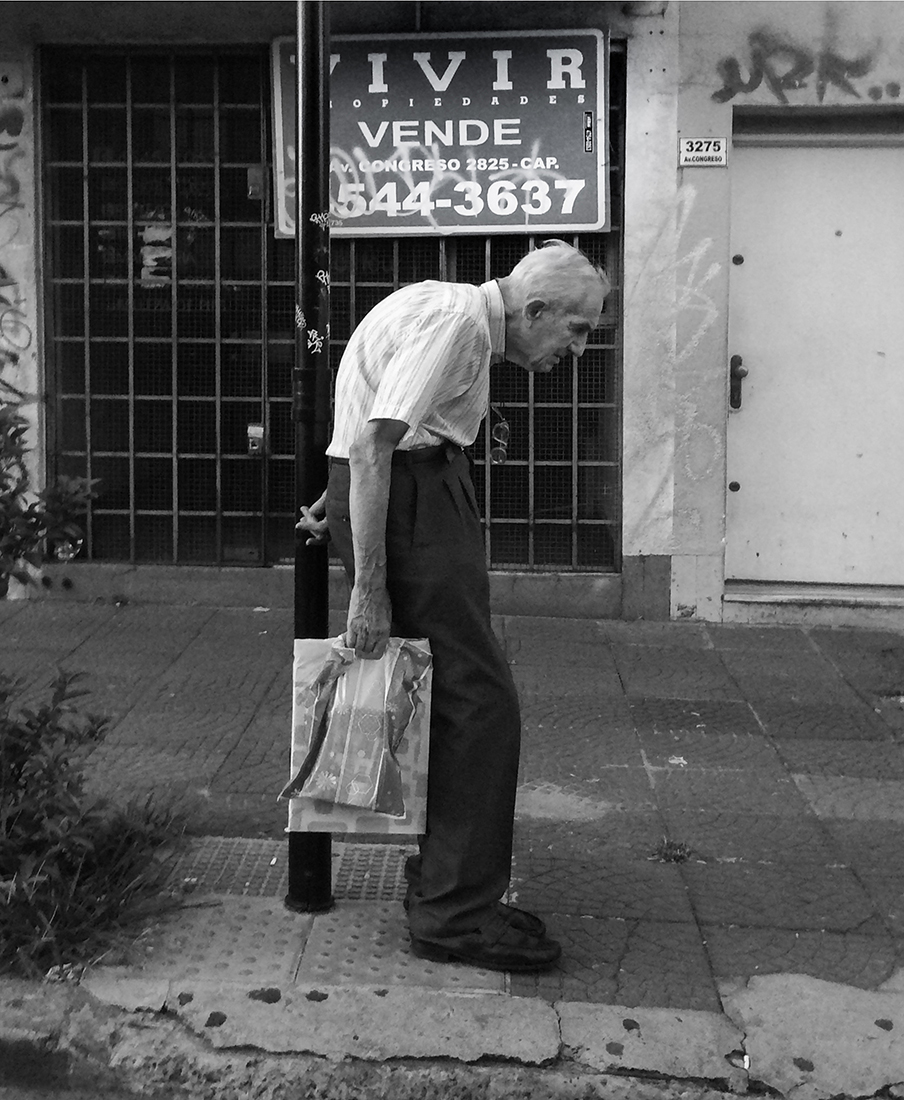 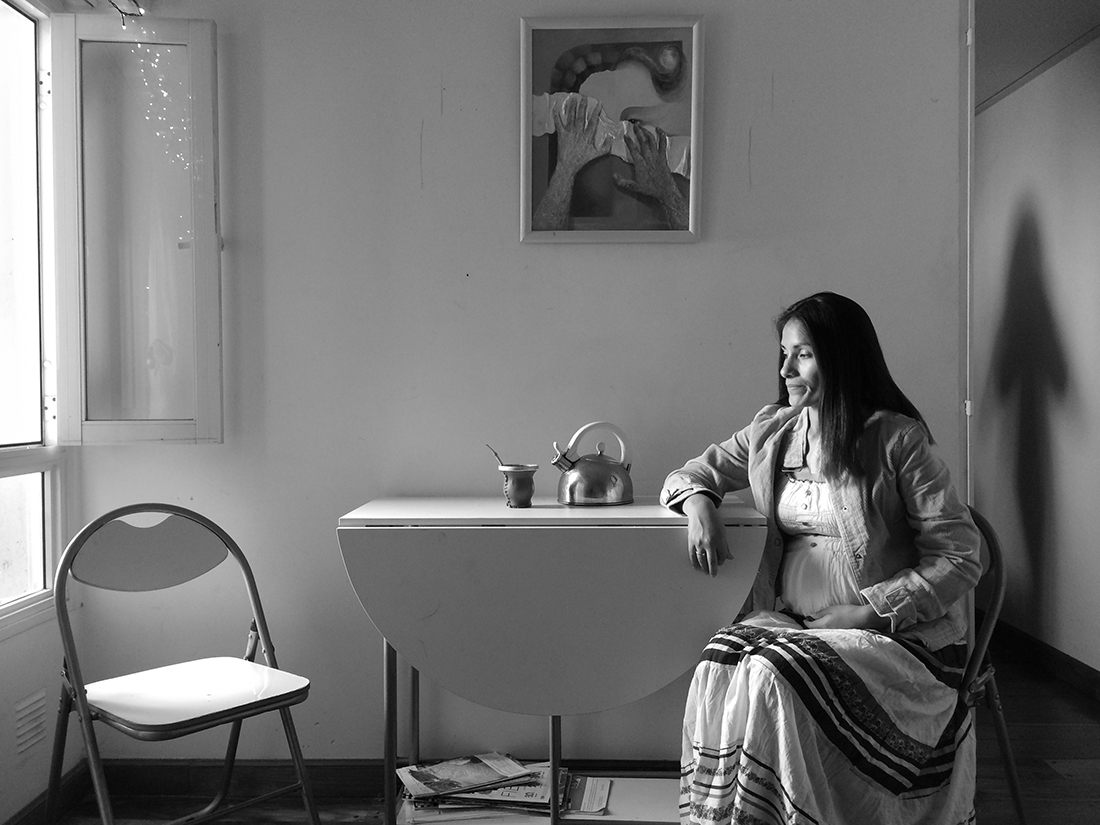 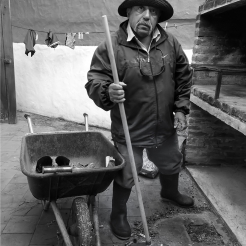 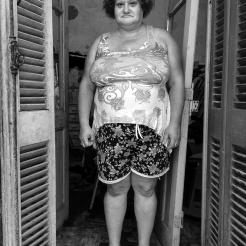 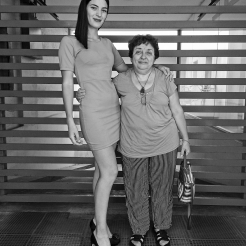 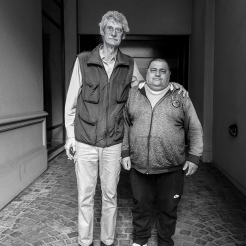 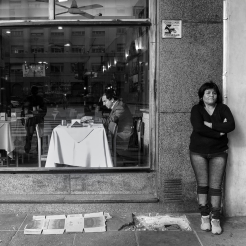 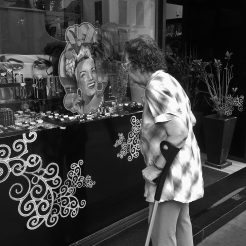 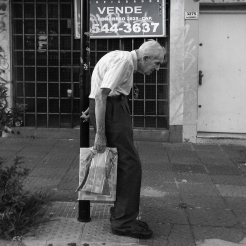 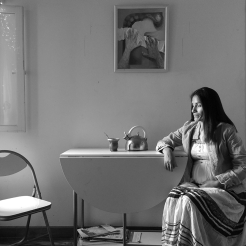 I always looked at the world through a misshapen lens. I always framed things from a particular angle, run from place. For me, the city and its inhabitants are characters within a play, an imaginary staging that combines the everyday with science fiction, the earthly with the sacred, the fiction with the documentary.
For years I have been building a gigantic archive of my own images, photographs of people taken at random, in a corner, in some bar, who look scared, run away from something, or just drag their lives when walking. They are anonymous beings who, for some reason and without knowing it, ended up posing for me. Today, in this fantastic and insane reality that we have to live (pandemic), I feel that finally I fell short, that everything I imagined and fantasized about mankind does not reach, it does not even come close to what is imposed as reality today . Then I am surprised reviewing again the registry of my own images and I discover that everything was there, in their looks, in their fears and loneliness, in the suspicion that something invisible was lurking: the plague itself about to emerge.
What if each of these characters were pieces of a puzzle, archetypes imposed by someone, or something that was presented to me for a specific reason? What if I unknowingly were in charge of ordering them and giving them some logical sense to understand the madness we are experiencing, the absurdity of this reality? Sometimes I feel like one of those characters (from a class B movie) who unintentionally finds himself involved in a police plot, and that he must solve, with his own images, the mystery of the human race and thus save the world. Well, or something like this...