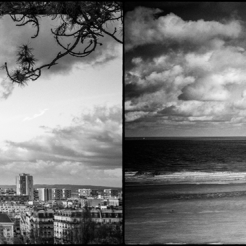 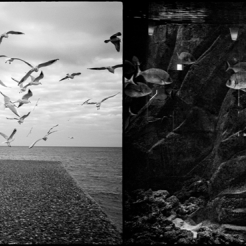 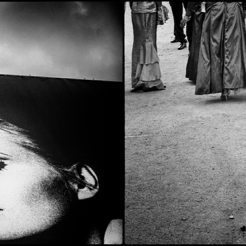 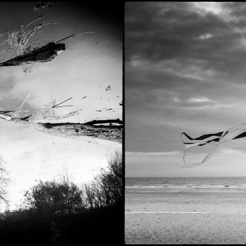 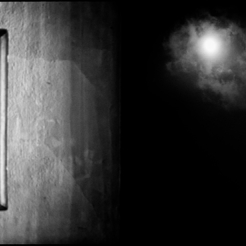 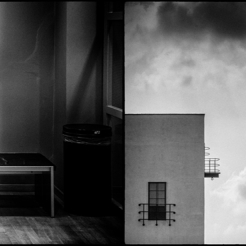 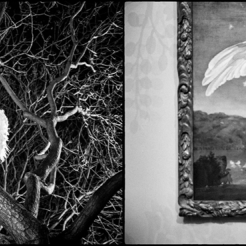 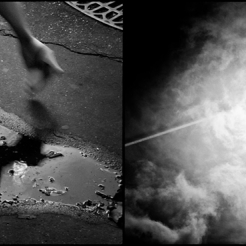 TITLE: The illusion of reality

These diptychs, a long term work, illustrate a feeling that regularly runs through me, the feeling of witnessing a moment of reality that both escapes me and seems so customary.
Two eyes, two images.
Impalpable feeling.
Familiarly singular. Singularly familiar.
From the detail to the whole, from the distant to the intimate, from the obvious to the hidden, from the certain to the unexpected, from knowledge to oblivion, a particular conversation creates between different places, spaces, times, in a common universe.
My double nationality, surely, pushes me to dissociate myself, to put myself in opposition and in harmony. What is identity, what is reality when one feels cut in two, shared between two passports, two cultures, two homelands, two continents?
Putting images into dialogue is a natural, vital need. There is no exchange without discussion.

French-Algerian photographer I was born in 1972. I grew up in Algiers then moved to Paris. After completing a degree in media studies at the ETPA (Ecole de Technicien Polyvalent en Audiovisuel) in Rennes (France), I began to work as technical coordinator of the Grand Gallery of Evolution at the National Museum of Natural History in Paris. I then redirected my career towards creative TV and radio sound design. Since the early 2000s, my work has been entirely devoted to street photography.

prev
next
Close
1/8
Samir Belkaid - The illusion of reality