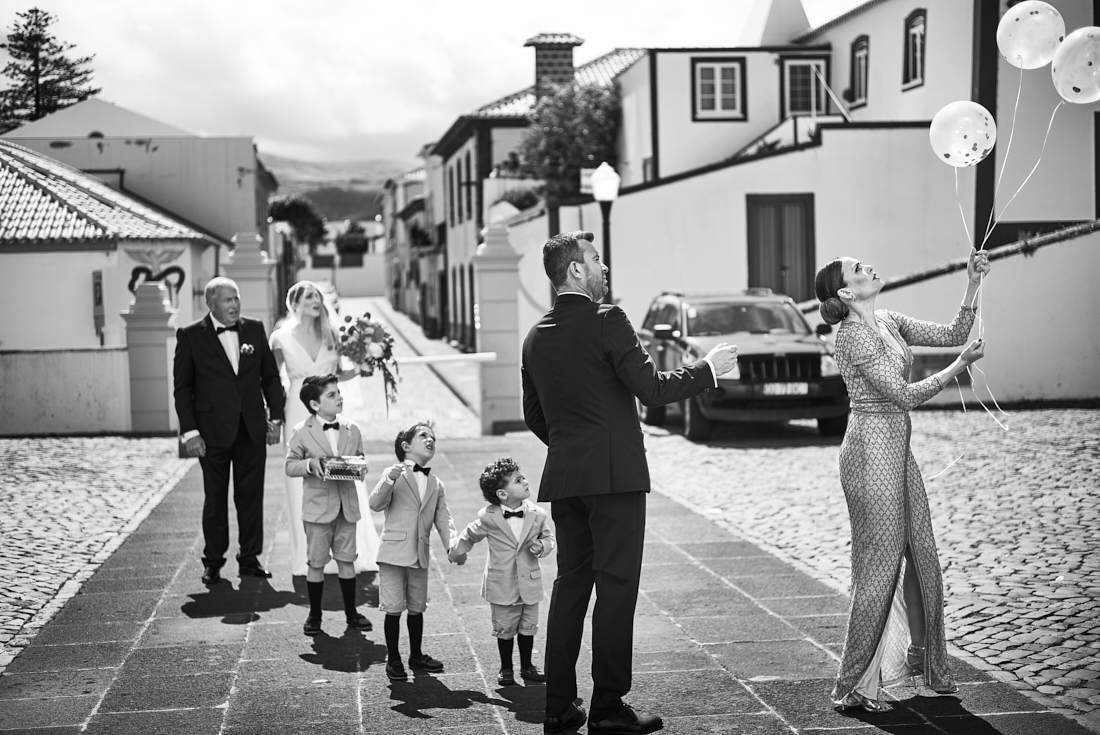 It wasn't easy to control the balloons at the church's entrance. Terceira Island, Portugal.

Rui Caria was born in Nazaré in 1972. His career in the image area began in 1990, making small commercial movies. In 1993, he became correspondent for a national television channel, TVI, where he remained as a camera news reporter and editor until 2003. In 2005, he moved to Terceira Island in the Azores, where he began teaching media courses in Professional School of Praia da Vitória. He’s a reporter and correspondent image editor in the Azores region for a main national TV channel, SIC, since 2006. He collaborates as a photojournalist with several national and international newspapers. His photographic work is internationally recognized by the editors of major photo sites such as National Geographic, 500px, 1x, Leica Fotografie International, Getty Images, among others. He was interviewed by National Geographic and other several sites and prints concerning photography thoughts and winner of three Leica photography contests; several pictures have been marks of excellence in those contests. It was in 2014, third place in the Photo District News contest and finalist in various international competitions of photography. His photos are published in various international photography books. It has several photos published in the national press and international publications such as the Telegraph, Daily Mail , Metro New York and Metro Luxembourg, among others. Rui Caria is a Getty Images contributor. In 2016, Rui won the silver camera in photojournalism, by FEP - Federation of European Photographers, in the european photographer of the year 2016 competition.
SHARE
Support this photographer - share this work on Facebook.
< BACK TO GALLERY