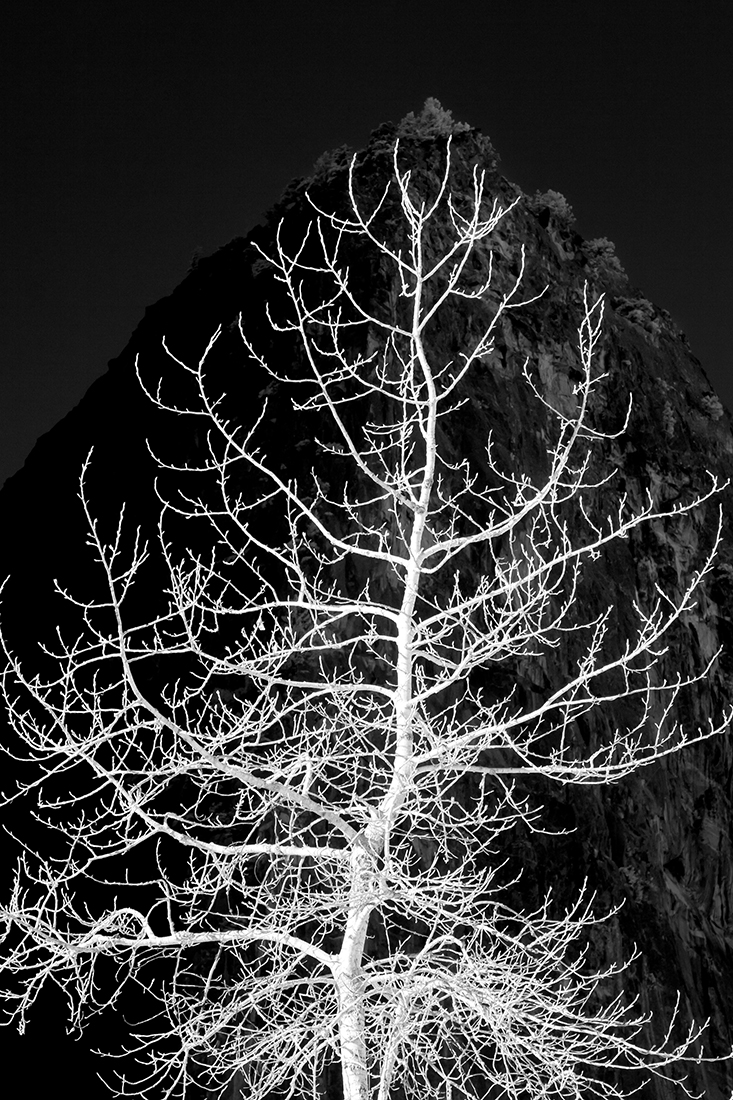 This photo is 1 of 50 in my Expressions of Infinity portfolio of science fiction and natural history inspired imagery. This barren winter tree illuminated by sunrise in Yosemite Valley fit nicely into the shadowy mountain behind it forming the illusion of a leaf. It illustrates a root architecture throughout all things in the natural world regardless of scale.

Whether it’s the water that quenches us, the air that sustains us, the food that nourishes us, or the connection we share with all living things, it is imperative that we balance the need for “jobs and growth” with the simple ability for all of us, regardless of economic status, to survive and thrive on this planet.
SHARE
Support this photographer - share this work on Facebook.
< BACK TO GALLERY