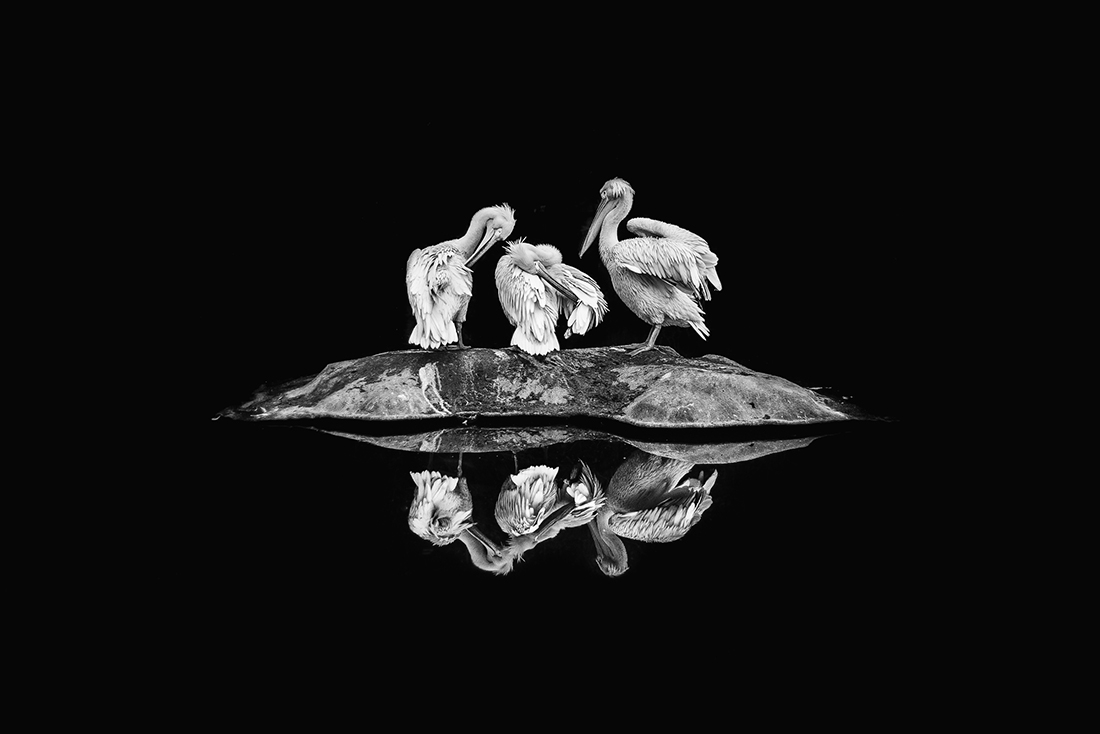 Three pelicans reflected in in pond.

She has been involved in both small and large scale projects, such as documentary feature and short film and video production. She creative directed numerous commercial advertising videos and post-produced even more.
SHARE
Support this photographer - share this work on Facebook.
< BACK TO GALLERY