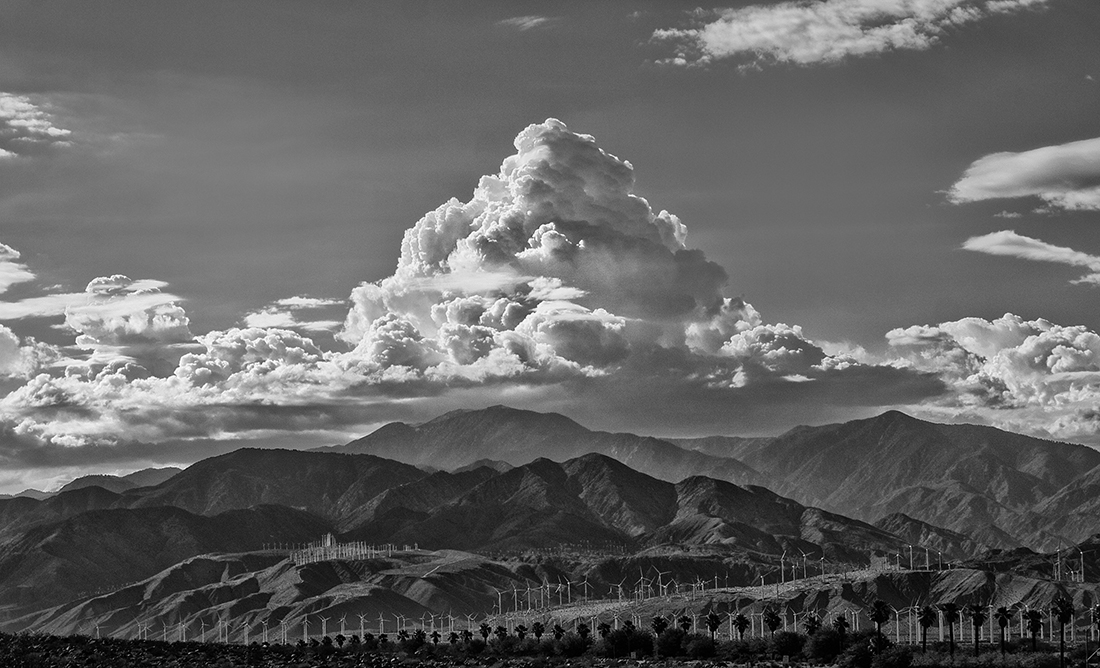 A pyramid of clouds hang over Mt. San Gorgonio with windmills in the foreground.