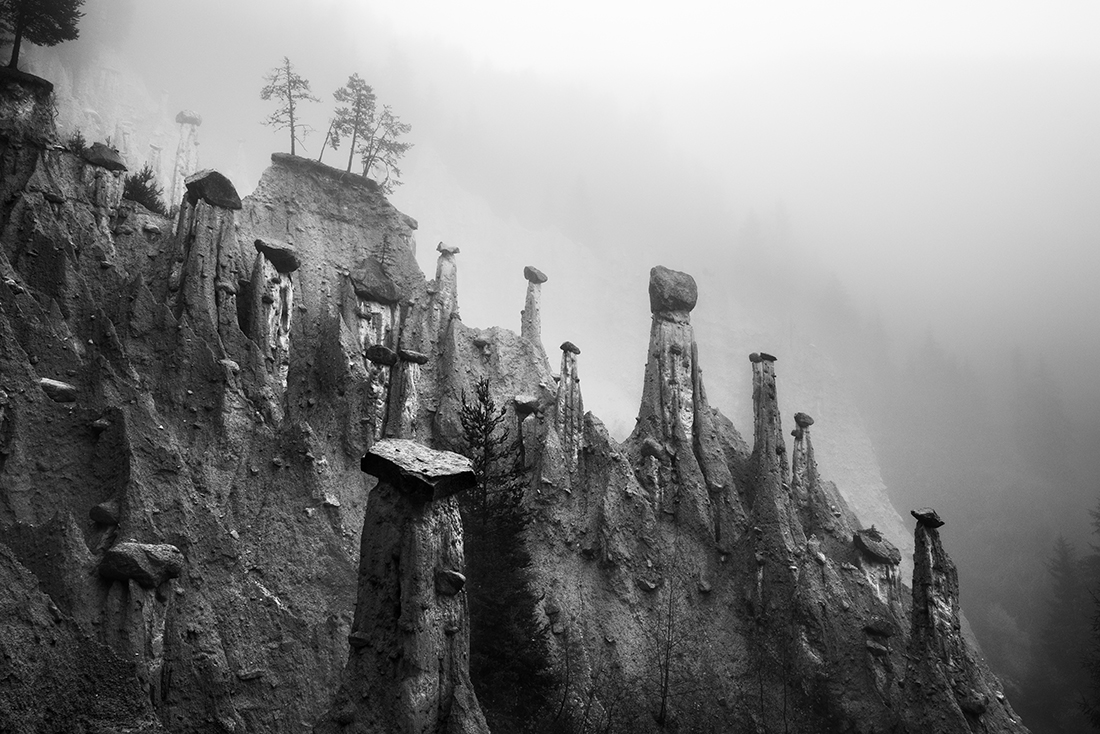 During my recent trip to the Dolomites in late October I had the opportunity to visit breathtaking sceneries.
Due to bad weather, we had to change destinations, and this place was not listed in our program.
This landscape is called Pyramids of Plata and it's characterized by natural sand towers, covered with large boulders.
These pyramids were formed centuries ago due to erosions and storms and will be destined to change shape over the years, as well as the seasons.
The alternation of the seasons and the succession of torrential rains indeed cause the erosion of the ground and the creation of new pinnacles.
The boulder at the top of the pinnacle has a protective function: it protects the sand tower from torrential rains by slowing down the erosion process.

Marco Calandra was born on 11th December 1989 in Gothenburg (Sweden). His interest in photography started in 2010, after buying a compact digital camera to keep all the memories of the summer of that year. After abandoning his studies in Engineering Management and after the enrolling at the Academy of Fine Arts of Catania at the Technological Arts course, he decides to take the plunge by buying the his first DSLR. His passion for photography increases over the years by reading magazines, books and photoblogs.
In the 2014 he wrote the thesis on "The Unreality of the photography", achieving the highest grade. In the same year he decided to continue the last two-year in specialization of Photography and finish his studies with a complete degree .
In the 2015 after having used and experienced with the APS-C, he decided to move to the next level by purchasing a Full Frame.
His academic career ended in 2017, by writing a thesis named "The silent landscapes" achieving the highest grade.
Share
Support this photographer - share this work on Facebook.
< BACK TO GALLERY