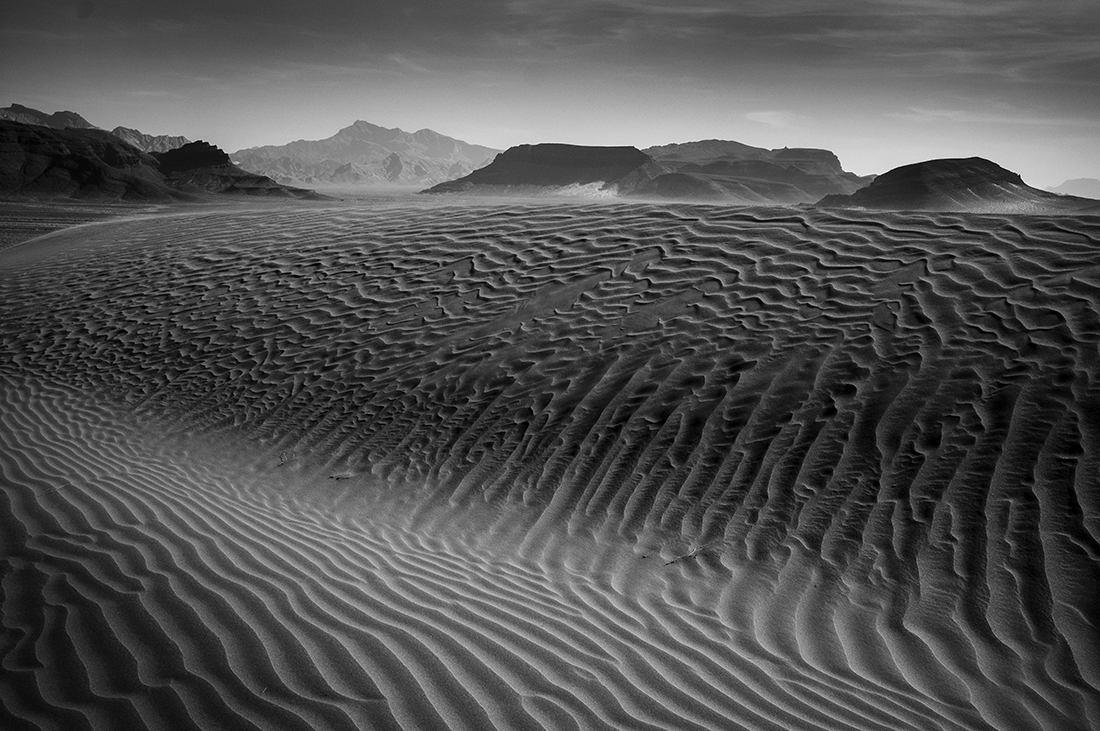 I have traveled the Iranian deserts for quite some time. Every time I am on my way back, I am looking forward to return soon. We got to know each other little by little. Something I appreciate about desert’s nature is its silence and awesome magnitude. The persistent drought will not bow to the human presence and the tranquility swallows his need for attention. Its beauty leaves the spectator awestruck. My photographs aim to deliver this sensation.

Basim Ghomorlou, born in 1984, is an Iranian photographer who focuses on Nature and Social Documentary. His dominantly back and white photographs include digital work; however, his specialty is analog photography.

Since 2000 he has traveled Iran’s nature, urban and rural areas to capture a country in transition. His work was shown in solo exhibitions in the Iranian Artists’ Forum (Khane Honarmandan) Tehran, the Isfahan Museum of Contemporary Art and galleries around the country. In 2011 he was the first photographer to organize a photo exhibition in a remote village in Khorasan, where he has taken photographs regularly for ten years.

In 2016 he moved to Germany and continues his projects in Europe. He exhibited his works in Brussels, Strasbourg, Venice, and Bonn among other places.

His work has been honored by IPA Awards, ND Awards, Monovisions Awards, and Glanzlichter Awards among others.