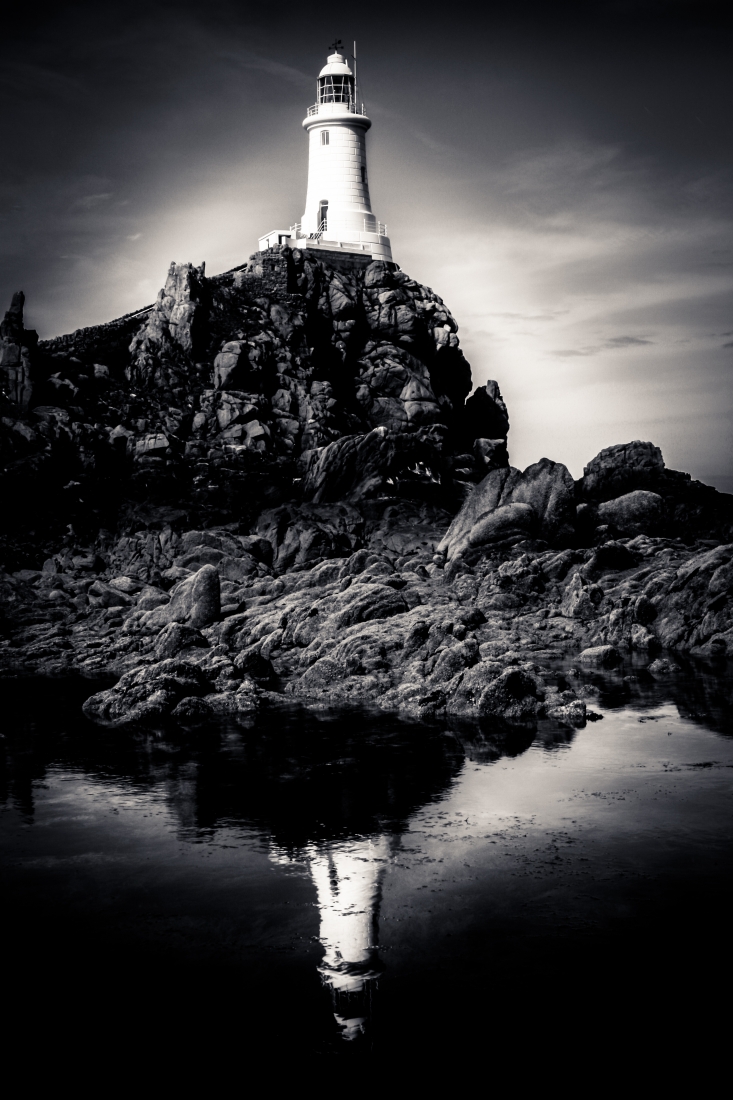 La Corbiere sits on a large rock off the coast of Jersey, Channel Islands. This lighthouse is only accessible when the tide is out. A long walkway connects the lighthouse to mainland. During a walk I visited the walkway at low tide and came across a large rockpool situated underneath the lighthouse. Its reflection was clear in the rockpool and I thought this would make an interesting picture. Changing the image to Black and White allowed me to bring out the detail in the rocks and help the lighthouse and its reflection stand out. I wanted to capture an image that connotes the importance of this building to those on land and those who work at sea.