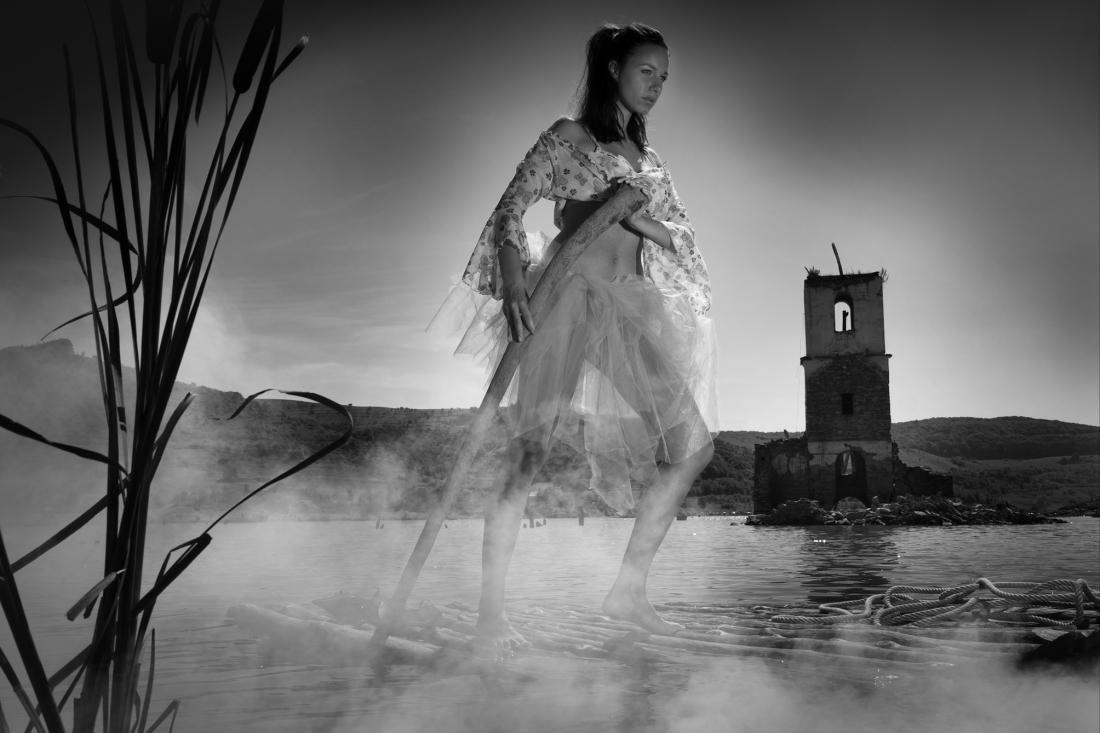 Once, there was a village in the place of the lake. In Romania, during the comunism, this was one of the villages that was flooded artificially to make a water dim. On the bottom of the lake there is the small village, Bözödújfalu, with its 180 houses. The legend says it, that the lake has a spirit. This has inspired me in taking this photo.

Előd Bálint Erdély was born in 1976, in Odorheiu Secuiesc and already in the beginnings of the ’90s, he started to deal with the art of photography. In 1995 his photos were exhibited for the first time and this milestone is considered as the starting point of his professional career as a photographer.
After graduating at the János Bányai Technical High School in Odorheiu Secuiesc, between 1999−2004 he worked as a cameraman at the local television. This experience provided a solid foundation for shaping his view on how responsive he percieves different topics. From this point on, his way of expression, as a mixture of his own interests and the subjects of the outside world, started to evolve. At the same time, he also started experimenting with the beauty of the body as a theme.
In 2002, he received the second prise in the section of art at the photography contest organised by the Playboy magazine. Obtaining this prise helped him realising his first individual exhibition in his hometown. He is also interested in off-studio photography, as well as in anthropocentric themes, which he preferably likes working on since then.
The genre of sociophotography is also an area which is very dear and close to him. Either from personal motives or by taking part in different photocamps (since 2001 he has attended 15 events held in Transylvania), he often takes photos mainly of the villages’ everyday life in order to preserve them for posterity. When a particular topic engages his focus, he returns back from time to time, even for days, sometimes for months, to work on it. No matter what, it can be a person, a life story, a traditional craftsmanship or a marginalised place – if the photographer from Odorheiu Secuiesc finds it inspiring, he tirelessly carries out the final result. Between 2003−2004 he received a grant provided by the National Cultural Fund of Hungary for artisticly immortalising of the Szekler villages’ current state.
Beside his activity in art photography, in the beginnings of 2000 he started working in the production of feature films. Having gained useful knowledge in conenction with experiencing the intimacy of the camera had a great influence on him. This impact could also be the reason why Előd Bálint Erdély as an artist cannot be clearly labelled as a representative of any art movements.
Finding and keeping the balance between acquiring a livelihood and being an artist is considered as one of the greatest challanges of his professional career. For more than 10 years he has been trying to earn a living for himself and for his family by maintaining his own studio that produces and sells product and advertisement photos of premium quality.
Előd Bálint Erdély
He was born in 1976, in Odorheiu Secuiesc.
He regularly takes part in the photocamps organised by the Cultural Center of Harghita County, and he is also the studio photography teacher of the photography courses held by the same institution.
Between 2003−2004 he received a grant provided
Share
Support this photographer - share this work on Facebook.
< BACK TO GALLERY