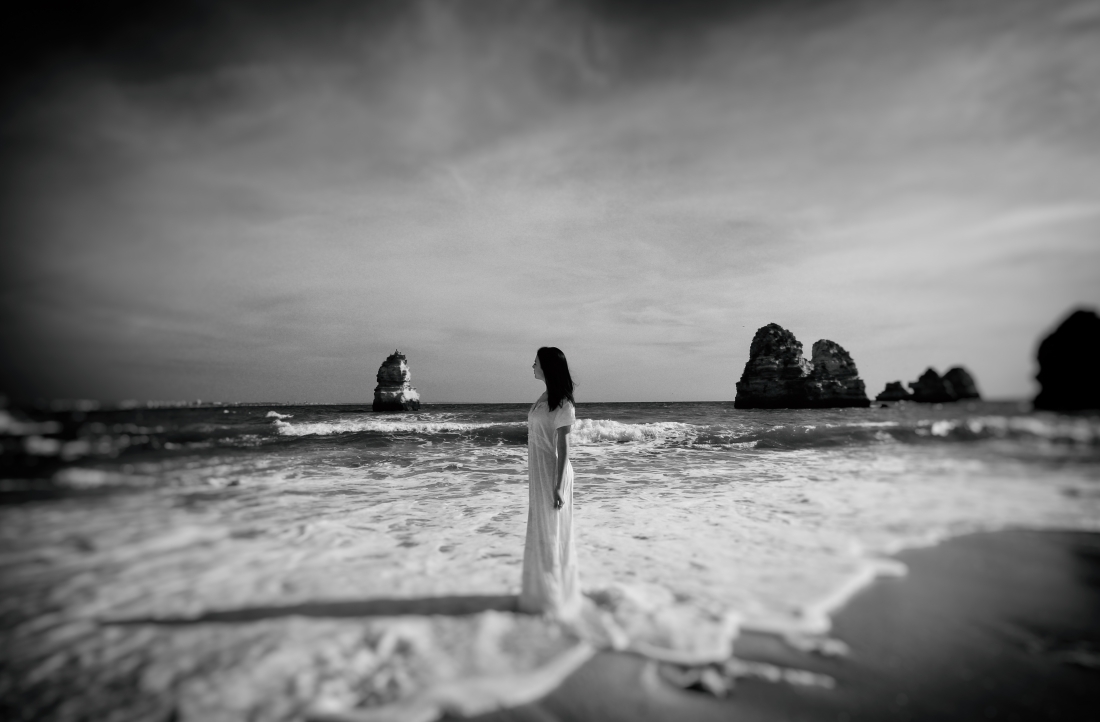 A young woman walks along the beach, watching the ocean ... is she looking for someone ... or just the ocean itself in its immensity of its own Soul? ...