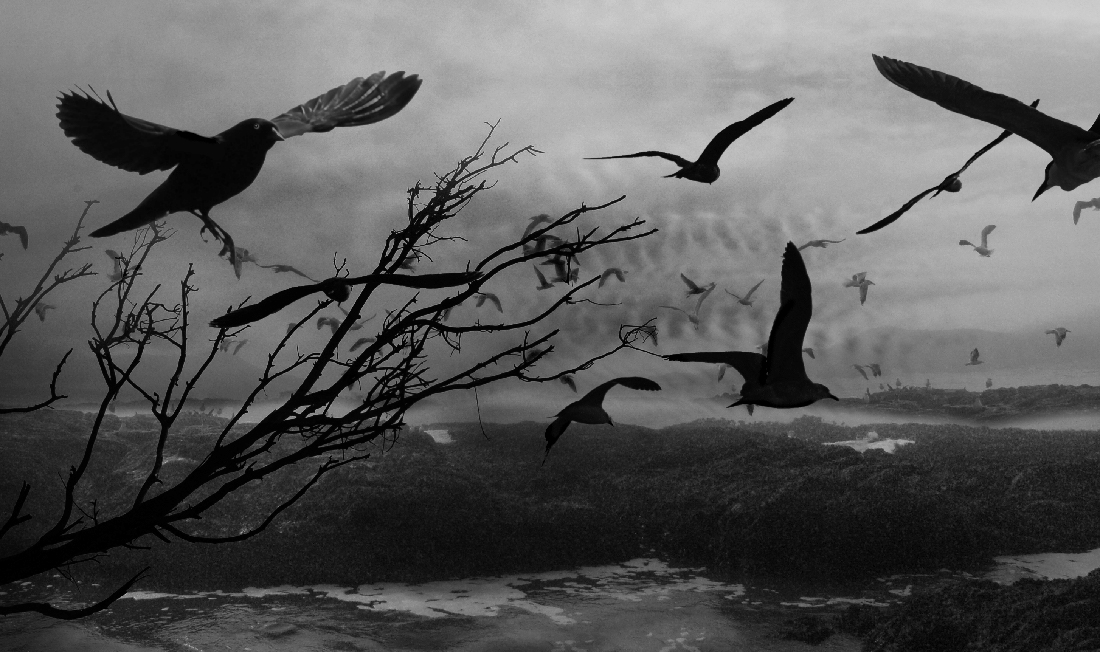 A photocomposition inspired by the suspenseful and mysterious movie "The Birds".

Philippe Cailloux is a French-American designer. After graduating from ENSCI, a world-leading design institute based in Paris, Philippe moved to California where he lives with his family since 1996.

During his carrier both as Adobe Systems' first Principal Designer and head of design for several digital media companies, Philippe has always had his hands in some form of digital media technology.

But it's only in 2005 that Philippe started his personal artistic journey. After joining the Palo Alto Camera Club, Philippe embarked in a visual exploration of our everyday world which he likes to reframe. He enjoys creating colorful abstracts, minimalist compositions, and other intriguing montages.
SHARE
Support this photographer - share this work on Facebook.
< BACK TO GALLERY