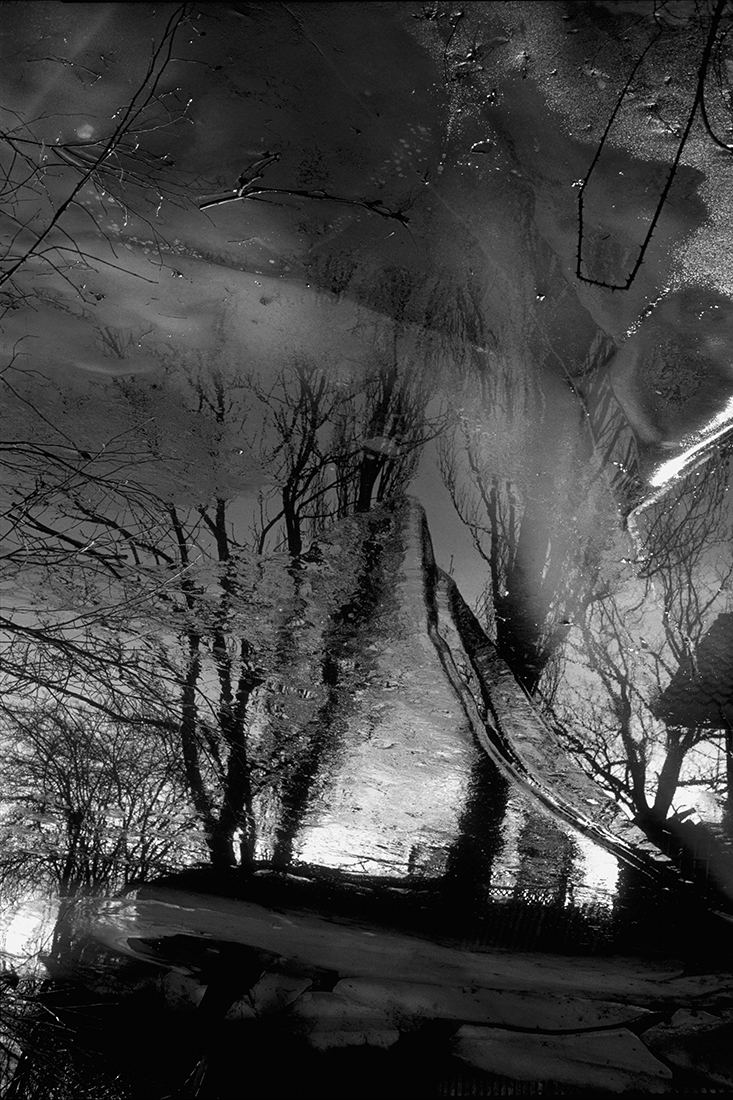 Photo © Benjamin Borisch
TITLE: Trees are reflected in the Ice

The transformation of matter, or rather of materiality, runs like a red thread through the photos of this exhibition. The seemingly firm trees of the Elbe bank are transformed into ice and water and become an independent picture of drifting lines. Broken ice surfaces indicate waterholes reminiscent of wells. In the wintry black and white of nature there are paths and tracks to follow. Again and again, it is the metamorphoses that the photographer is looking for. One almost thinks he is chasing after them, or lurking on them. Even Siddharta in Hermann Hesse's story sits for a long time by the river, looking at it thoughtfully, its essence and its transformation, to finally realize that there is no time, because the river, which absorbs all images without reputation, is everywhere at the same time. He picks up, transforms, superimposes and finally carries all the pictures in and with himself. There is no distinction between NOW and LATER. There is only ONE picture, ONE experience. It is this synopsis of the different materialities that enables the artist to hold on and make it accessible to the viewer. It is like the river in "Siddharta" nothing too low. A tree shadow, a broken ice floe, a crystalline structure are enough for him to perceive and show the eternal breathing of nature.

Close
1/8
Benjamin Borisch - Trees are reflected in the Ice