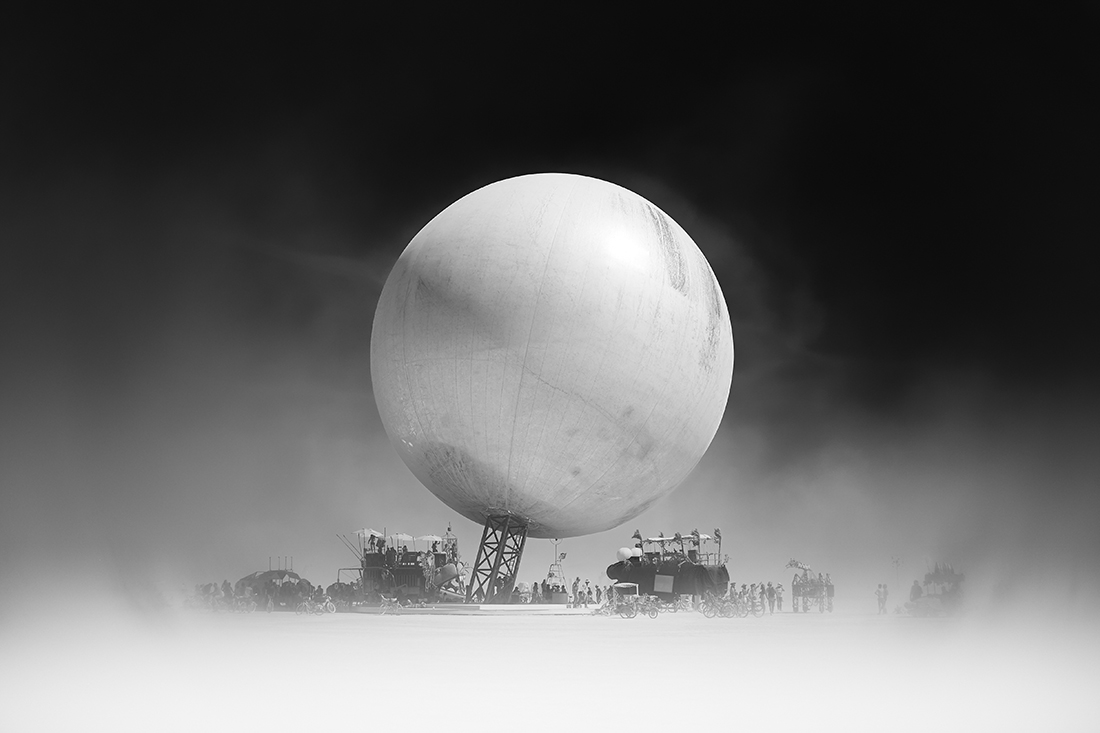 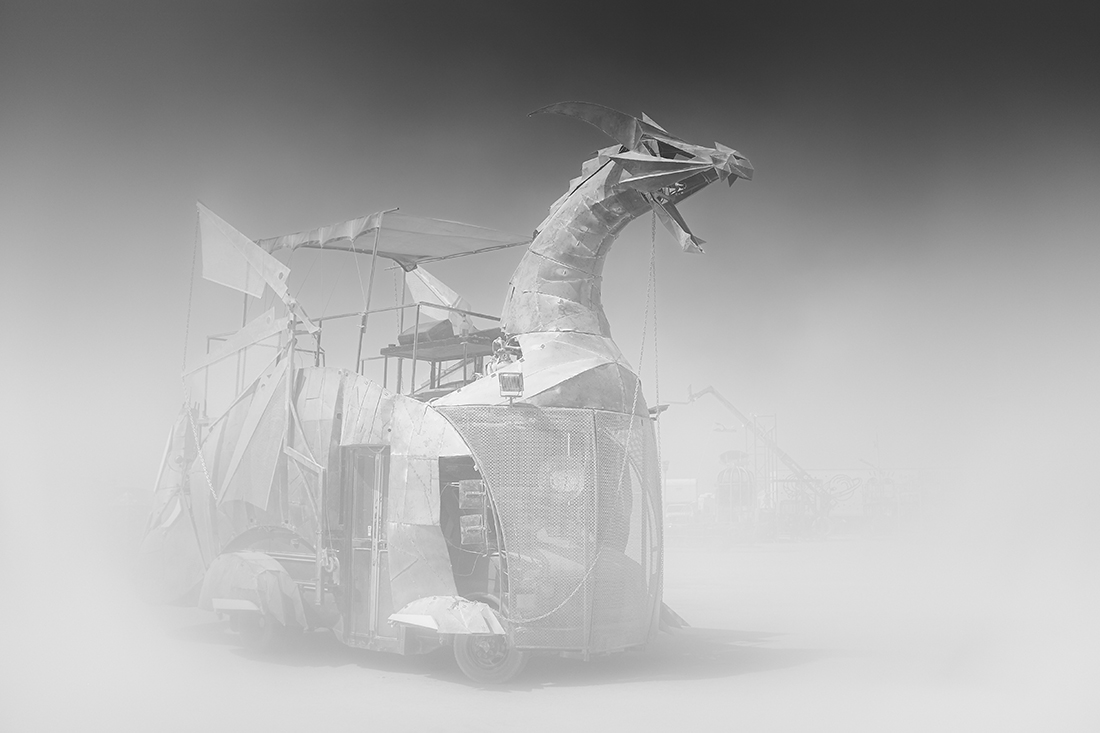 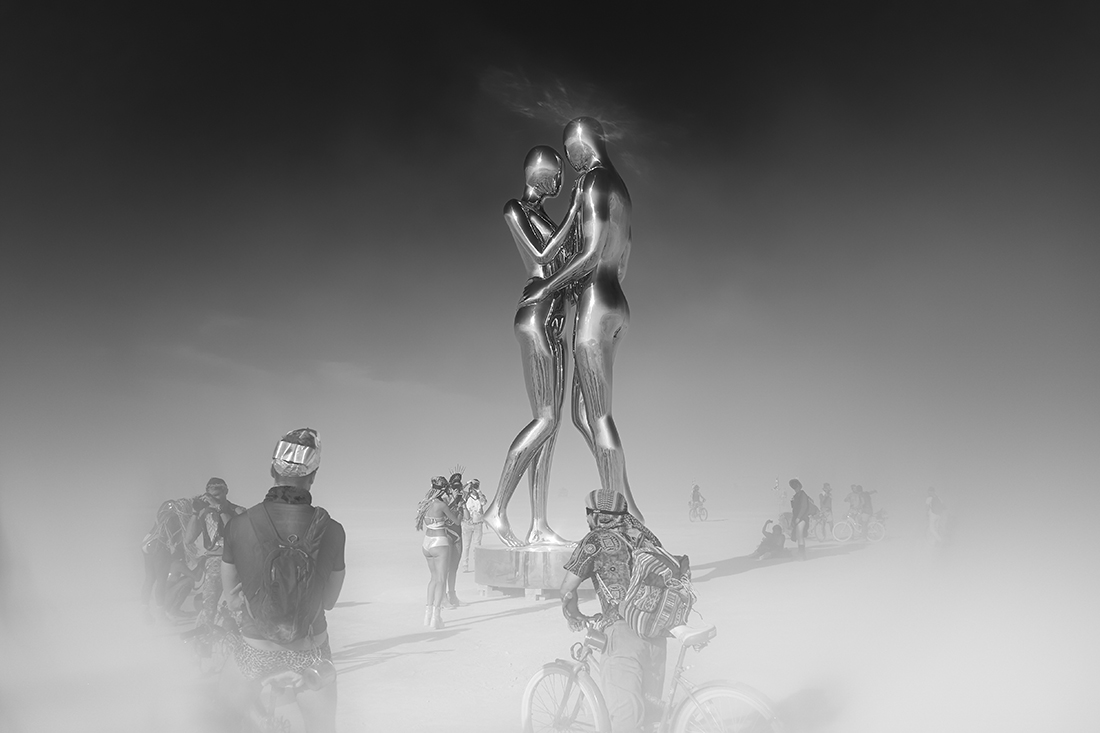 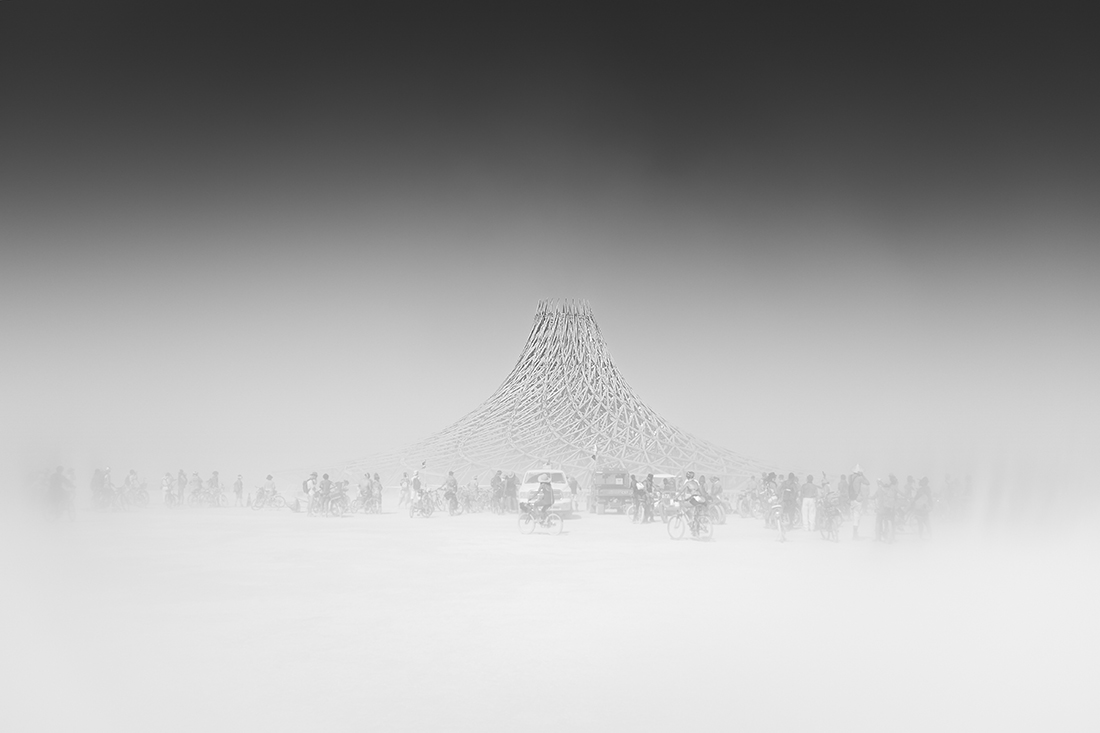 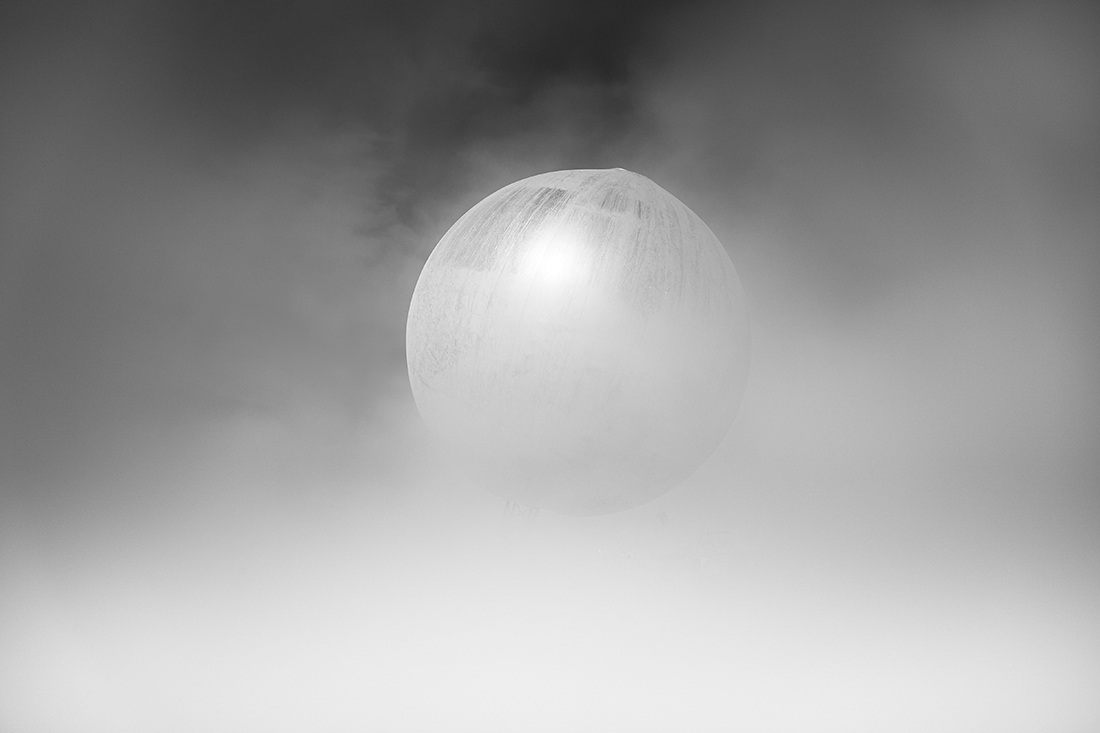 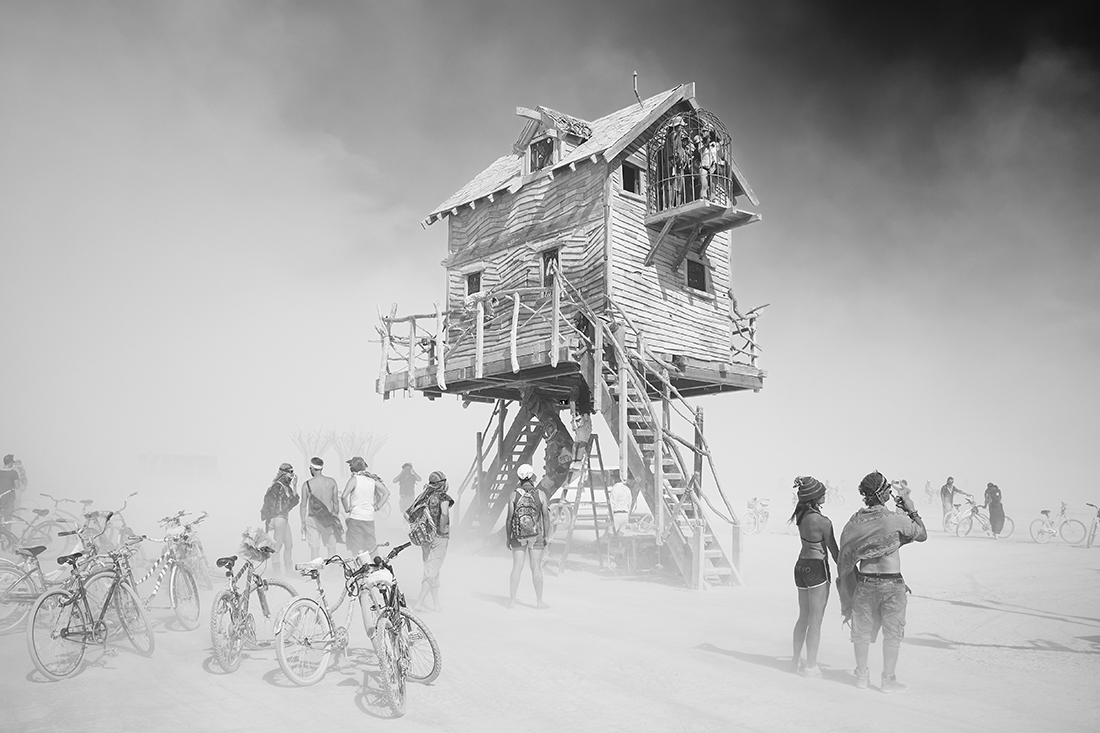 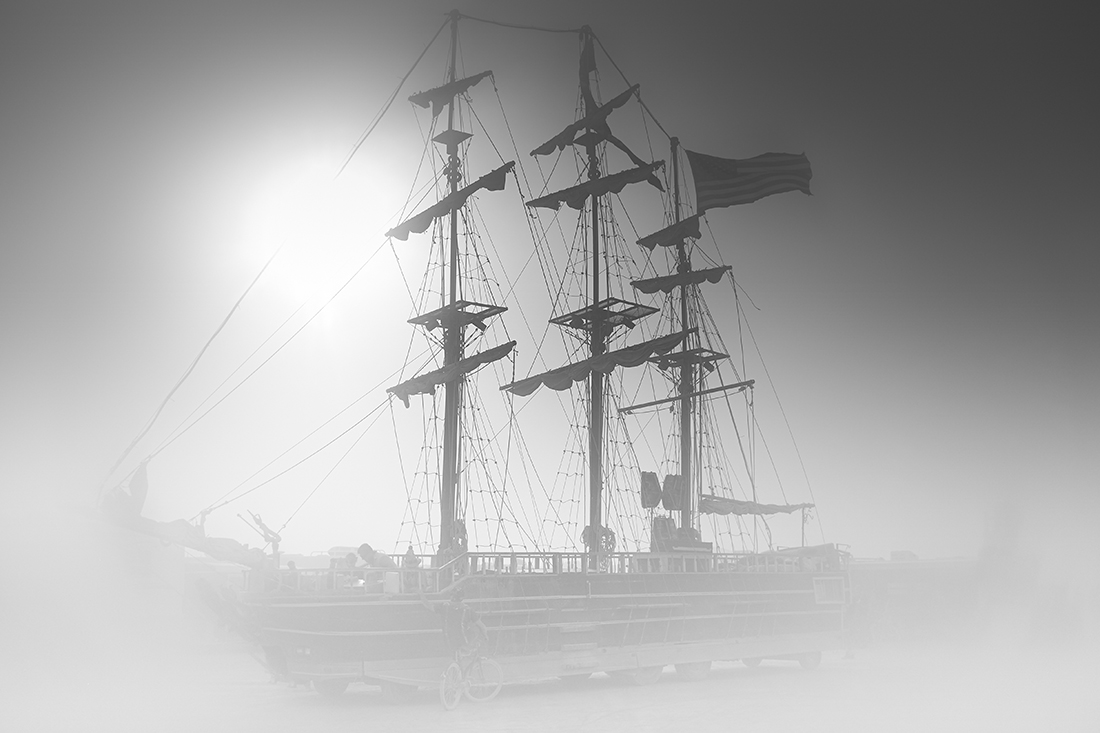 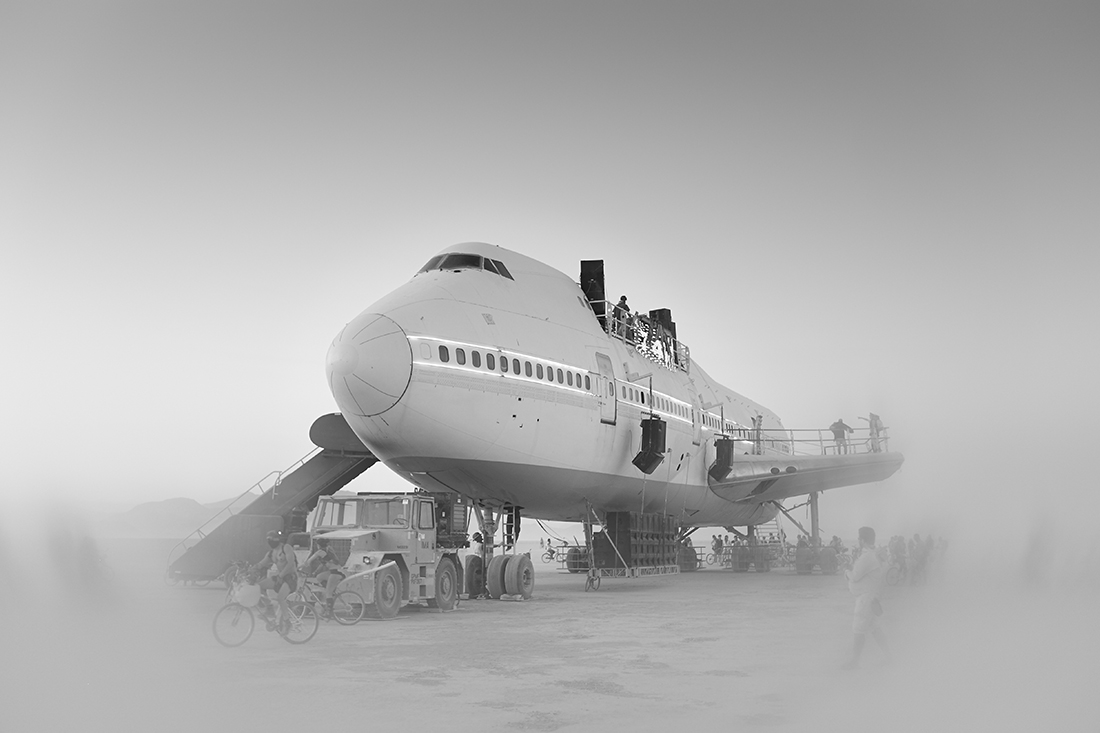 The Black Rock Desert is a semi-arid region, of alkali flats, situated 160 km north of Reno, Nevada that encompasses more than 120,000 ha of land. It is a rugged land serrated by hundreds of mountain ranges, dried by wind and sun, with spectacular skies and scenic landscapes. In spring the playa is flooded naturally for about a month and later dries out, leaving a sediment of super fine dust. Dust storms are frequent in the area and these can sometimes be severe with zero visibility. The region is known as a venue for rocketry, for setting land speed records and it is also the location for the annual Burning Man art festival that displays numerous sculptures, fantasy vehicles and structures. The dust storms render these strange creations in a completely surreal and constantly changing light, and I feel that this appears very strong in black and white. The photos was taken during my visit in August 2018.

I am a photographer based in Copenhagen with a master degree from The Royal Danish Academy of Arts School of Architecture in 1999. Commercially I specialise in architectural photography and have been published widely by the architectural press such as Phaidon, The Architects Journal, Architectural Record, Octogon and A+U.

My professional career started as in-house photographer for Future Systems in London while participating in the design and building of Selfridges Birmingham. Here I developed a bold and clean visual style characteristic of the studio, combined with strong perspective elaborations and compressions often to emphasise the feeling of double curved space, but also the classic approach of precision, light, timing and attention to detail.

My personal work is focused on projects with a spiritual approach, exploring time phenomena, the unplanned and the intersections between dream and conscious space. I am driven by a hearty curiosity and often exploring alternative methods of capture, development and printing, including analogue technology. As part of my explorations I have in recent years taken up street and landscape photography, particularly when travelling.
SHARE
Support this photographer - share this work on Facebook.
< BACK TO GALLERY