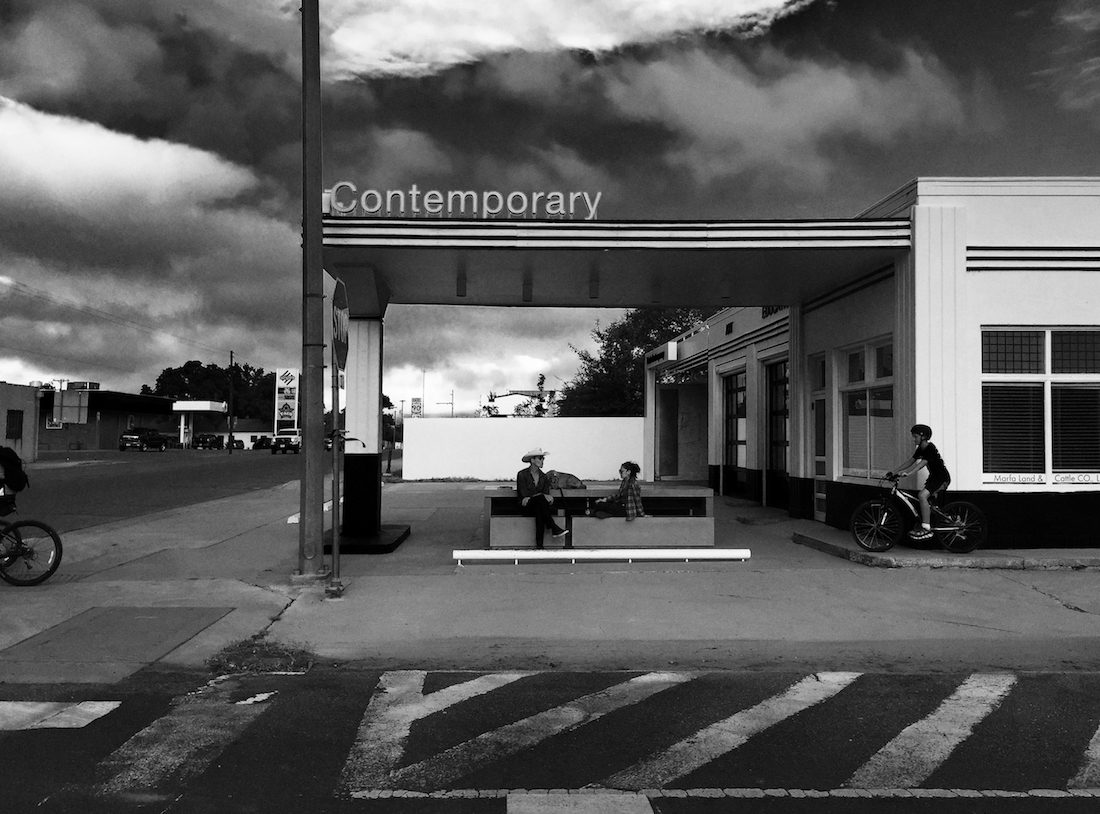 An hour from the borders of United States with Mexico, between ghost towns, black cowboys and streets of solitude, there is a city in the desert: Marfa, less than 2,000 people. It seems like hiding among large grasslands, large signs of mystery lights and moored balloons as secret radar platforms. Old warehouses and gas stations seem to be the set of a Texan Cinecittà, the golden age charming studios in Rome. "There is nothing here. But it is beautiful", says a cowboy under the dark sunglasses. Borderland, where everything seems (apparently) melancholy and crystallized, but where to feel at home.

Laura Sansavini (Forlì, 1983) lives and works in Rome. After studying Classics, she graduated from the University of Bologna with a BA in History of Contemporary Art. She received a MFA from the Academy of Fine Arts in Brera. Later, she specialized in investigative journalism and photojournalism at the School of TV and Radio Journalism in Perugia, at the London School of Journalism and at ISFCI, the Superior School of Photography in Rome. She goes into her visual research with frequent travels to the US, Southeast Asia and Europe. She has joined the Rai TV group as professional journalist and realized many news reports, following editing and photography. Since 2017 she has been exhibiting in photography competitions and she was selected as finalist artist at the international Arte Laguna Prize in Venice. In 2018 her works were exhibited in Italy at the Arsenal of Venice; in Rome (Rospigliosi Art Prize) and Ravenna (Camera Work Award).
Share
Support this photographer - share this work on Facebook.
< BACK TO GALLERY