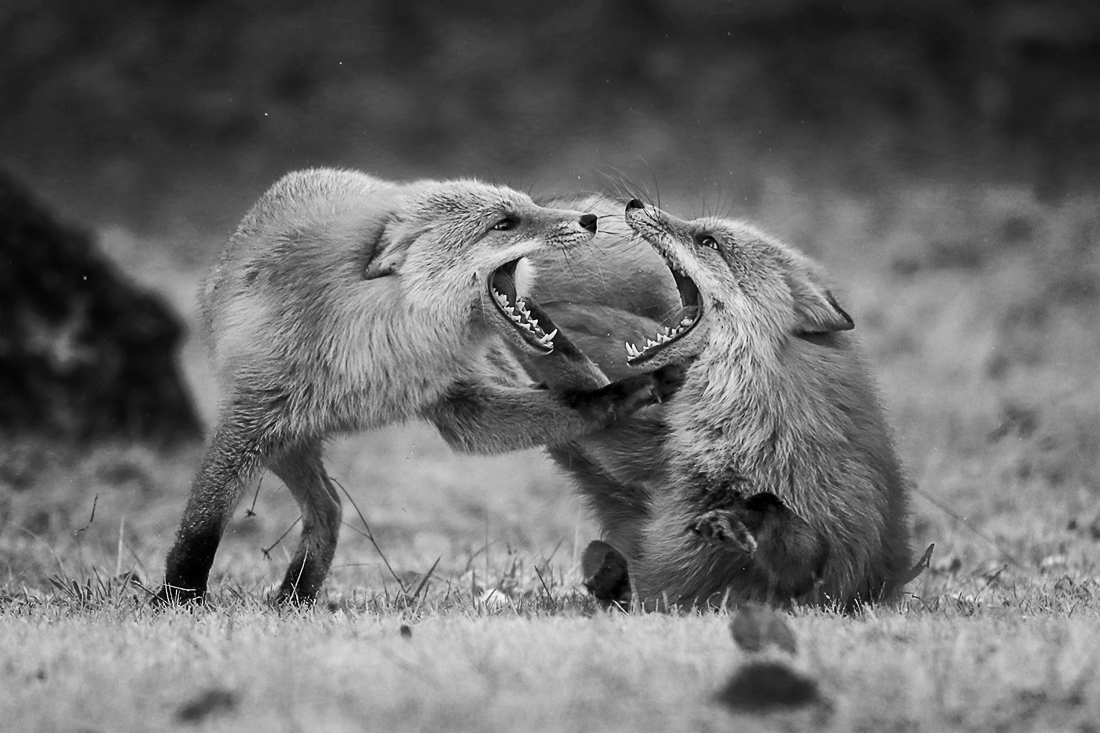 A fox broke into his mother's territory, his mom was very angry to him. Although the young male fox is not allowed to return to the parent's territory for their true independence, this young fox still seems to be unable to establish his own territory. In recent years, with the development of large-scale agricultural land, increasing the number of red foxes at a very fast pace may make it difficult to establish a new territory. (Hokkaido Japan)