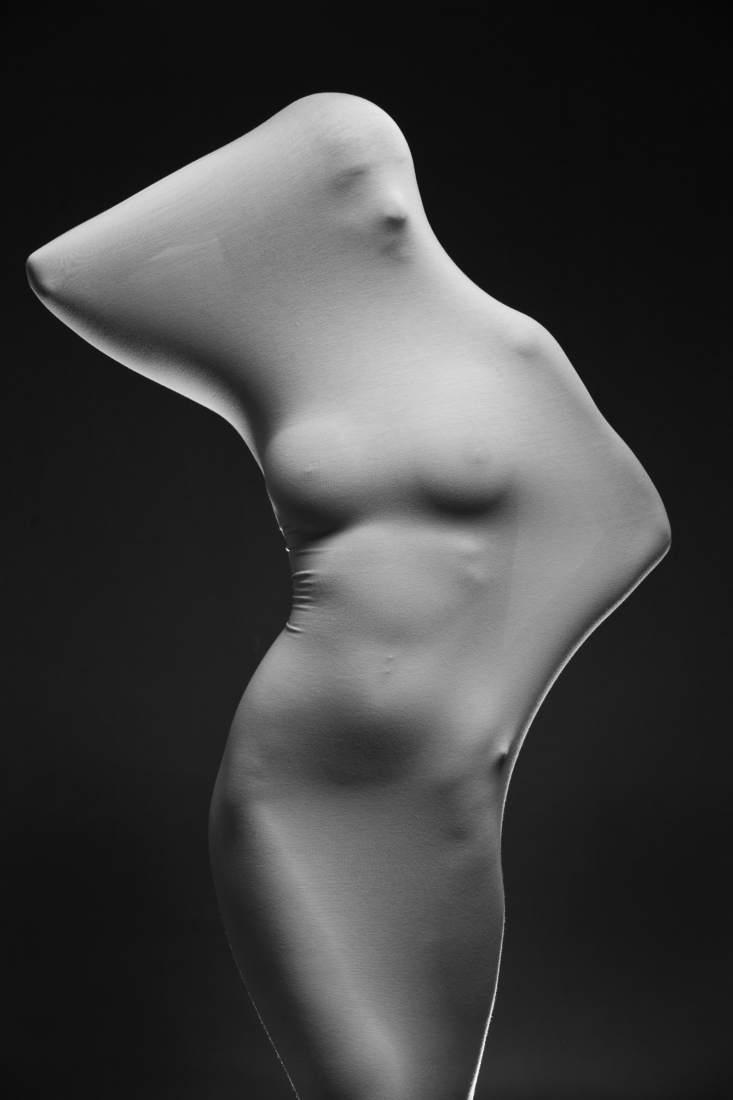 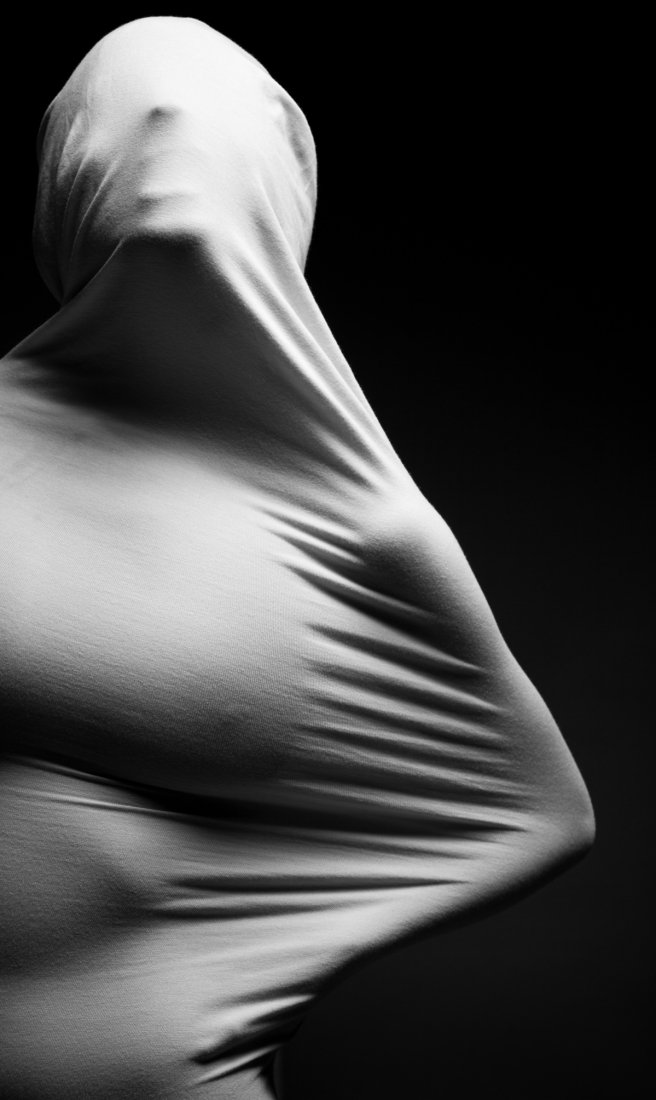 A compositional study which plays with the proportions with the help of the woman's body and light.