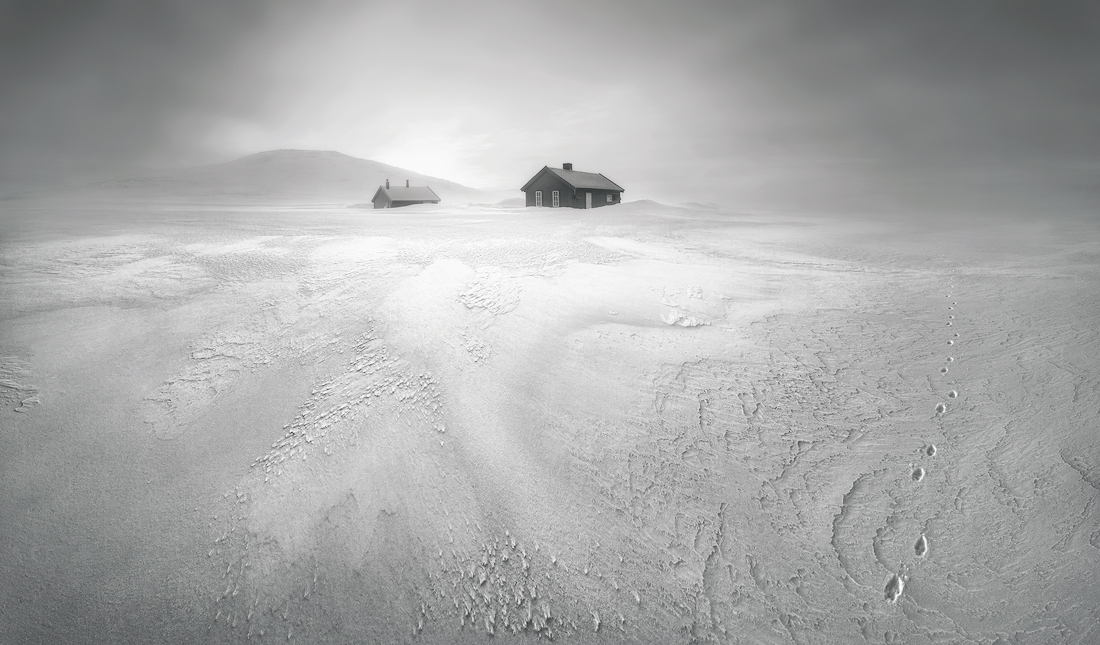 Extremely cold conditions in a remote part of the high mountain plateau of Hardangervidda National Park, Norway. The cabin seen in the image is an old isolated hunters cabin dating back at least a hundred years. It was our home for a couple of days during a week long skiing trip across this frozen wilderness. Wanting to highlight the frigidness of this early morning, I decided to capture the amazingly intricate wind blown texture, shaped by the winter storms that had wreaked havoc on the area. In the early hours a lone arctic fox passed by in it's relentless search for food in this barren wilderness. A very rare appearance by one of the most elusive animals in Norway.

After having scouted the area before sunrise, I discovered this snowdrift leading into the light and cabin. The cabin was just big enough in the frame while having a balanced scene with the fox tracks to the right and a hill to the left. I then captured the scene at the moment which gave the most dramatic but balanced light just before the sun broke the horizon.