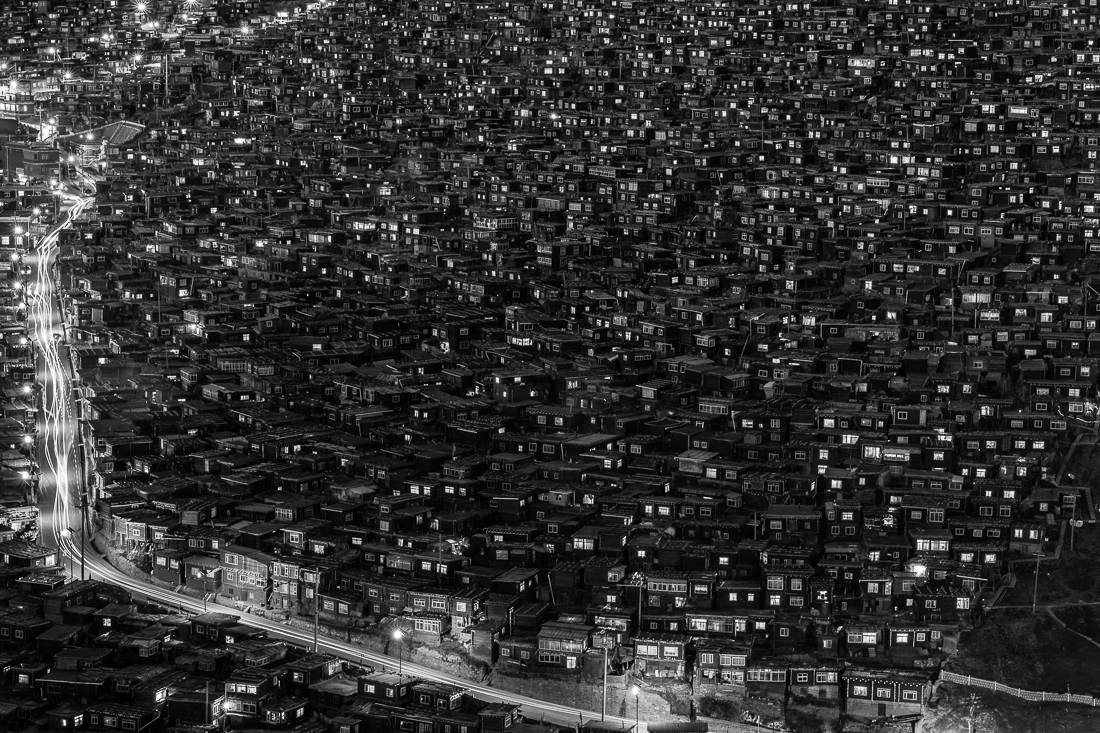 In the district of this 'Home' to Larung Gar Buddhist Institute , the largest Tibetan Buddhist institute in the world, founded in 1980, in which inhabited by more than 40,000 monks and nuns , students and pilgrims from all over the world.

Unfortunately, there is a domestic conflict between the government of China (Beijing) and Tibet. In result, the government closed the area from outsiders, and demolished a large part of the housing and reallocated the monks become 5,000 only at the end.

The reason given by the local government is the 'obligation corrections and improvements'.