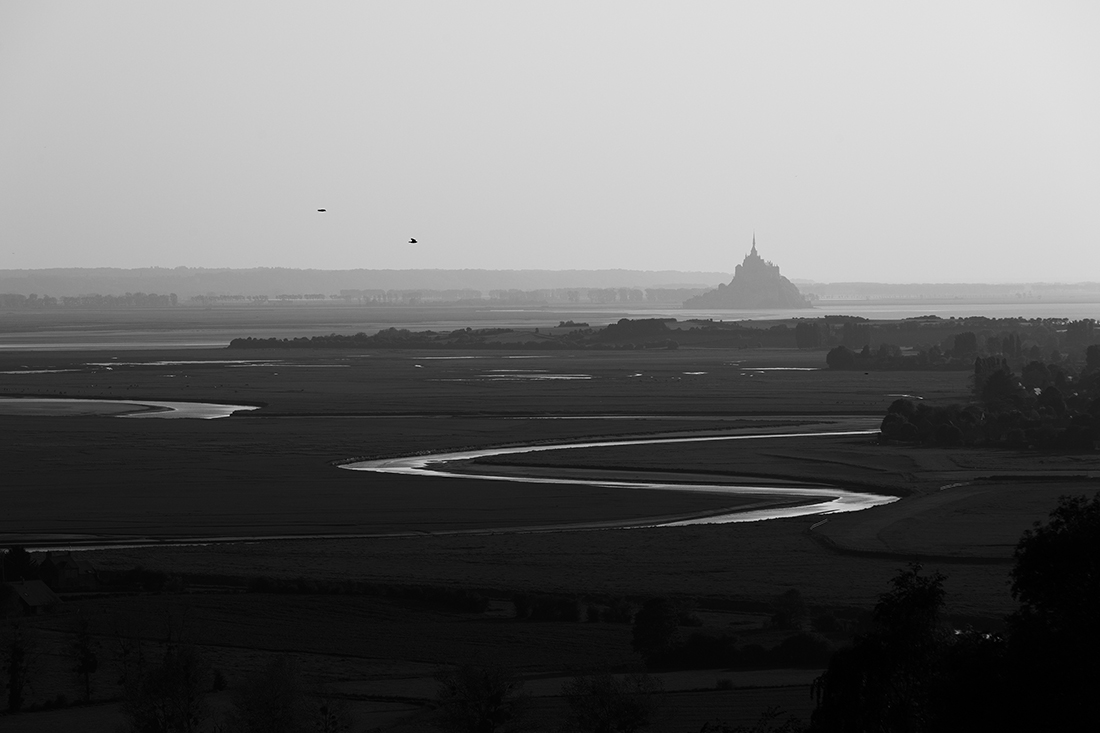 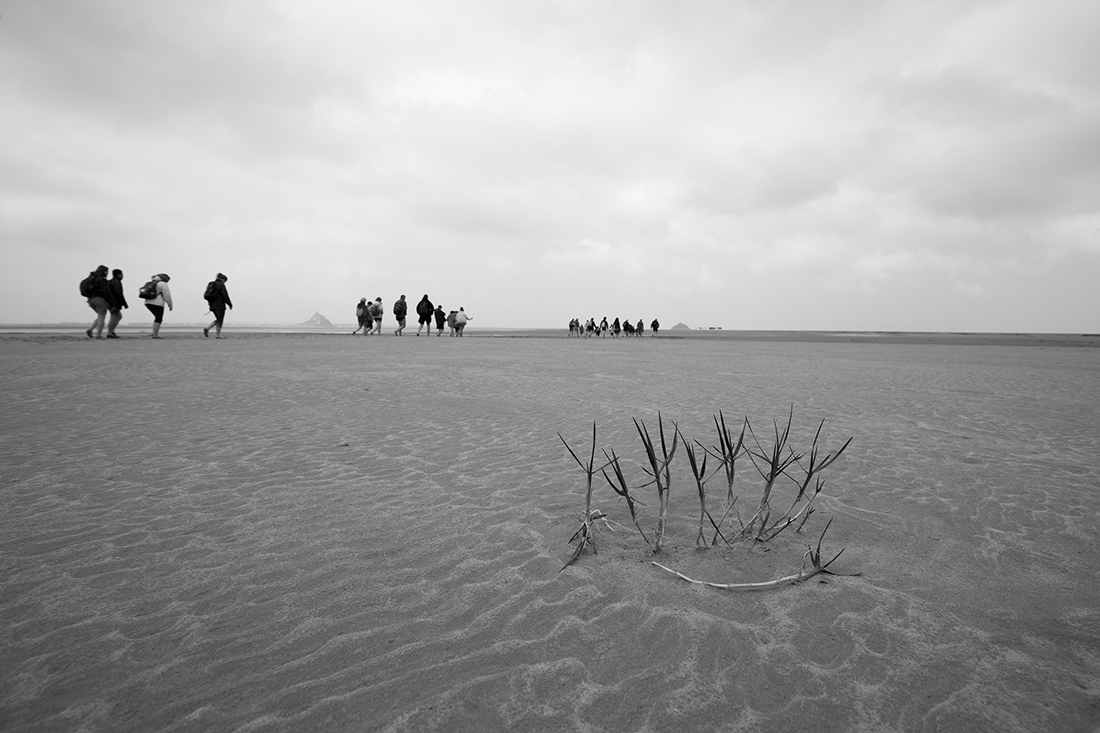 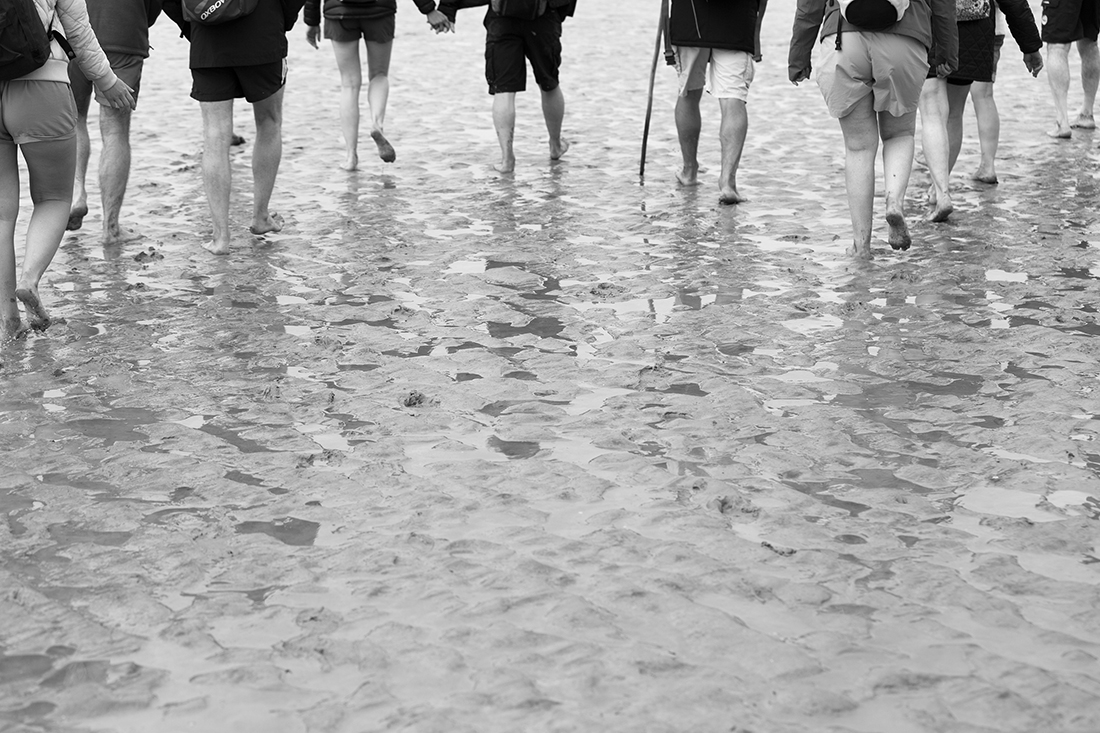 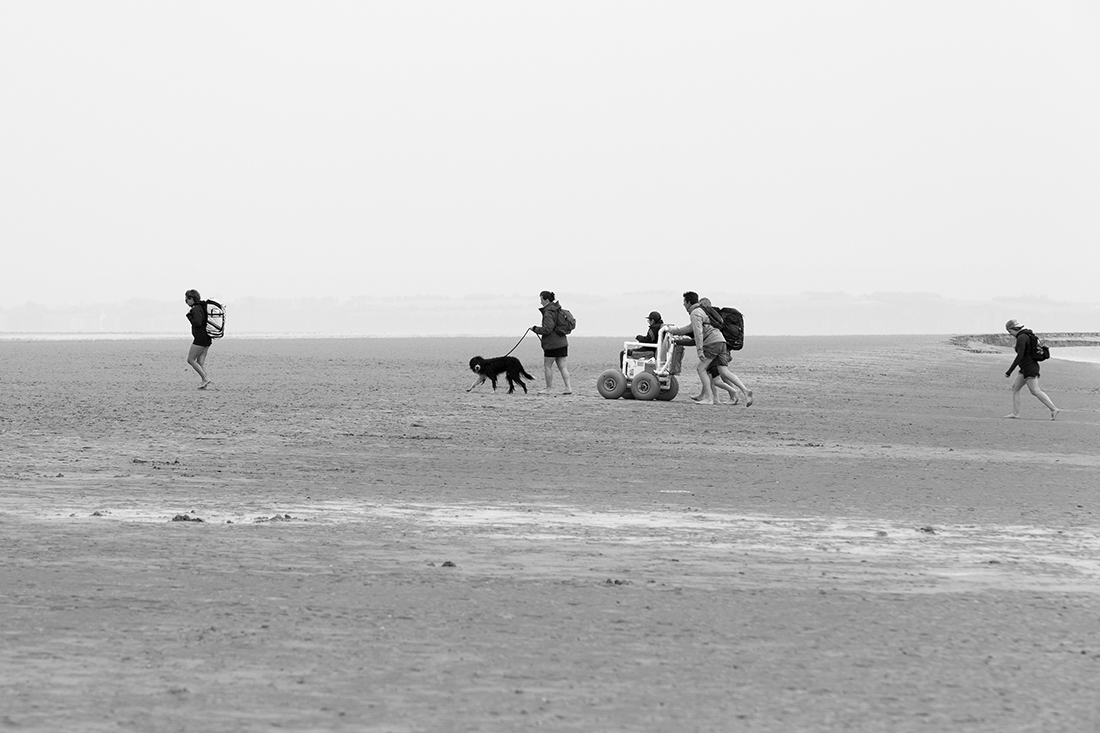 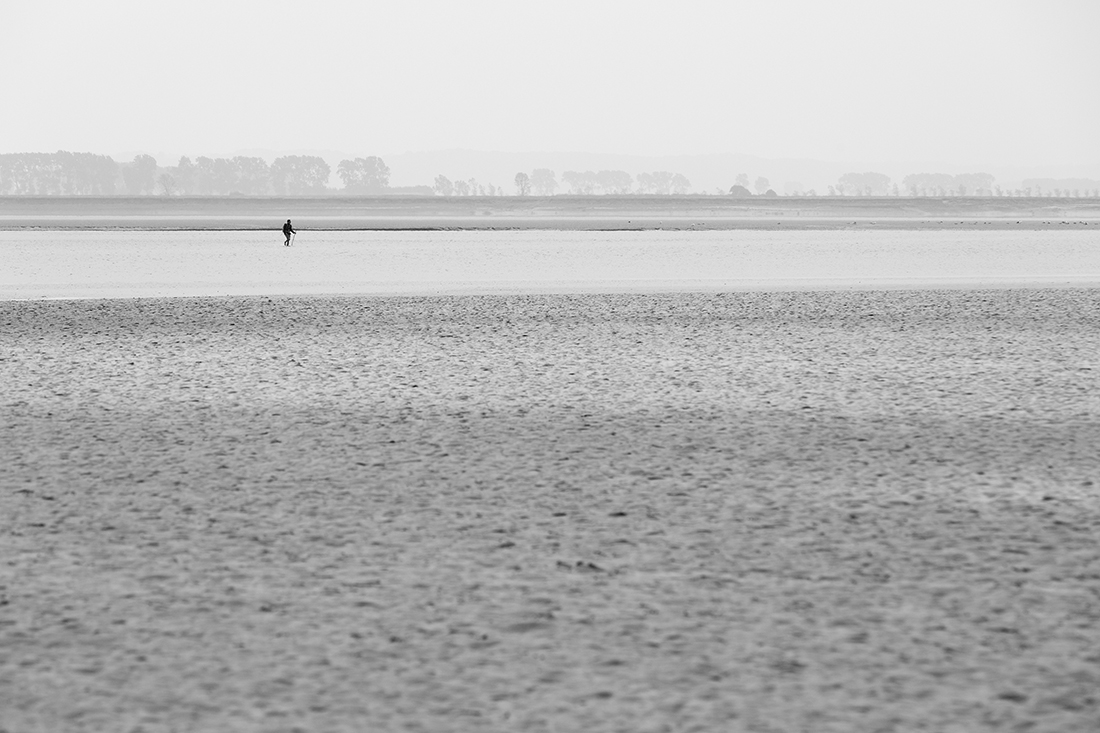 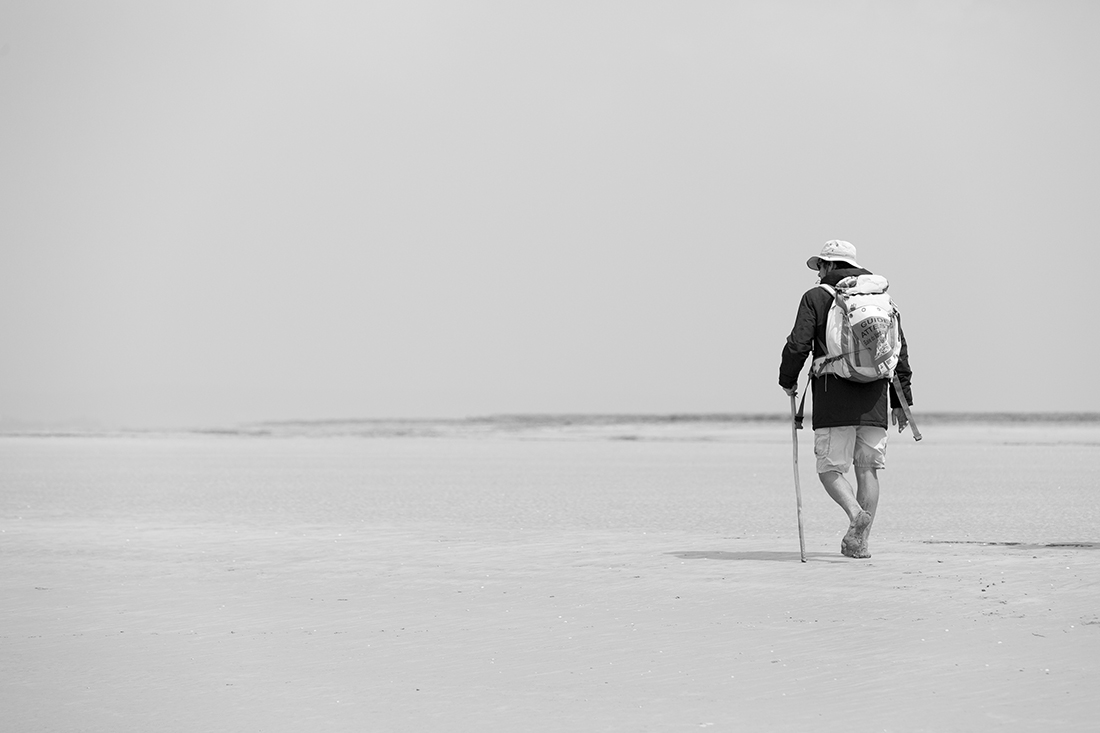 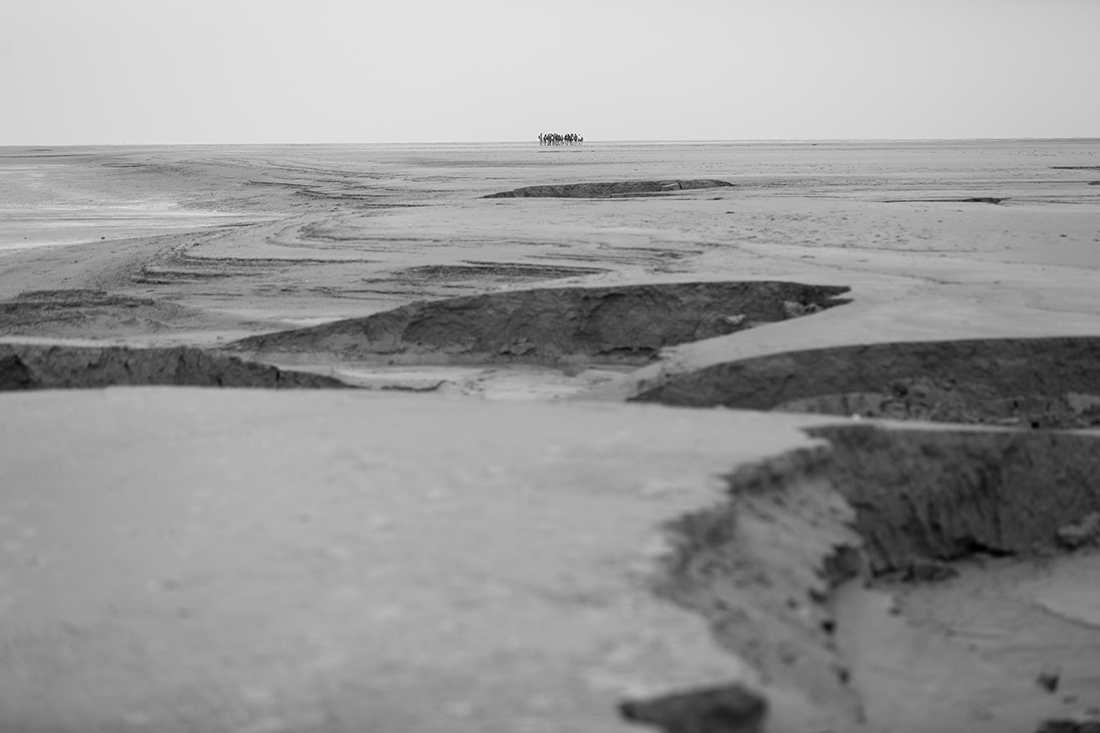 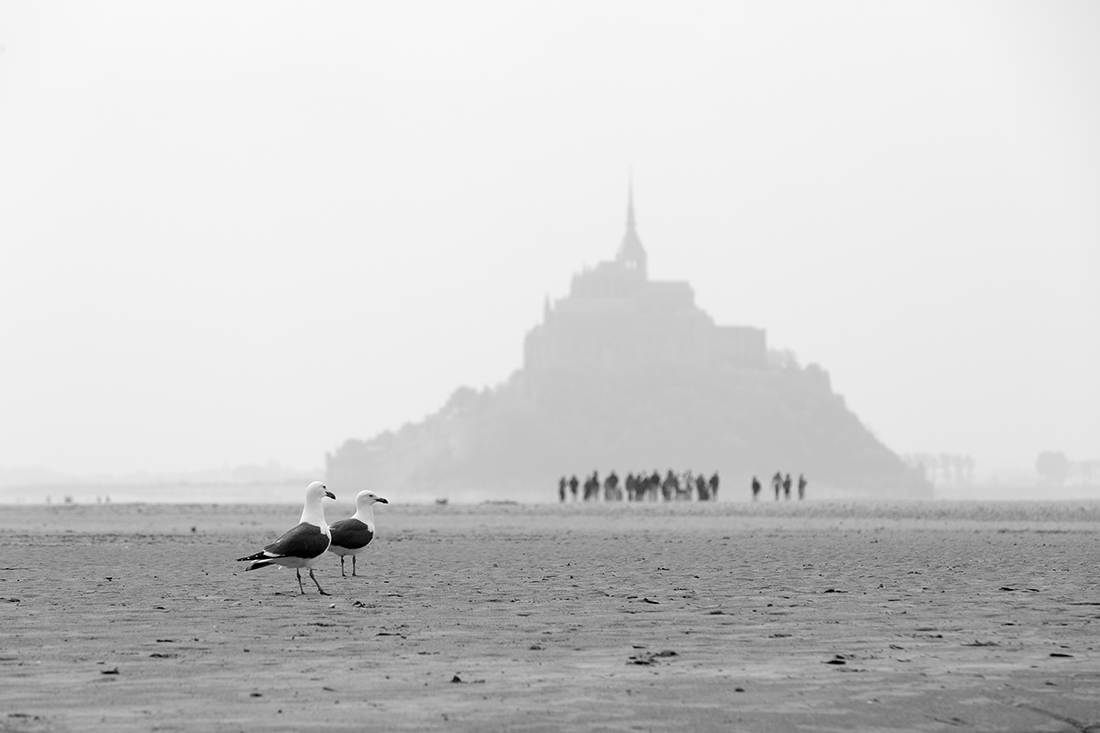 Water, sand, birds, express themselves in this landscape tormented and sublimated at the same time by the sun, the clouds pushed by the winds.

Men and women alone, or accompanied, slowly traverse this nature towards their destination!

All these elements become part of the moving landscape around the travel of Mont-Saint-Michel.

Born in Beijing, Fan Li learned the essentials of visual arts beginning in childhood. His father, a professional photojournalist, shared his technical knowledge as well as his passion for the visual arts. In 2004, Fan Li settled in Paris to study. He brought with him his camera to immortalise the city and the wonders of Europe that he counted on visiting. Made public, his photos won many international prizes. In 2017, the artist decided to rethink his technique and to take on new experiments. He explains: “Maybe because I’m an only child, I like unique things that can’t be copied. One day, I saw that my work hadn’t evolved in the past five years. I decided to say farewell to this method of taking photos in order to adopt another.” Since then, Fan Li uses his camera like a paintbrush and favors long expositions to put his interior world into images. In 2020, Fan Li was included as a contract artist by the gallery YELLOW KORNER.
SHARE
Support this photographer - share this work on Facebook.
< BACK TO GALLERY