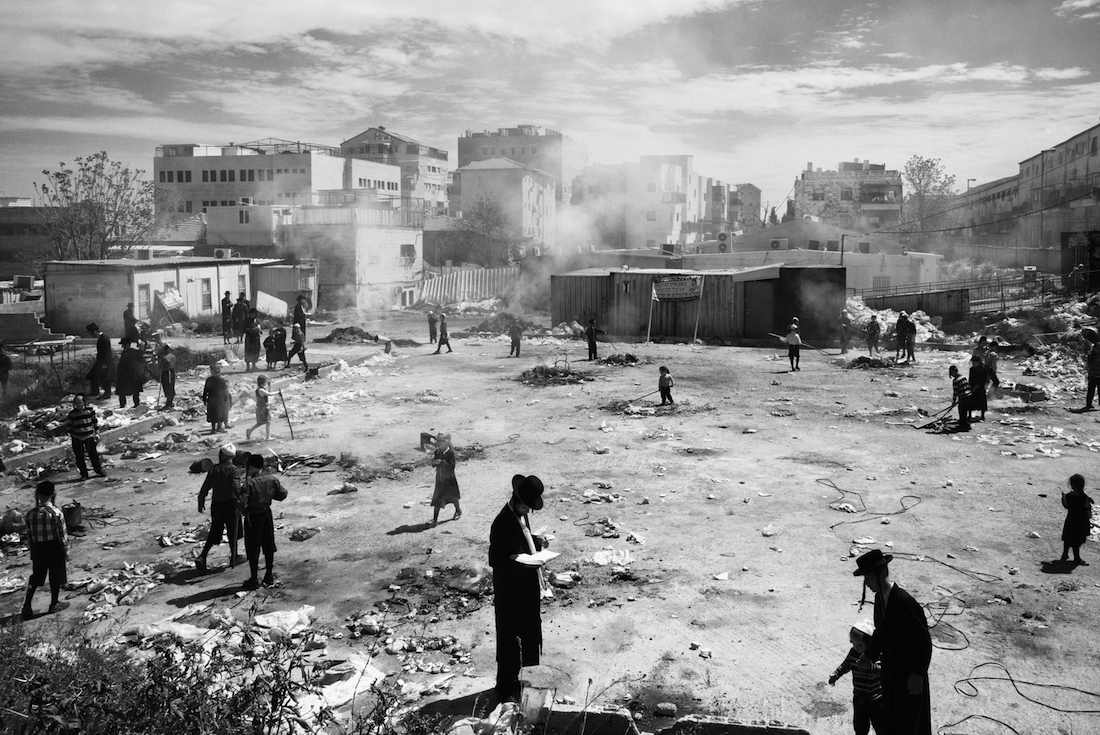 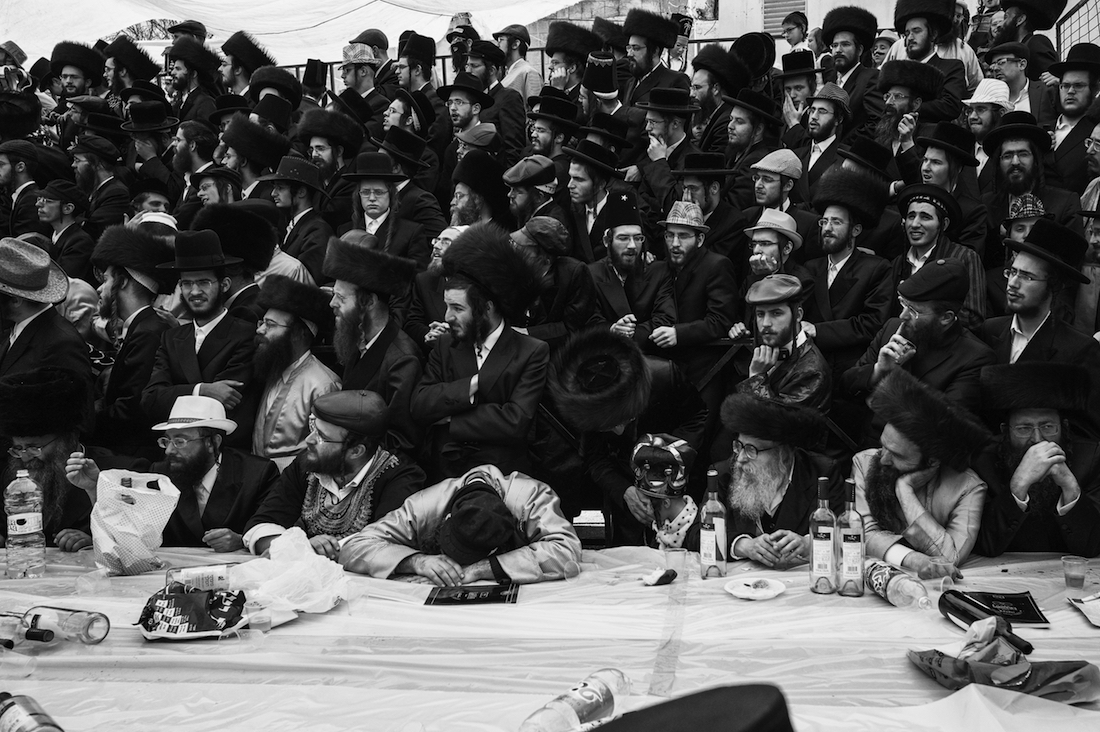 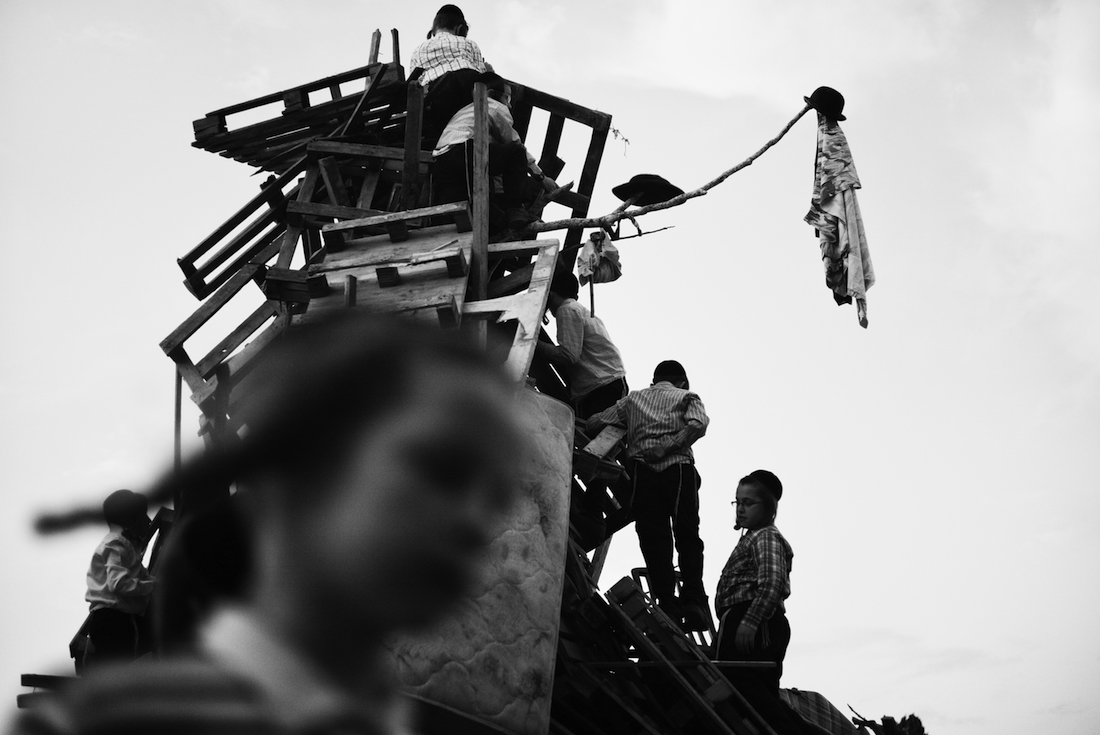 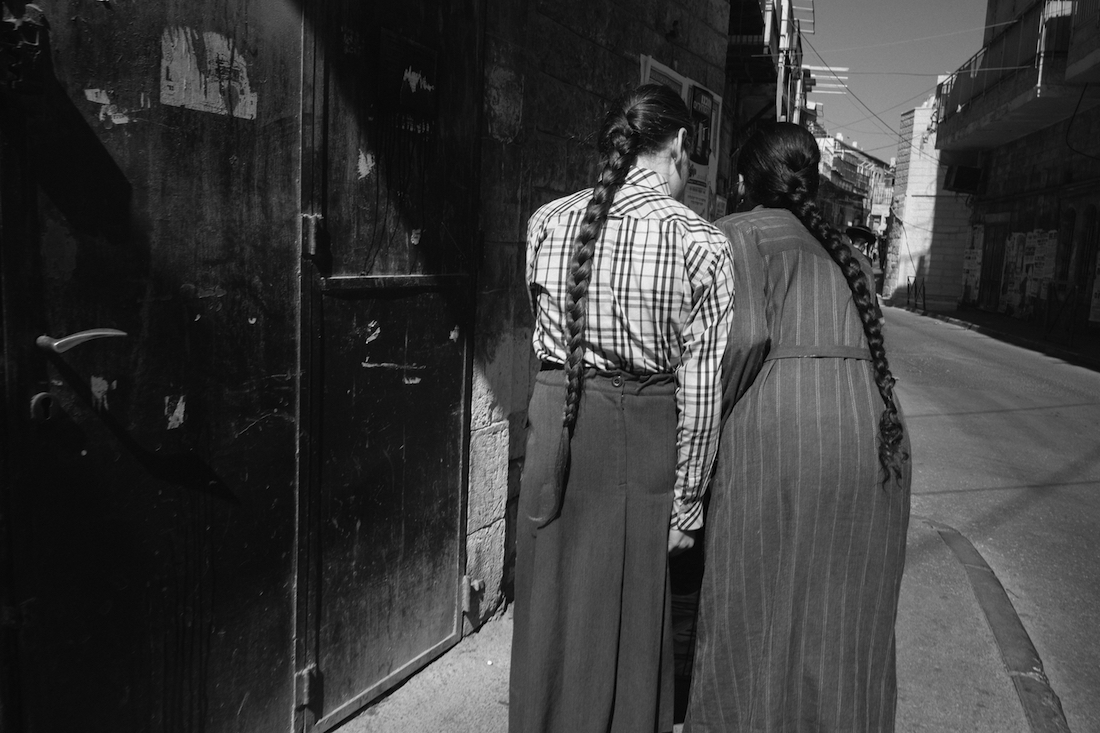 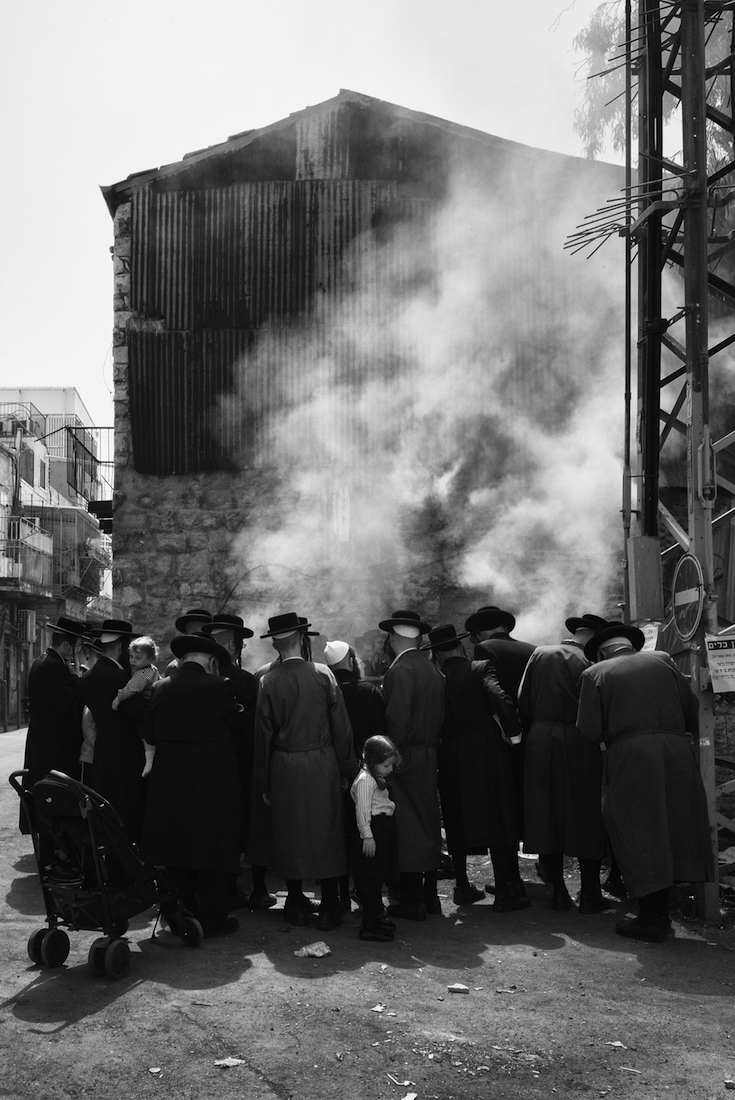 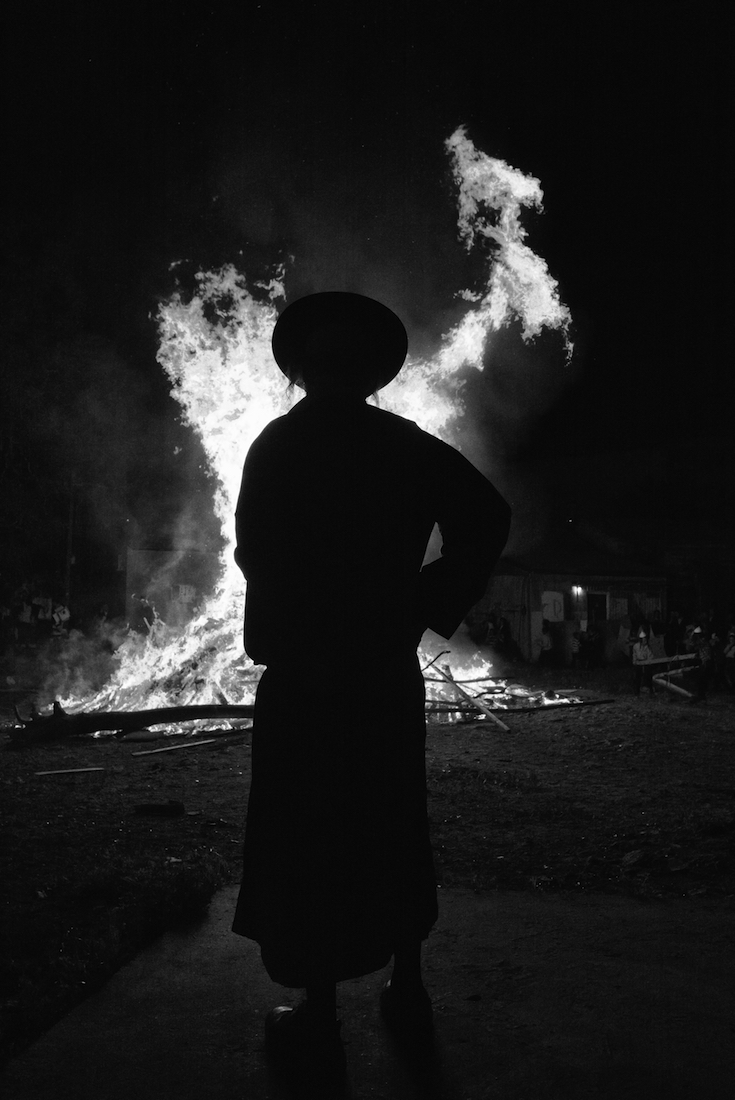 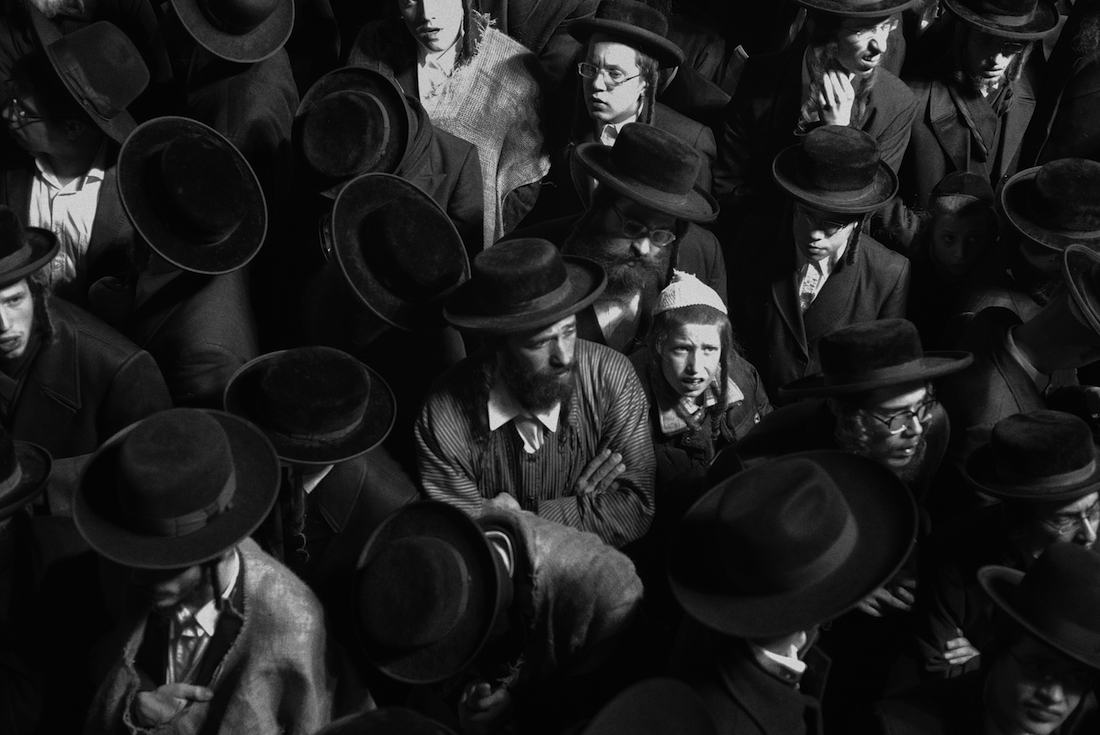 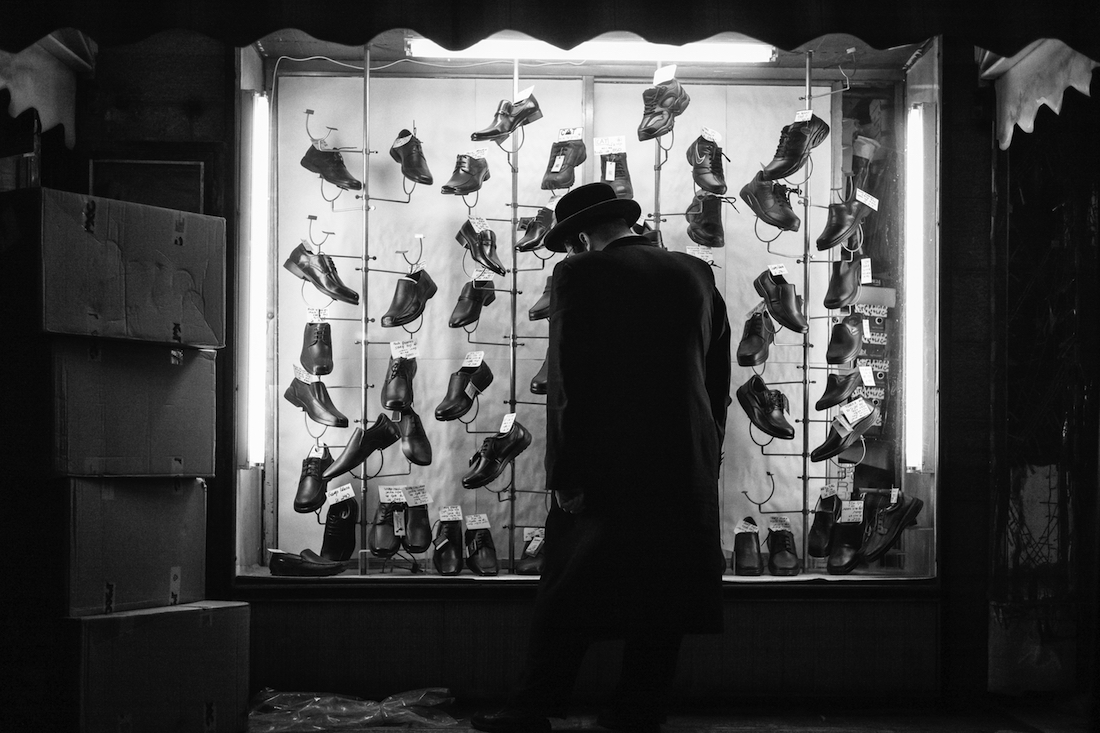 Mea Shearim was established in 1874 as the fifth settlement outside the walls of the Old City of Jerusalem. Its name is derived from a verse in the weekly Torah portion that was read the week the settlement was founded: "Isaac sowed in that land, and in that year he reaped a hundredfold (מאה שערים, Mea Shearim); God had blessed him" (Genesis 26:12).
Mea Shearim remains today an insular neighborhood in the heart of Jerusalem. Life revolves around strict adherence to Jewish law, prayer, and the study of Jewish religious texts.
began documenting the area of Mea Shearim in late 2014.For men, traditions in dress code include black frock coats and black hats. Long, black beards cover their faces, and many grow side curls, called payots. Women and girls are urged to wear what is considered modest dress – knee-length or longer skirts, no plunging necklines or midriff tops, no sleeveless blouses or bare shoulders. Some women wear thick black stockings all year long, even in summer, and married women wear a variety of hair coverings, from wigs to head scarves. The residents speak Yiddish in their daily lives, as opposed to the Hebrew language spoken by the majority of Israel’s population. The only use of Hebrew for residents is in prayer and religious study, as they believe that Hebrew is a sacred language to be used only for religious purposes.
Today, after having been a frequent visitor to the settlement for over three years, I am witnessing the accomplishments of my photographic research. I am beginning to see the uniqueness and appeal of this place.
Photography as an art form helps me document and chronicle the ongoing pursuit of the old versus the new, the past versus the present, the everyday life of a city within a city.

Ofir barak was born in Jerusalem, Israel, in 1982. In 2011, he completed his B.A. in humanities ­(Major in arts, and history). In 2014, After living in the USA and abroad he returned to his hometown - Jerusalem, in order to photograph a multi layered project that would display the city and its people through his eyes.
SHARE
Support this photographer - share this work on Facebook.
< BACK TO GALLERY