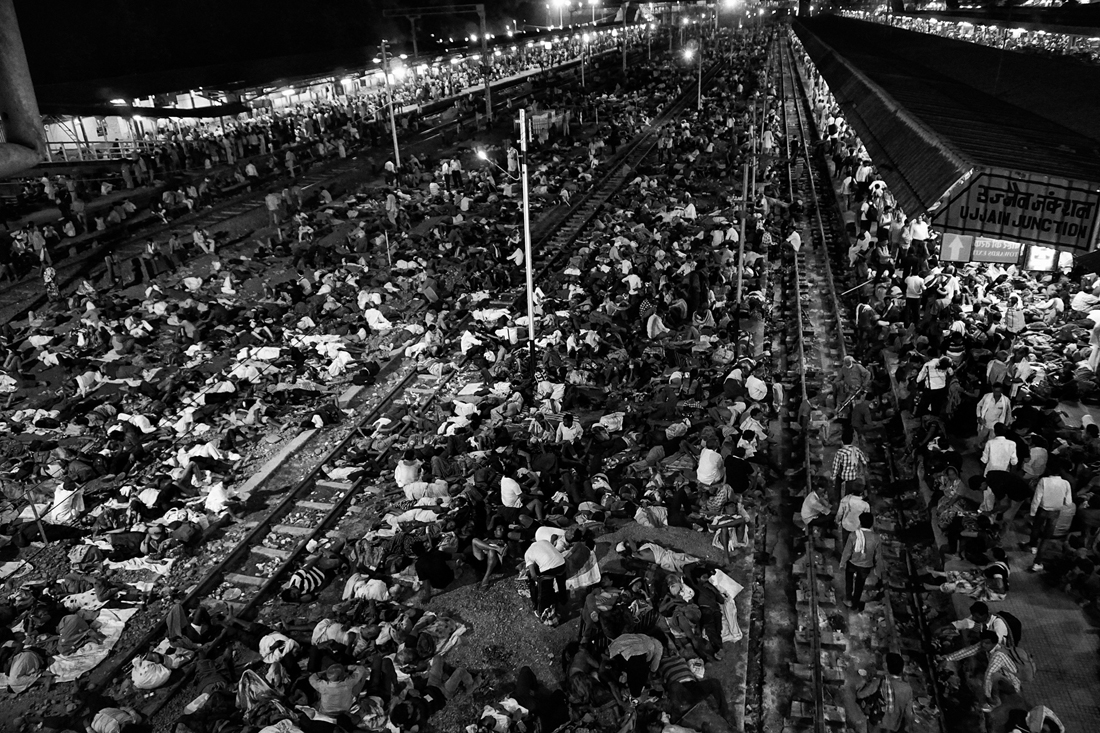 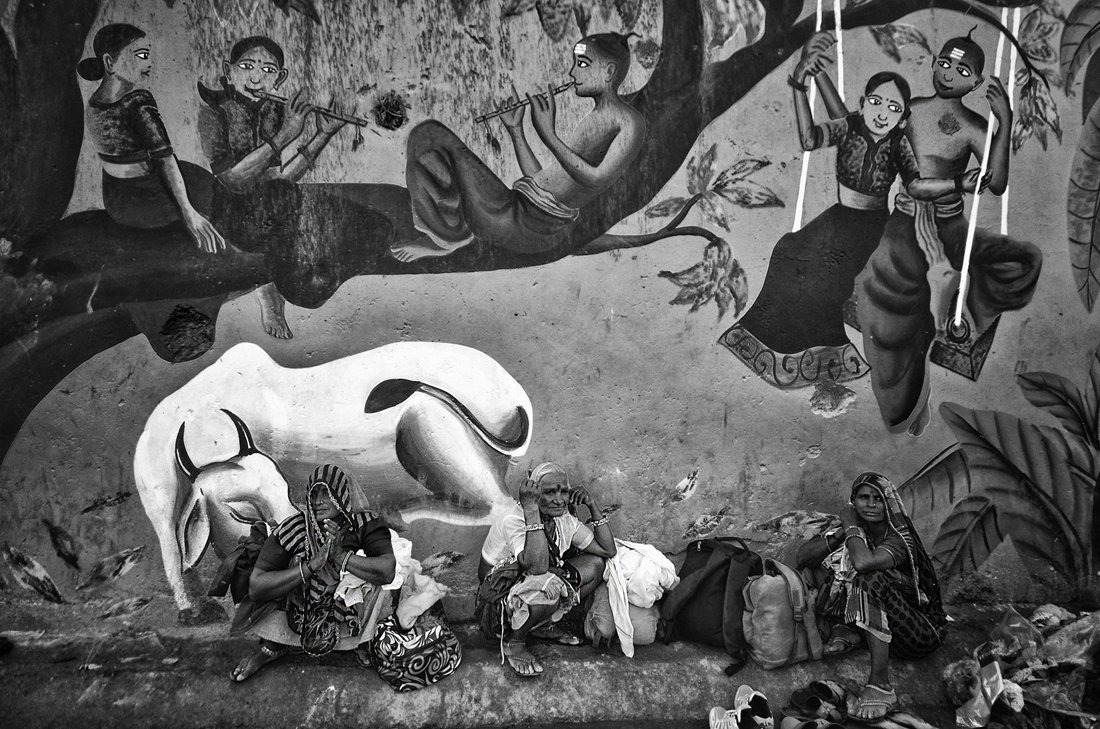 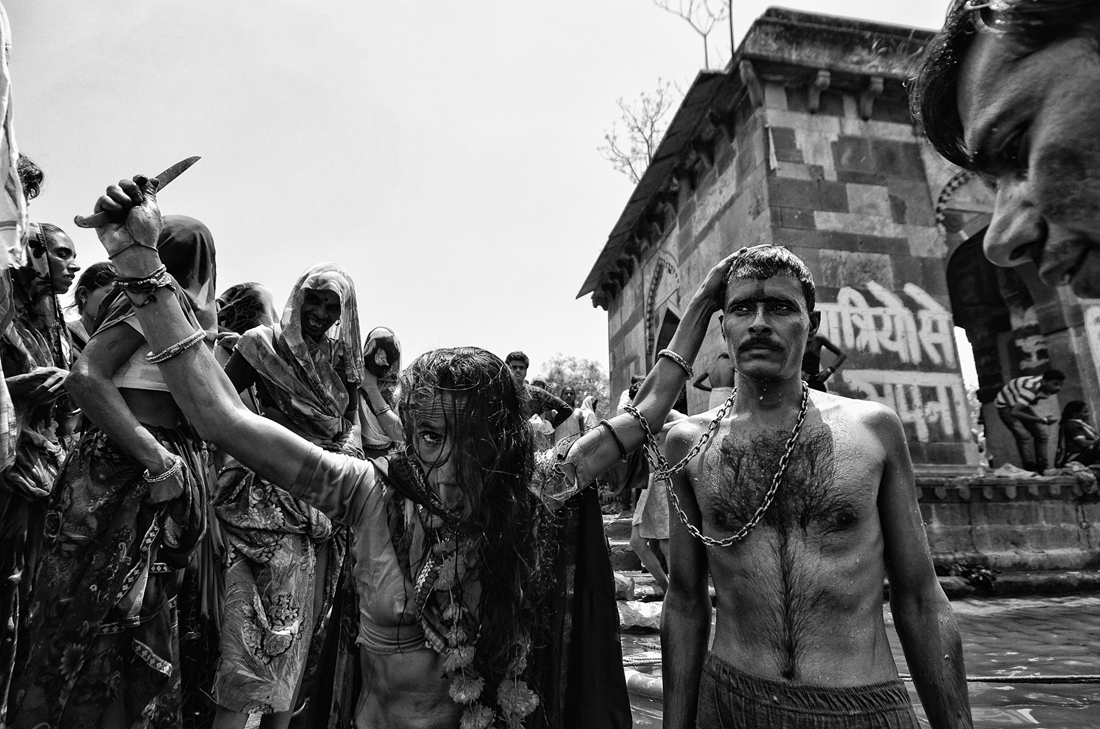 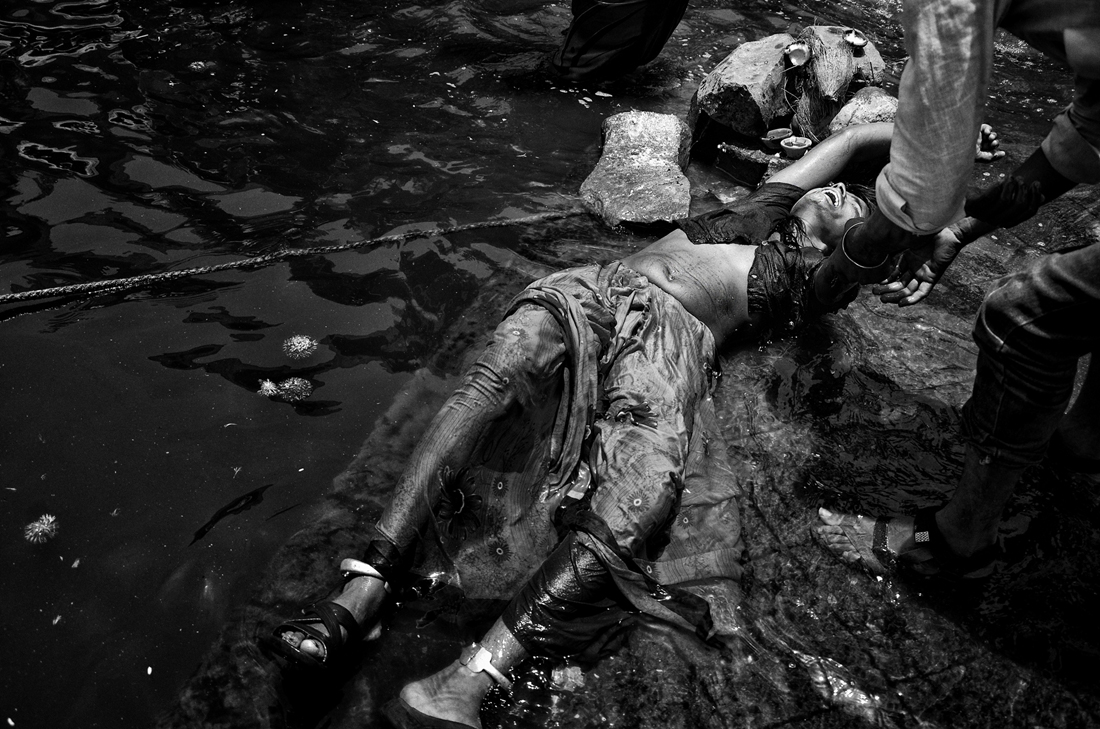 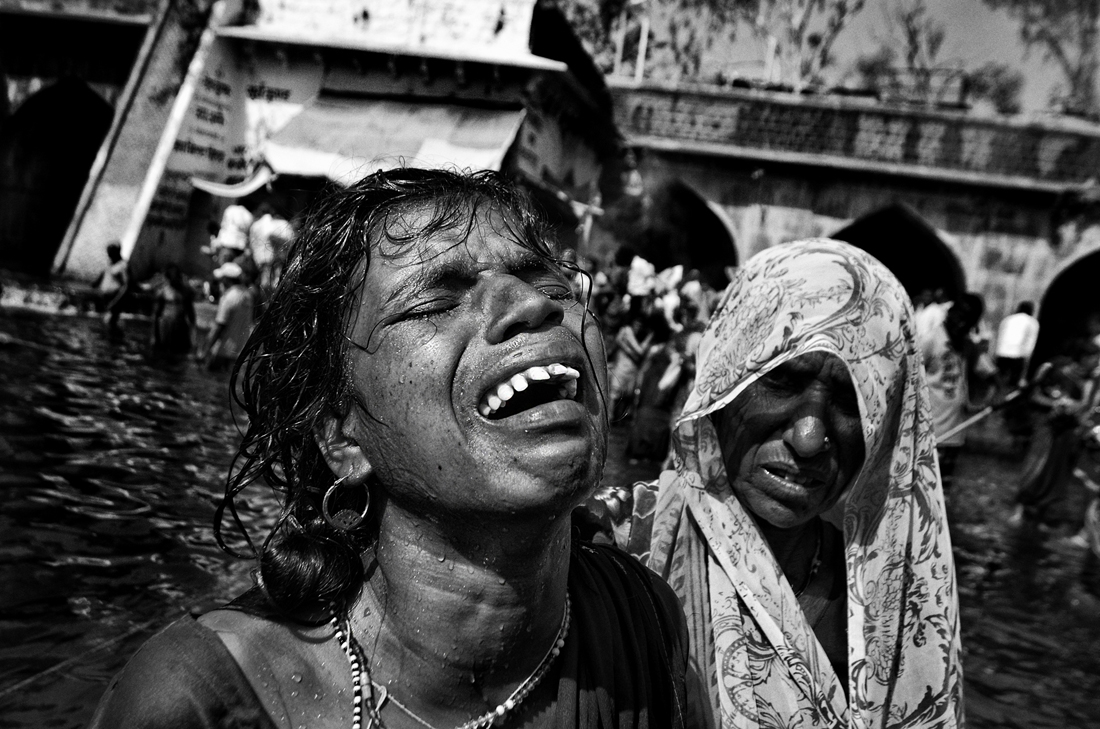 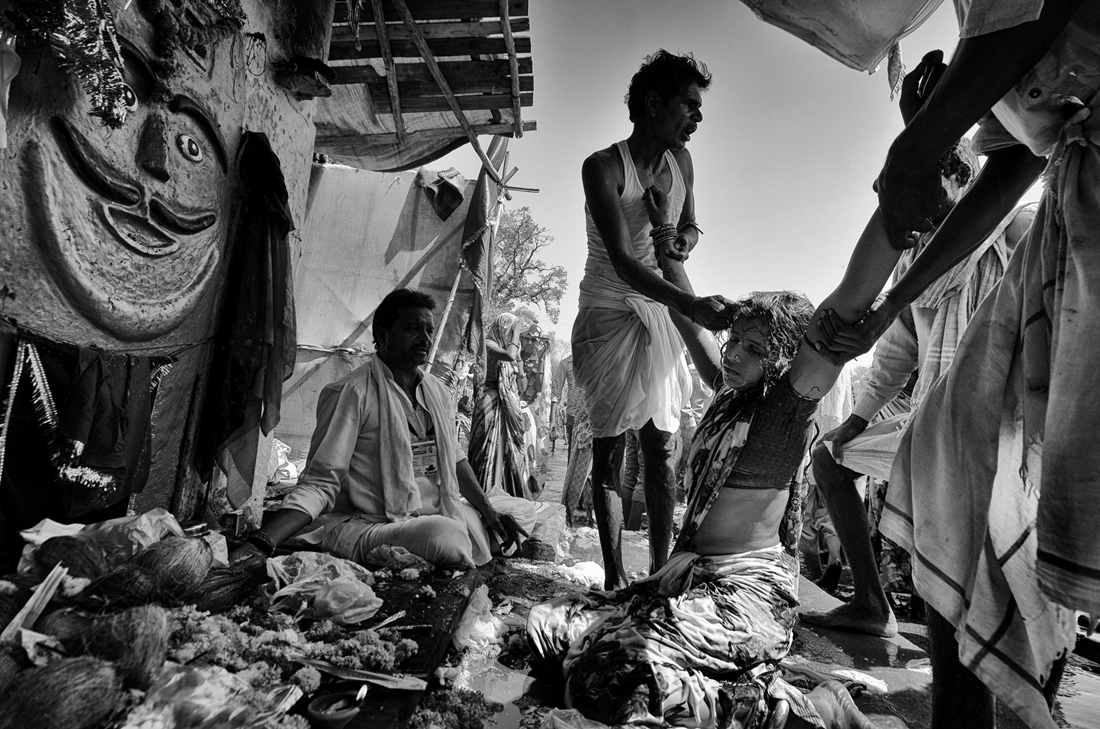 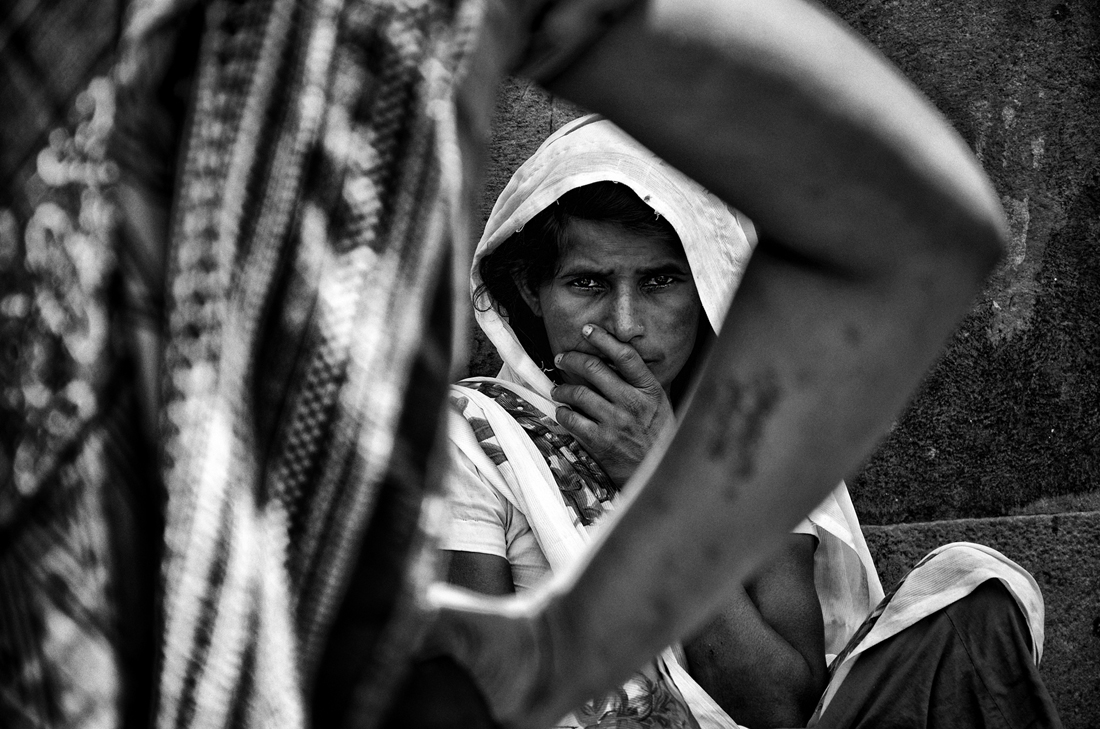 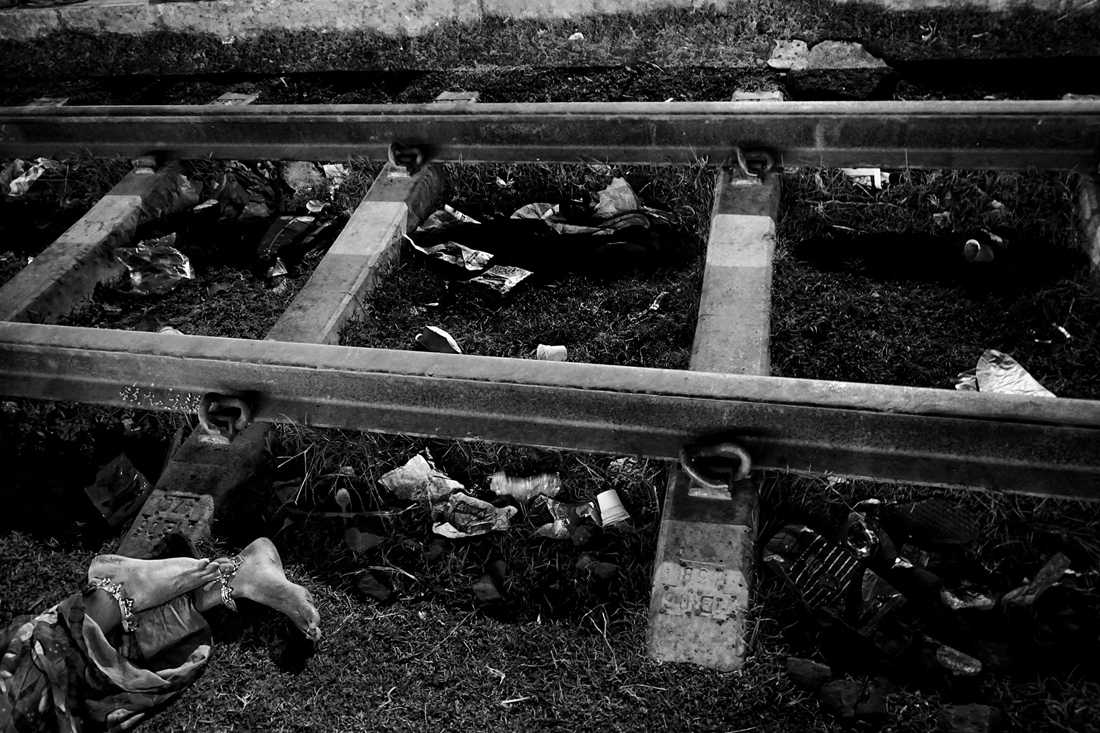 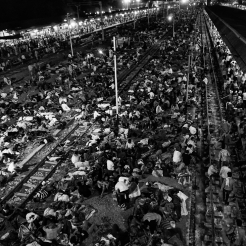 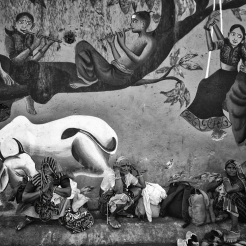 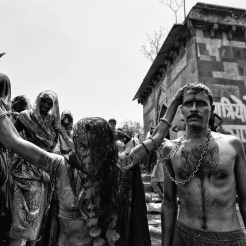 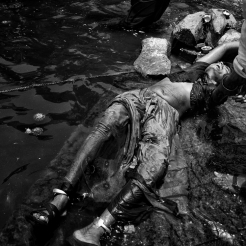 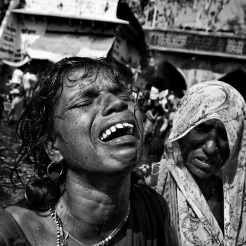 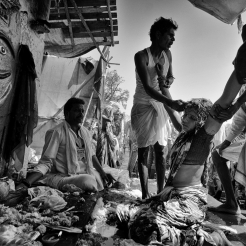 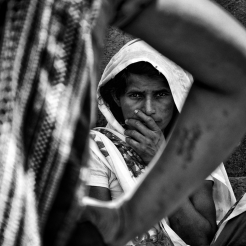 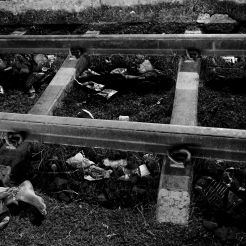 On the banks of Sipra River, Ujjain (India), ‘exorcism’ took a greater height, where in the name of religion, people were being beaten up ruthlessly during Kumbh Mela. Thousands of pilgrims had accumulated here in the name of pilgrimage. They had brought their relatives and friends to free them from evil spirits and the exorcists were violently beating up and ruthlessly hurting the so-called evil women, in exchange of money and valuables. Vimladevi was unable to bear a child, Jamuna was mentally retarded, Bindoo was marked as an evil spirit because she had problems in her menstrual cycle and many more who fell prey to these unkind acts of brutality. On the occasions where serious mental and physical attention was to be given to these patients, at least a lot of love and care, they were being struck with a knife until they bled, and were dragged to the river to free them from the spirits. The women were being hauled underneath the water, struck with knives and being dragged by holding their hair strands with the hope that they will be free from all sickness. The question thus arises “Who is actually sick? The tormentors or the tormented? “

He is also a winner of Nikon India ‪‎PowerYourClicks Photography Contest 2016, Fotoforum Award Menschen Germany, runner up in InterAction (alliance organization in Washington, D.C. of NGOs) 14th Annual Photo Contest for “Women Empowerment” 2016, Second prize winner in India Photography Award – Travel and a finalist of HIPA Award 2016. Debiprasad’s recent assignment includes reportage on life of railway platform children in India for an International NGO. Debiprasad strongly believes in the power of photography in changing people’s perspective towards social changes & issues. His background in business & economics always helped him to understand unequal relationship between technology & humanity and its impact on social & financial conflicts.
Share
Support this photographer - share this work on Facebook.
< BACK TO GALLERY