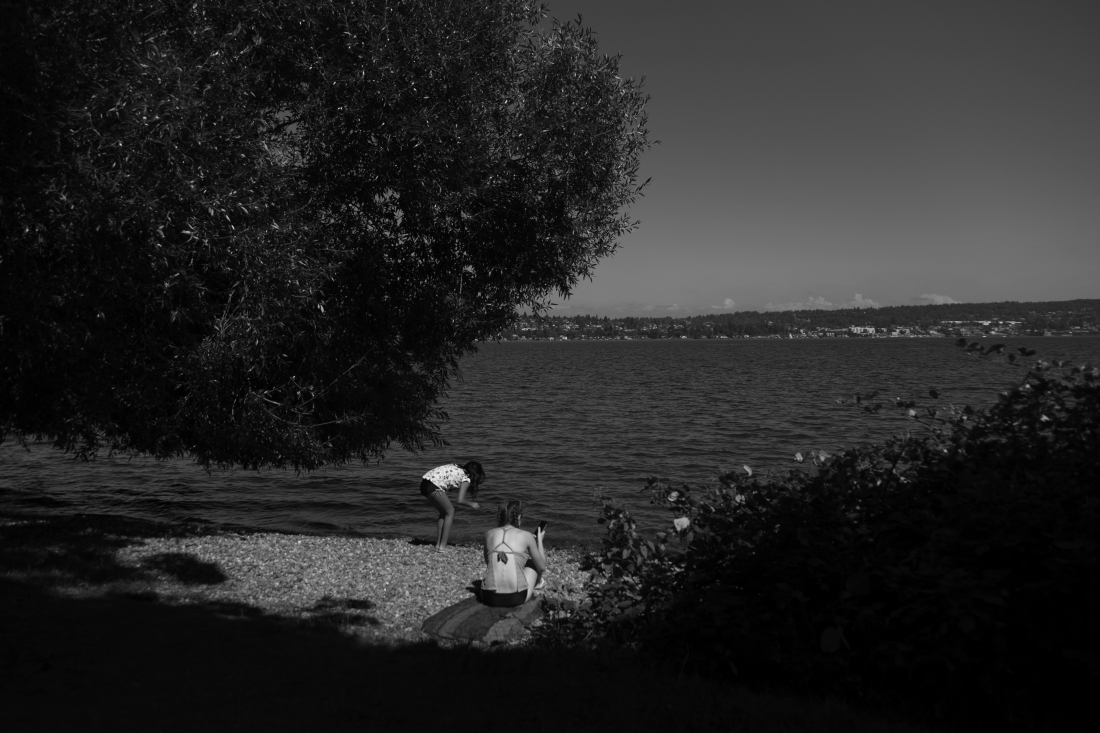 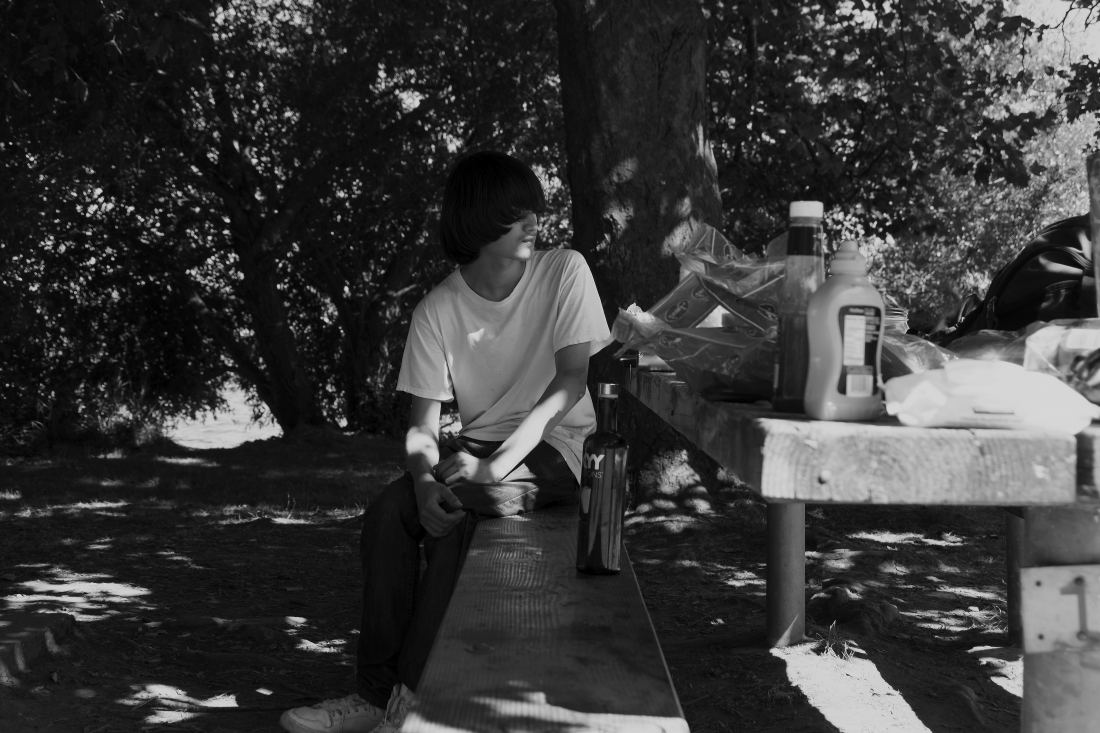 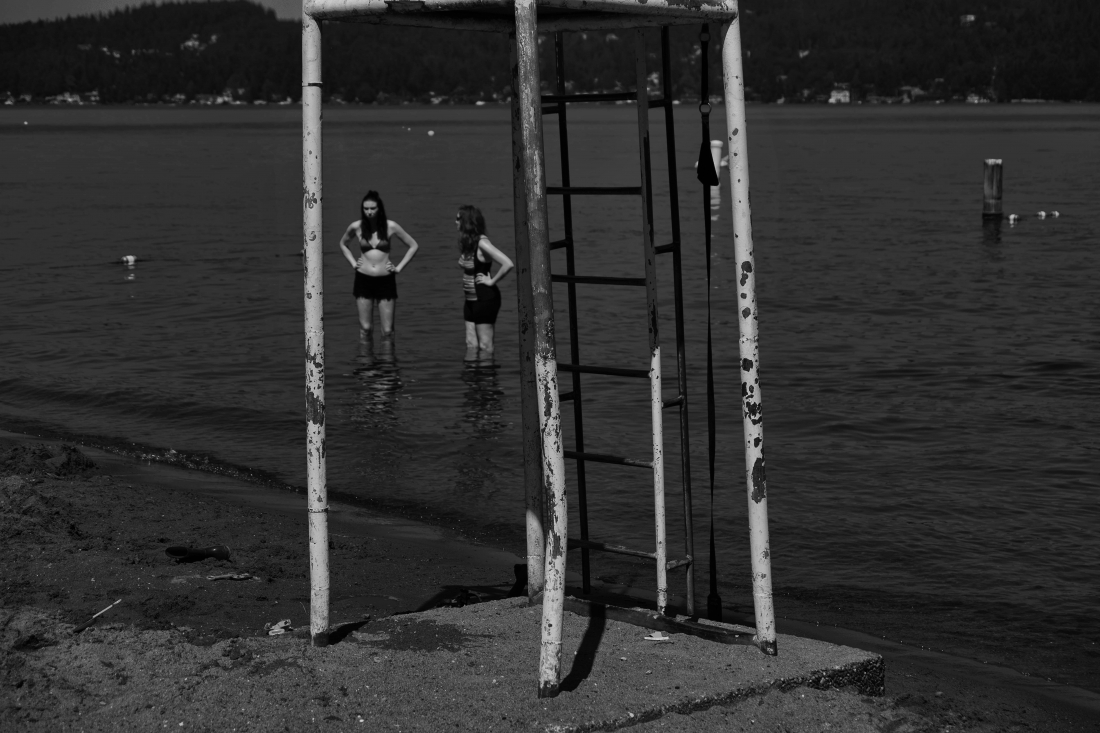 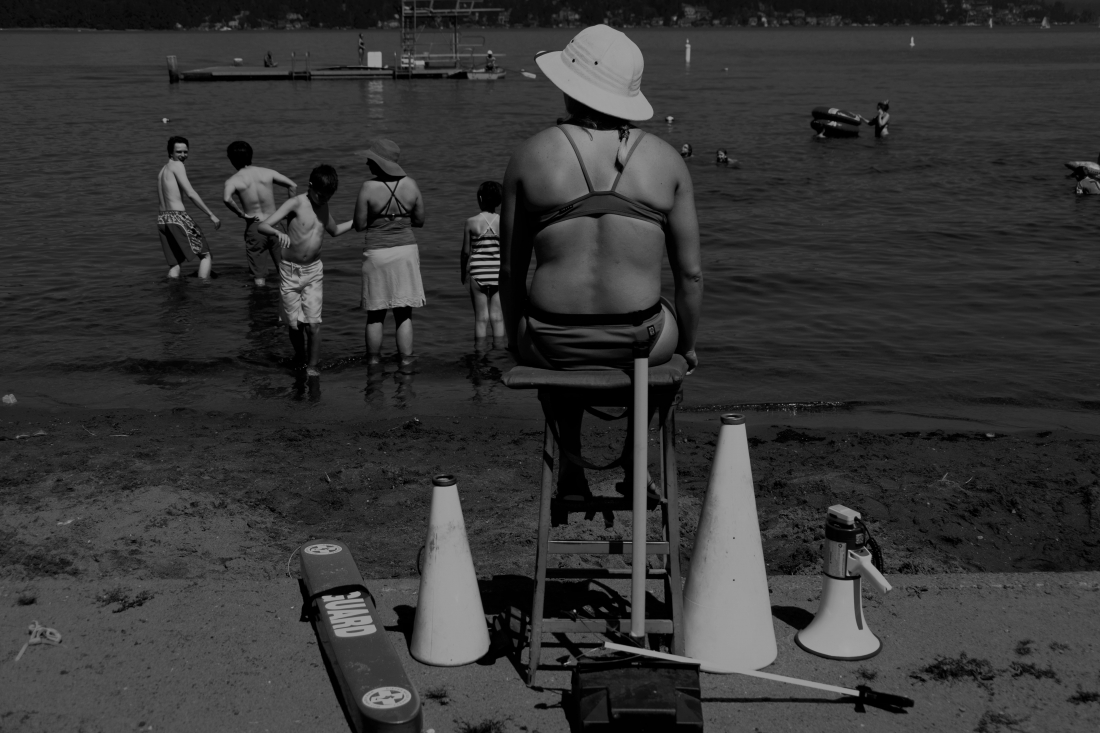 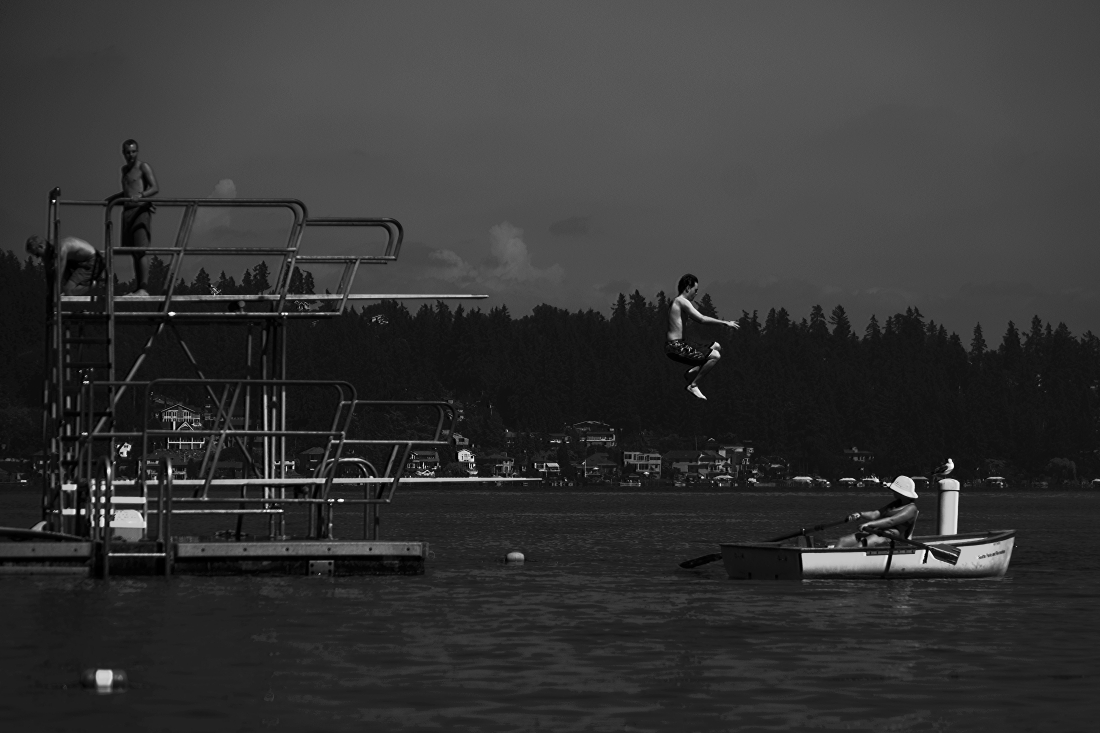 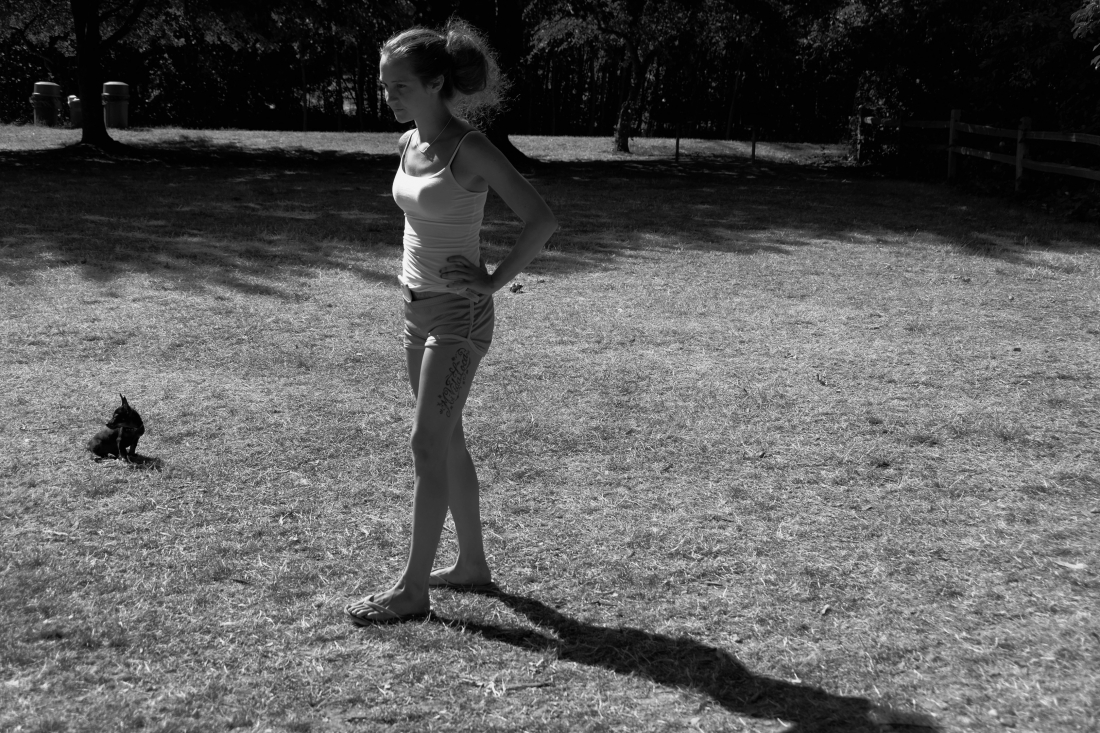 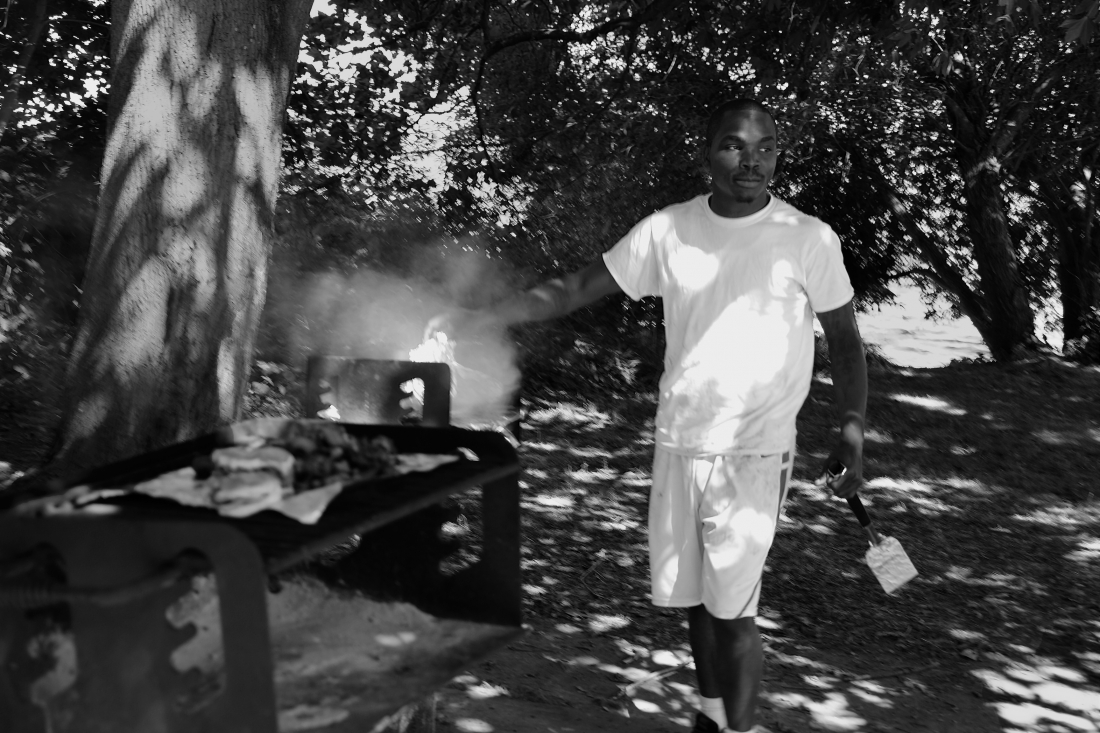 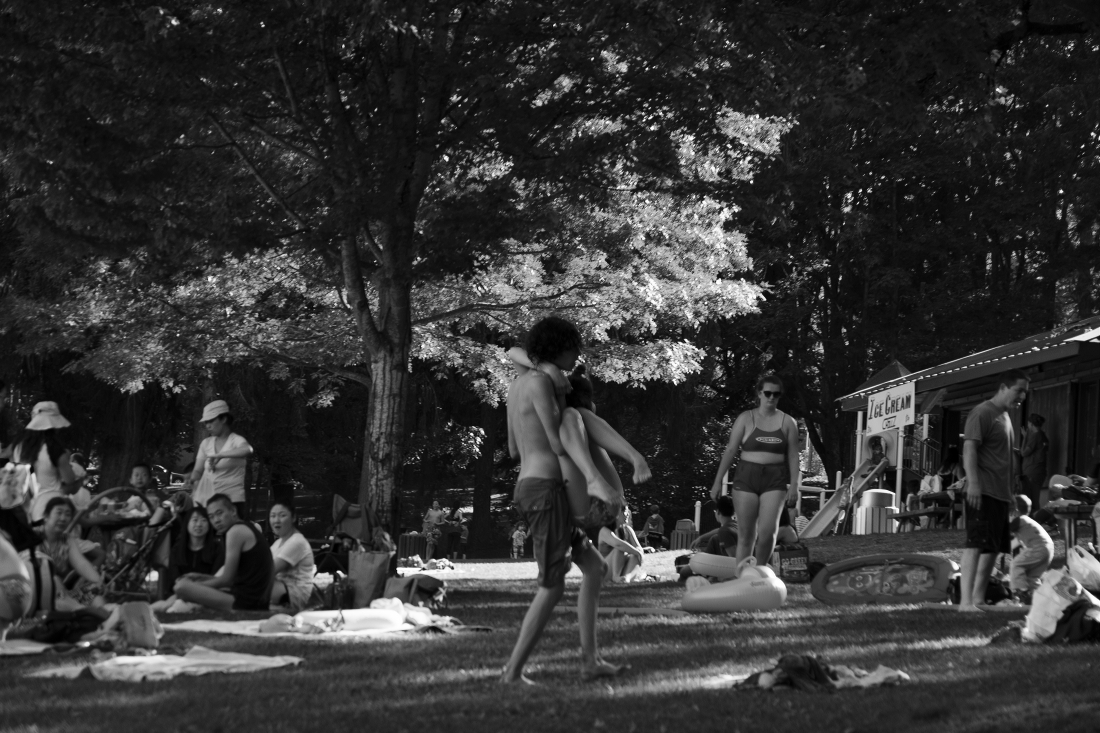 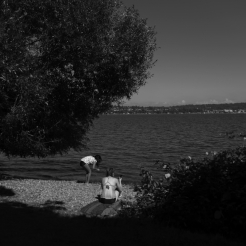 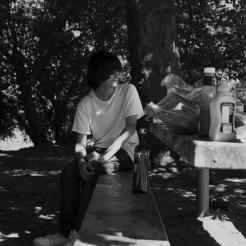 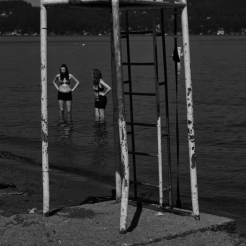 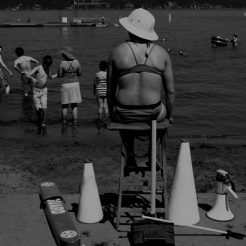 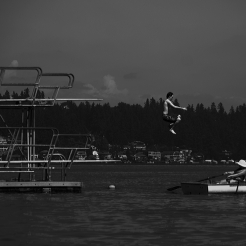 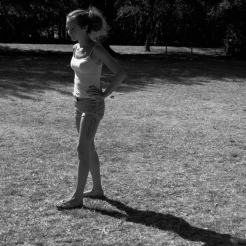 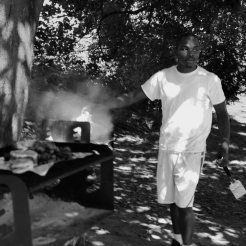 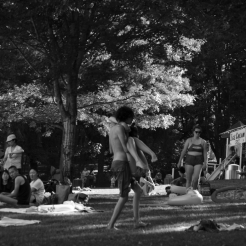 “Smells Like Teen Spirit”, my photographic series named after the iconic song from Seattle band, Nirvana’s Nevermind album, chronicles a typical teenage summer idling at Magnuson Park. The park is a former Naval air station bordering the shoreline in North Seattle; its underdeveloped terrain radiating freedom of movement with miles of green space and open water. However, not far from the park, expanses of concrete and defunct airplane hangers quietly reminds us of the region’s role in military buildup and the past where freedom of movement and choice were curtailed. The photographs were made just prior to the 2017 elections; the mood for Seattle was hopeful the country would continues its march towards social and economic progress. Seemingly overnight, a large current swept in and washed away the belief that hard earned progress was cast in stone, when it appears it might as well have been written in sand.

Nirvan’s Nevermind was released in 1991, at a time when many citizens were dismayed by the country’s official invasion of Iraq. As a 20 year old in 1991, I felt the insecurity of the war and rising conservative evangelical movement imbuing everyday life with tension and a sense of dread. But a rising tide of alternative culture emerged at this time, possibly as protest to the values of the ruling government-- or just a naturally occurring inverse of the dominant society. “Smells Like Teen Spirit” embodies the loneliness, contradictions, and angst during the transition from teenager to adulthood; these emotions amplified by the cultural and political landscape. I imagine today’s teens will experience similar narrative with the rise of nationalism, alternative-facts and restrictions on equality and environmental protections, newly minted, but quickly fading. Resistance and rebellion, the common fuel during teenage years is the energy many of us need to harness

My photography work encompasses documentary-style compositions and stylized portraiture. Born in Saigon, I spent my early childhood in Lake Chelan, Washington, then migrated to Western Washington. Currently, I reside in the suburbs near Seattle.

Bachelor of Arts in Psychology and Communications at University of Washington. Seattle, Washington