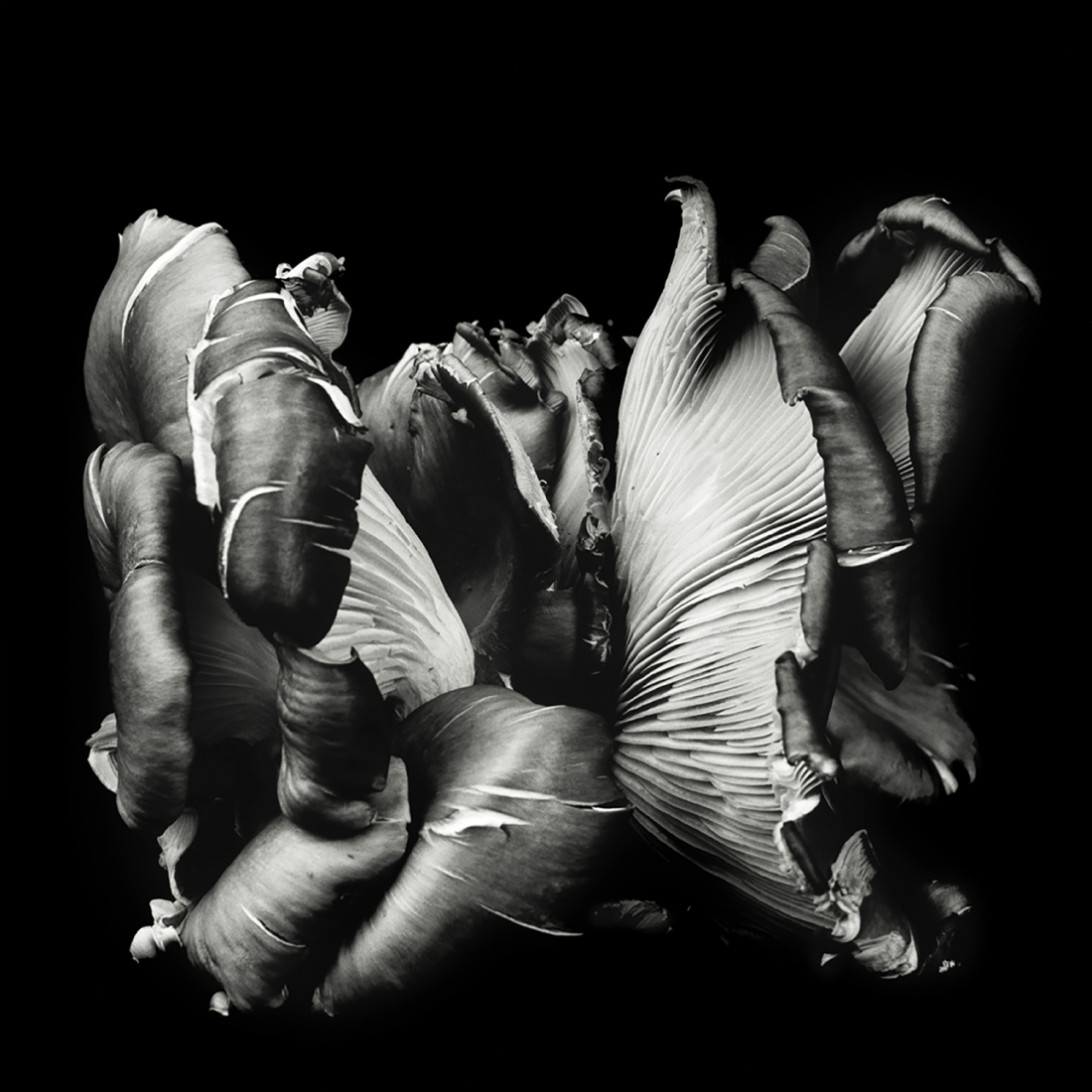 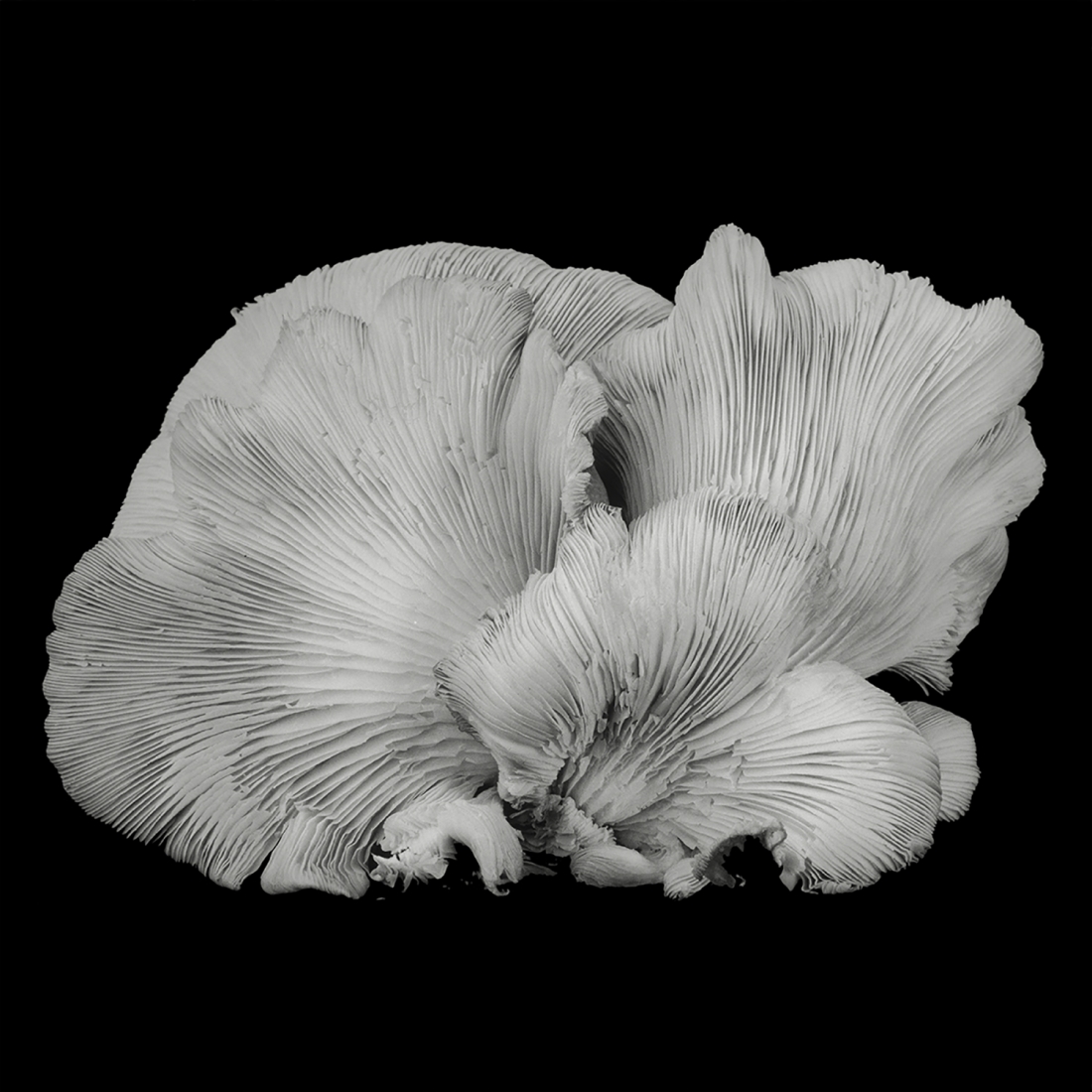 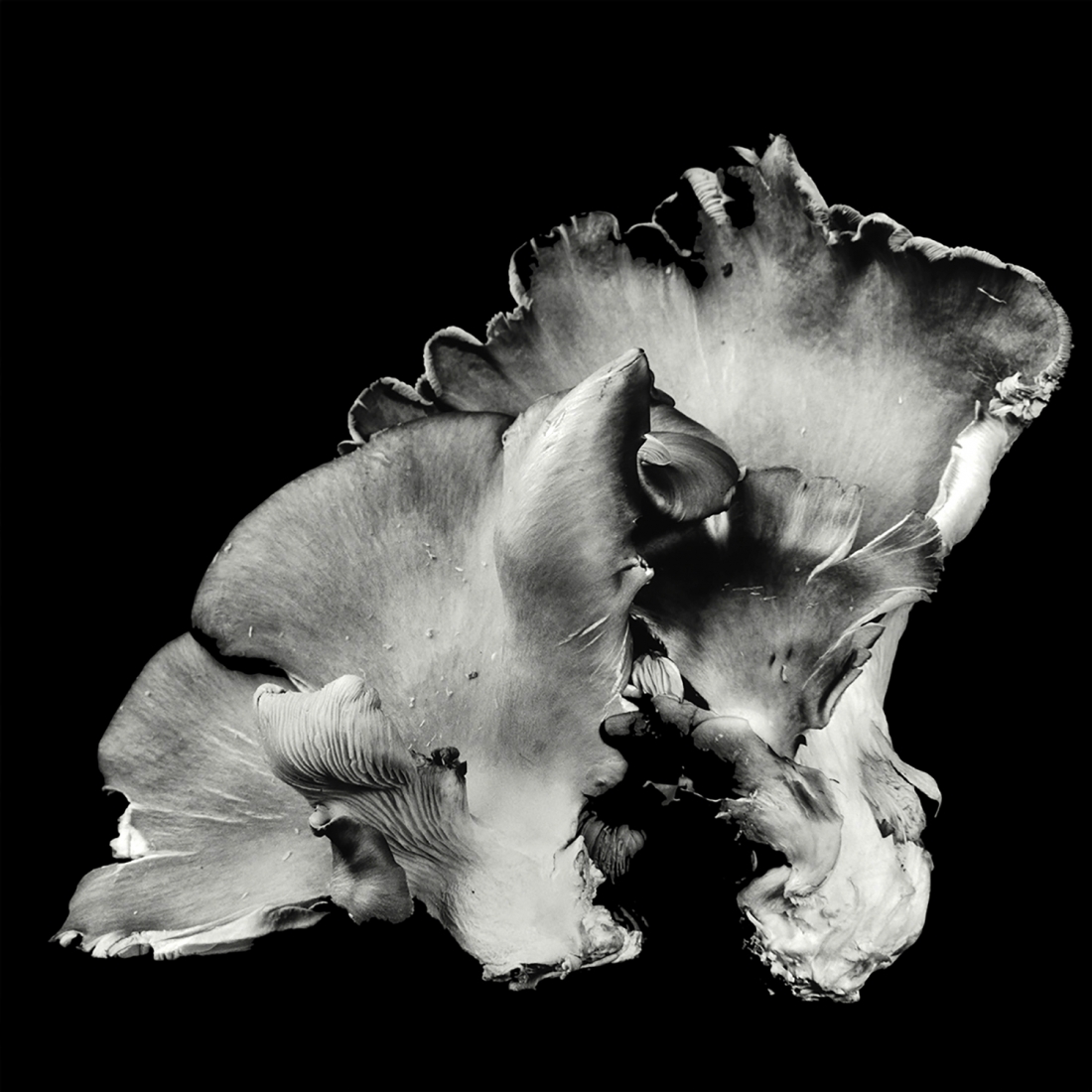 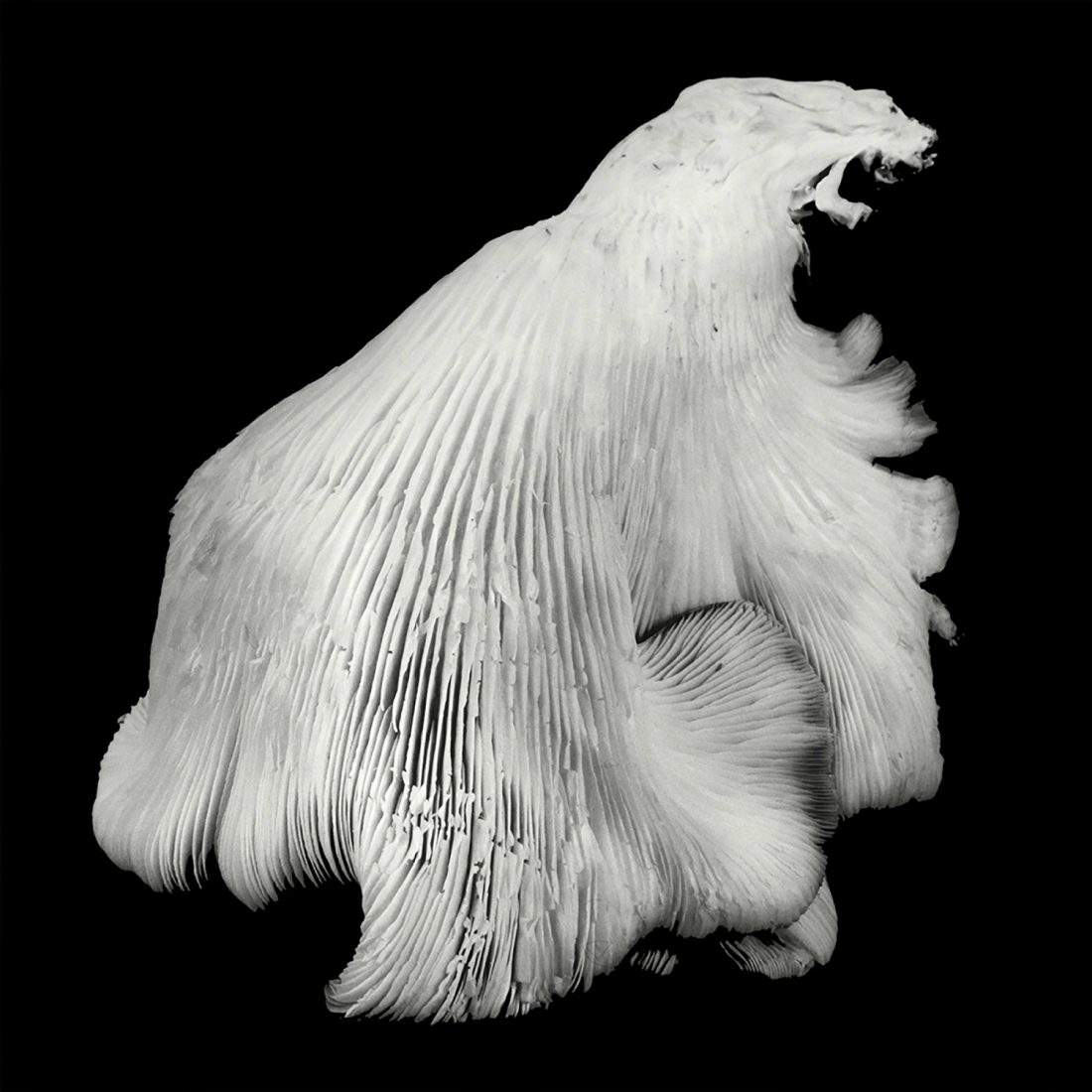 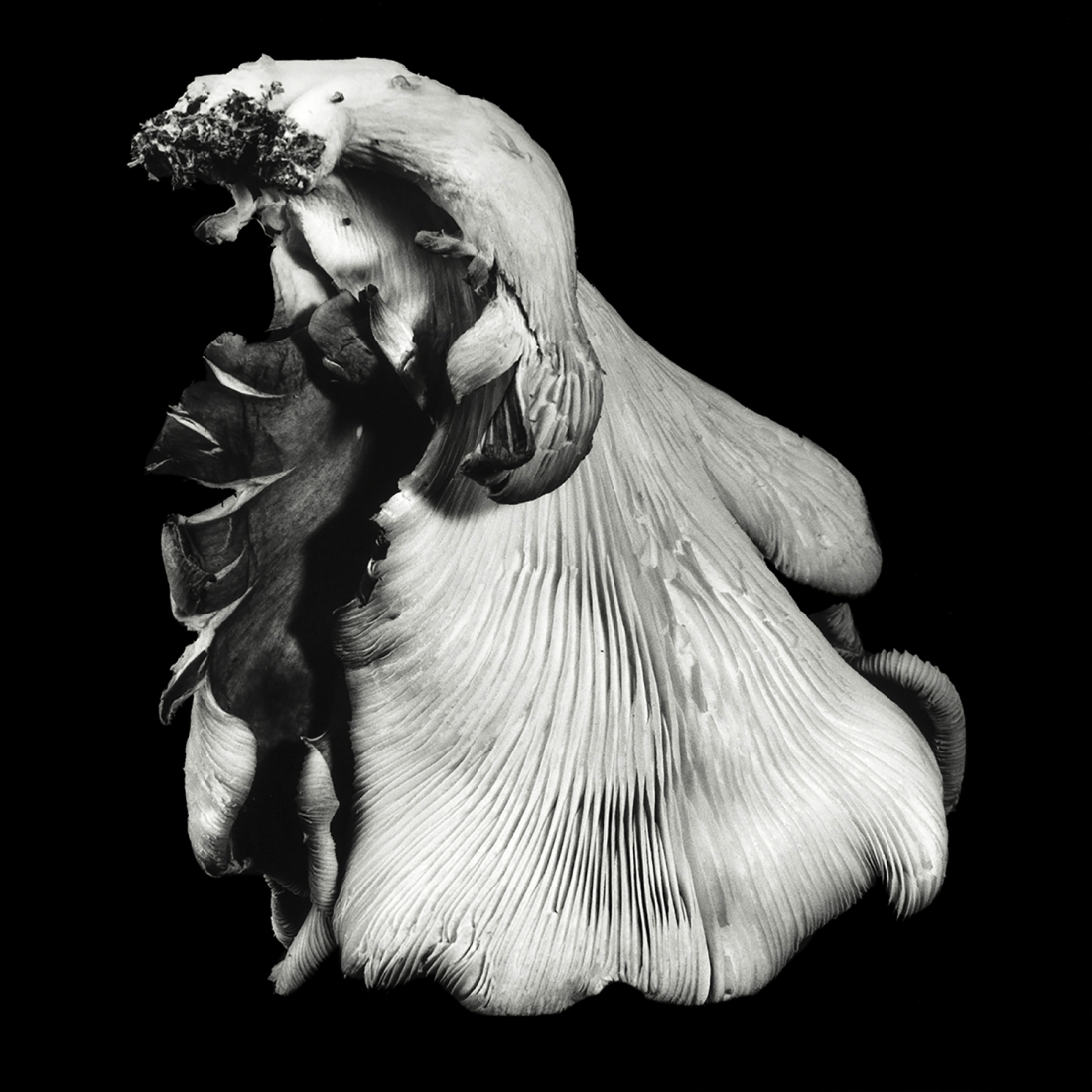 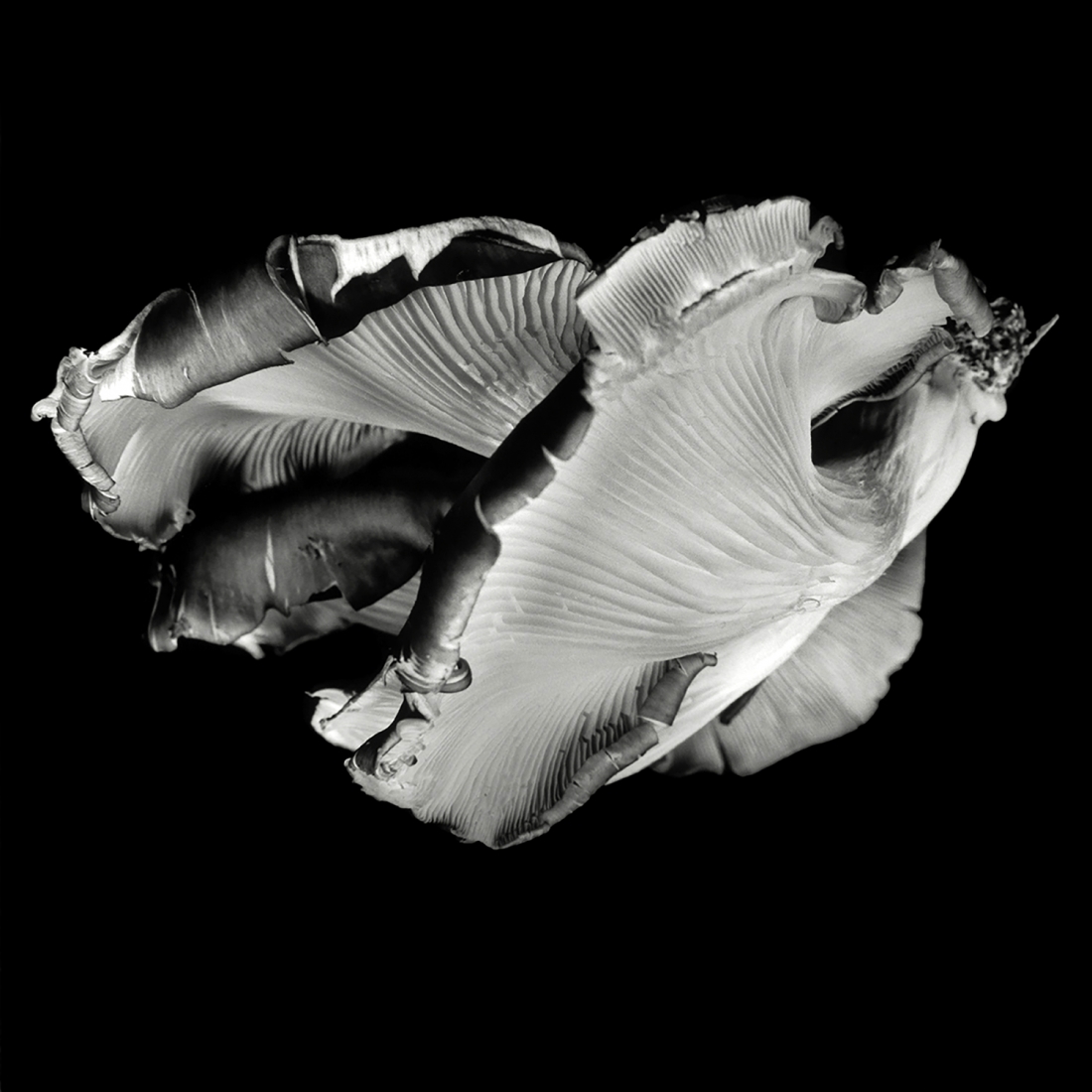 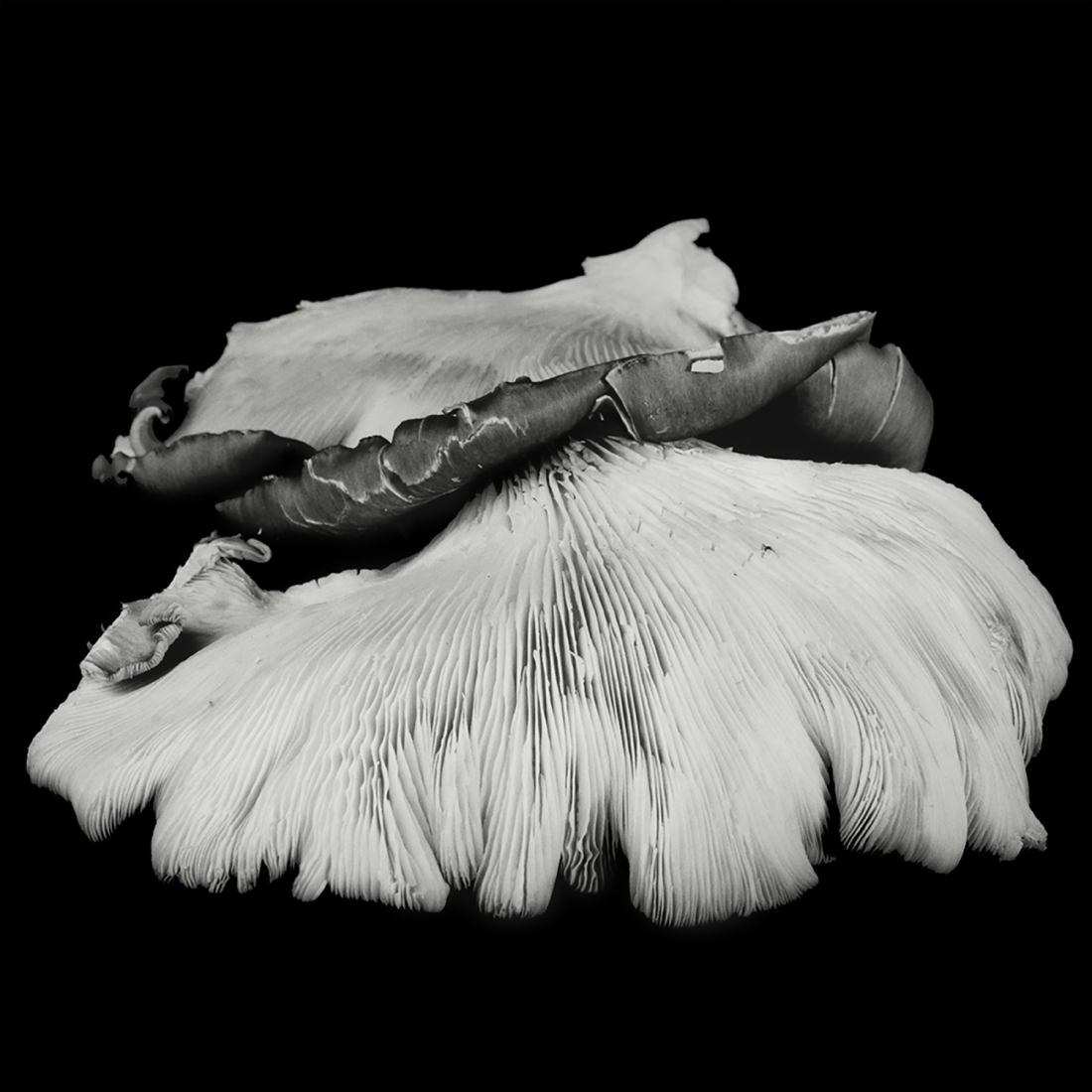 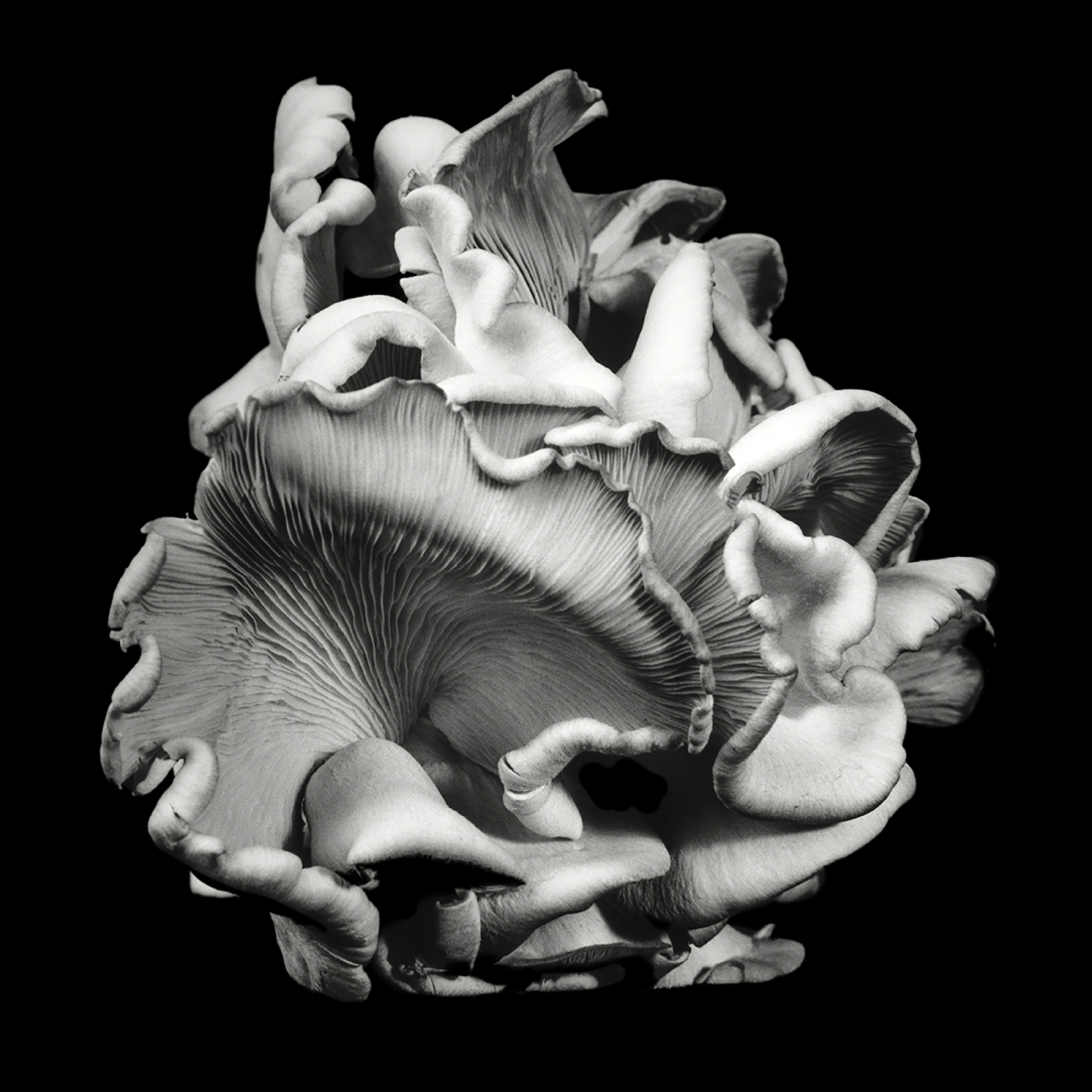 The oyster mushroom captured my imagination because of their bizarre shapes, alien textures and intricate detail. To create the best images, my preference is the brown and pink color varieties; however, with creativity, I am able to capture unique images with blue and grey color varieties.

To compose the image, I experiment with the position of the mushroom cluster. The subject is best presented against a rich black background. Prior to clicking the shutter, I pay careful attention to the focus, the quality of lighting and anticipate printing the image in the darkroom. To round out my artistic expression, I use my darkroom skills to create depth and warmth in the subject. I present the image in a square format as this allows the mushroom cluster to monopolize the space.

Rather than titling each image, I number the images sequentially to allow the viewer to form their own interpretation.