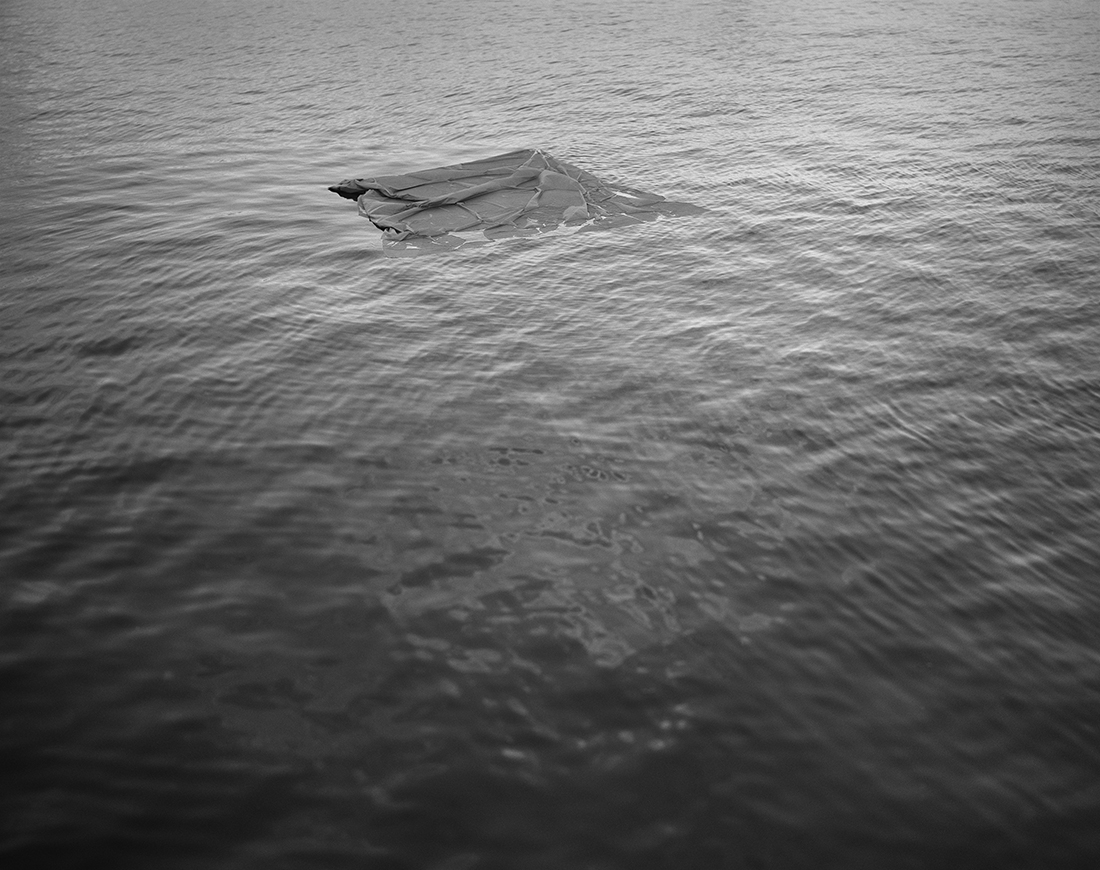 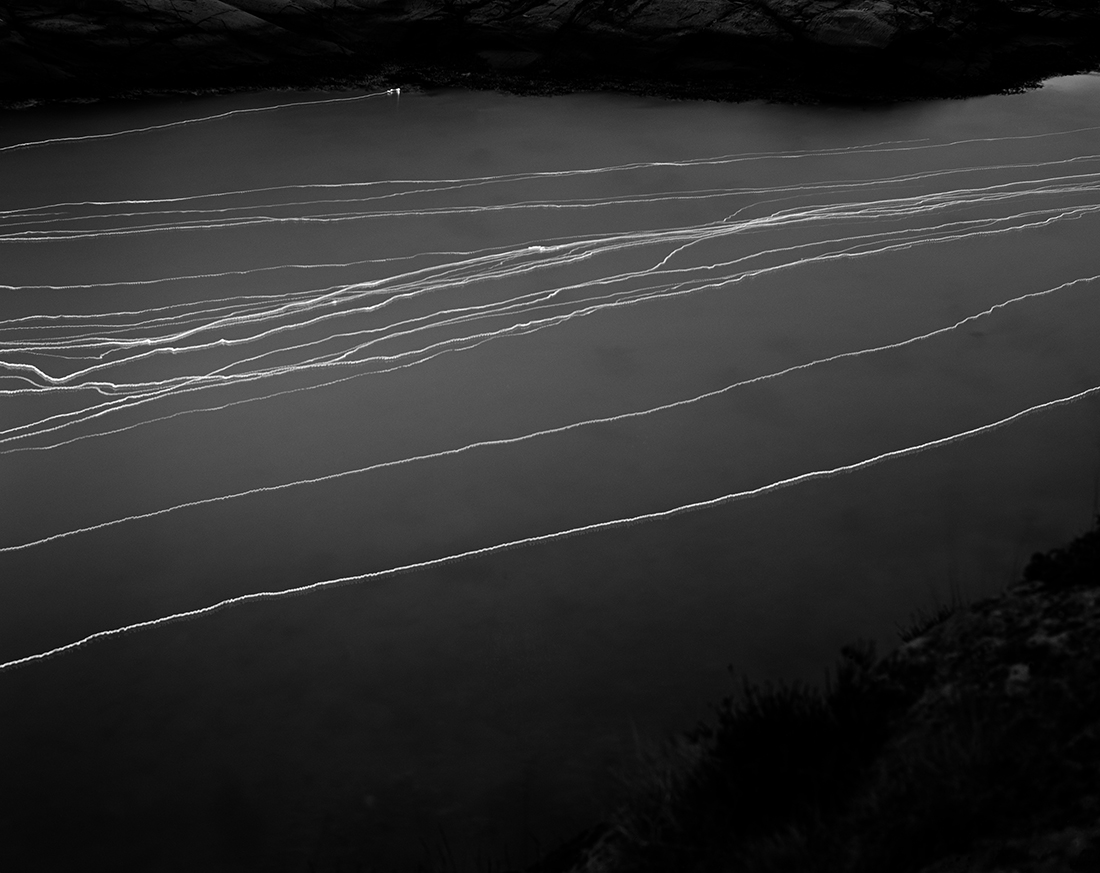 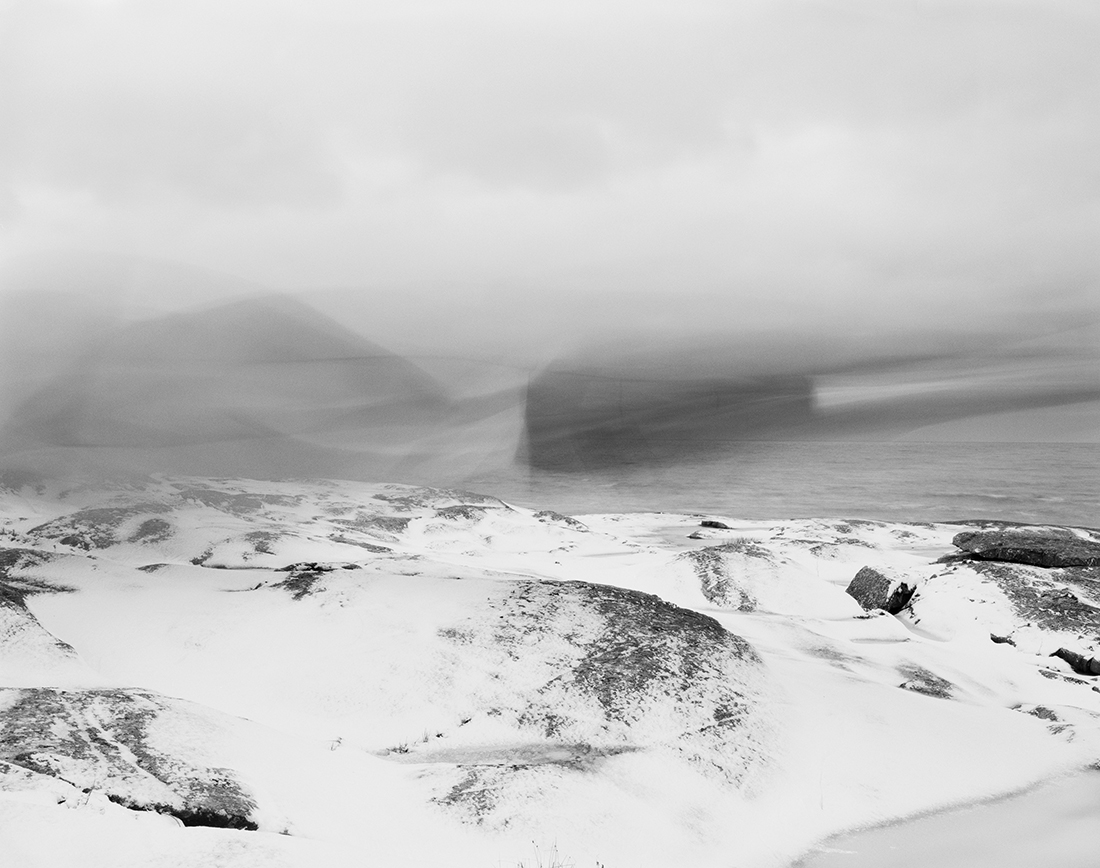 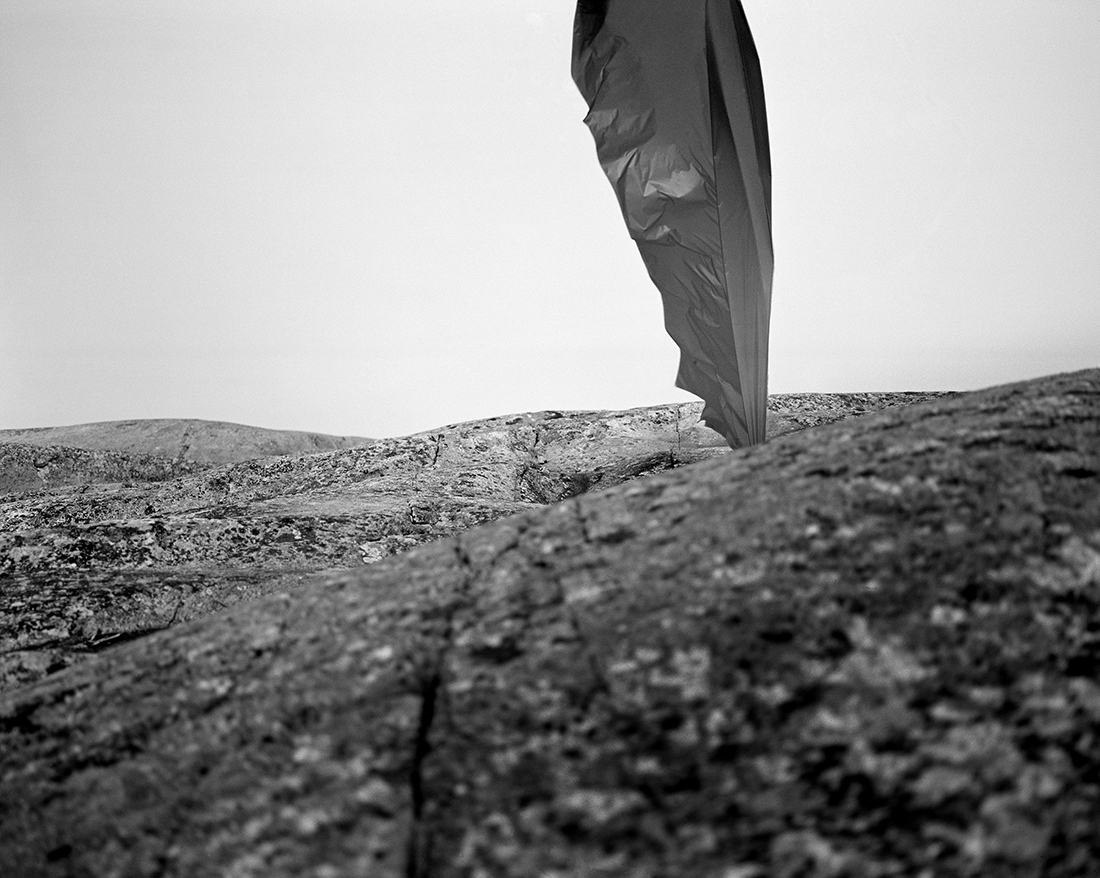 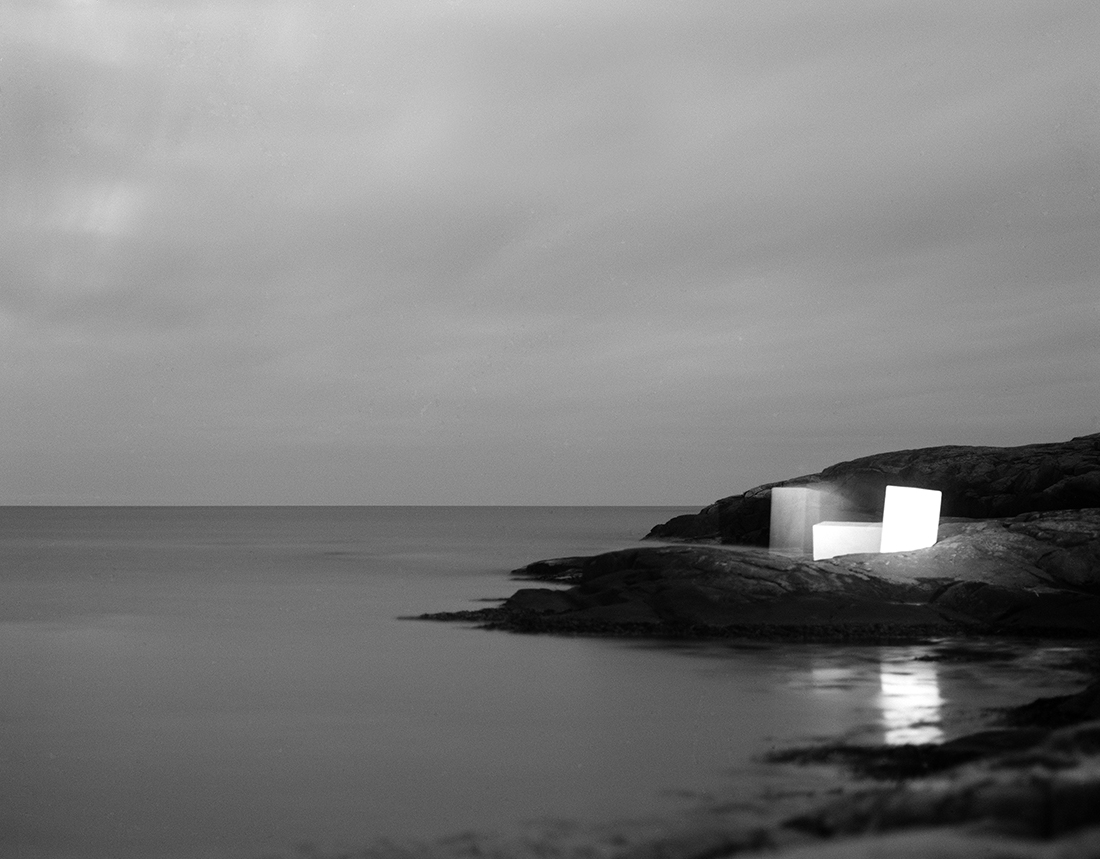 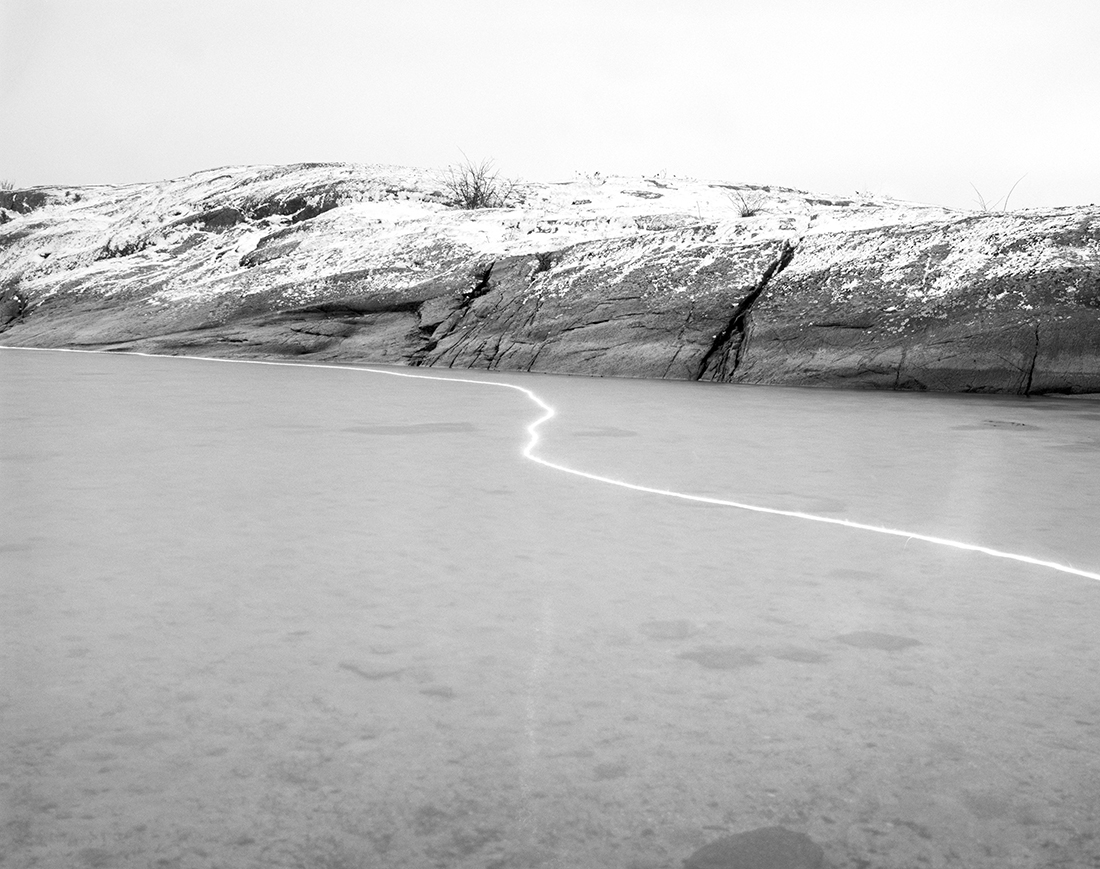 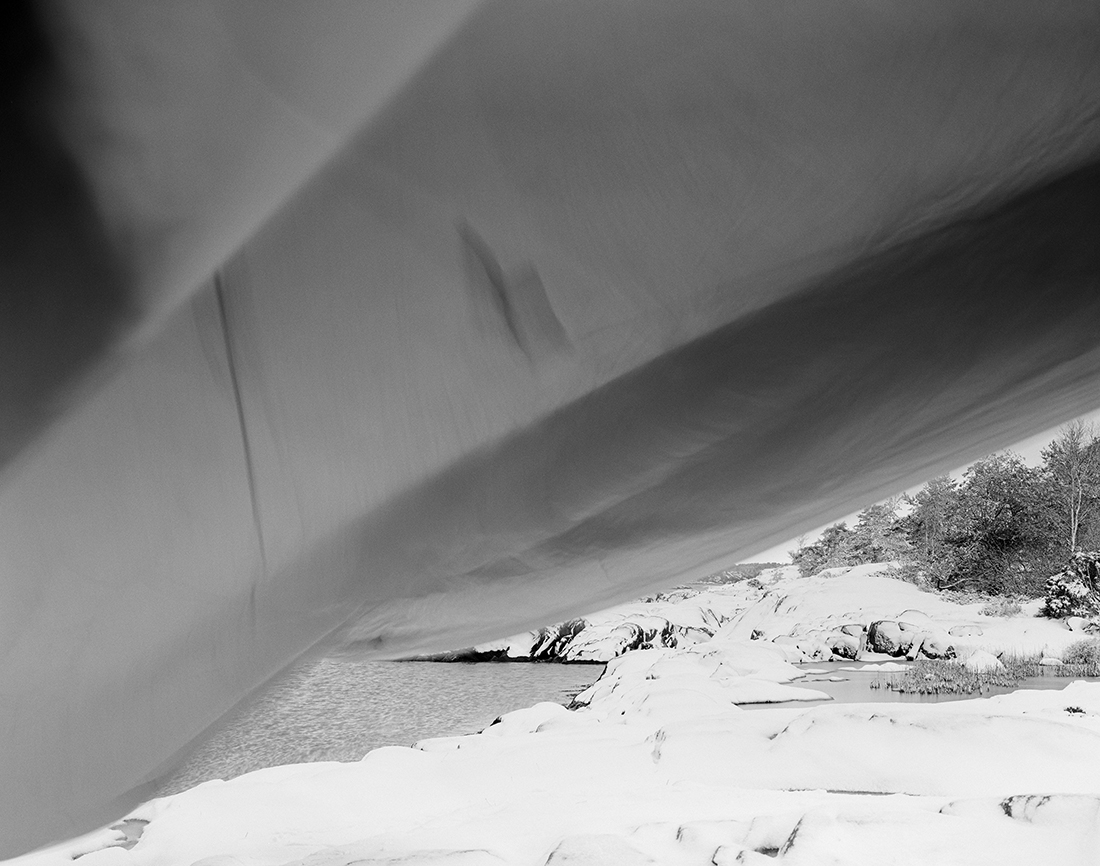 It is not down on any map; true places never are.
— Herman Melville, Moby-Dick; or, The Whale

The forces of nature are natural phenomena always present in a landscape, beyond human control. Ole Brodersen‘s work is dedicated to unveiling this presence by exploring encounters between manmade objects and untouched nature.

Preparing for his recordings, Ole collects various materials such as: Styrofoam, pieces of sailcloth and rope, out of which he makes objects that will populate the landscape. Most of the material is found while rummaging through his grandfather‘s shed or his father‘s sail loft. Out of these Ole fashions markers; i.e. floats, flags, kites and different light sources.

Waves, tide, wind and currents decide where the recordings will take place. At a suitable location, Ole deploys his markers, starts the chosen exposure and waits while it develops in front of him.

The photographs reveal movement that is unnoticed, rather than undetectable. A useful analogy is false-color; a technique used in deep space imaging to visualize different unobservable phenomena. Images taken by telescopes are often in wavelengths invisible to the human eye, and needs to be mapped into our perceptual range. We know that these astronomical phenomena aren‘t presented the way they actually look, but otherwise they would remain undetected by us.

The final image is a result of the weather conditions that particular day, but also of the materials being used. The entire procedure enables nature to yield a figure of movement. Invisible force is captured into a visible sign.

Ole Brodersen is a Norwegian art photographer who works with staged landscapes. His most known series “Trespassing” explores encounters between man and nature, and is produced in the island society Lyngør where he grew up as 12th generation. He is strongly affiliated to this place and the maritime elements here dominate his motifs. His father is a sail maker, his grandfather was a sailor and he himself used to row to school.

After a brief international career as an art director, Brodersen circumnavigated the Atlantic Ocean for a year. Upon his return he made a gallery on his home island and later pursued photography through assisting the fine art photographer Dag Alveng (represented at MOMA and Metropolitan).

Brodersen‘s photographs was last shown at the Scandinavia House in New York; his participation supported by the Norwegian Consulate and mentioned by the New Yorker and Harper‘s Magazine. His works has been acquired by private and public collections in Norway, Sweden, Serbia, Malawi, the United Arab Emirates and USA. Brodersen has sojourned in New York, Prague, Belgrade, Stockholm and Porto. He is a member of Norwegian Society of Fine Art Photographers and Norwegian Visual Artist‘s Association.
SHARE
Support this photographer - share this work on Facebook.
< BACK TO GALLERY