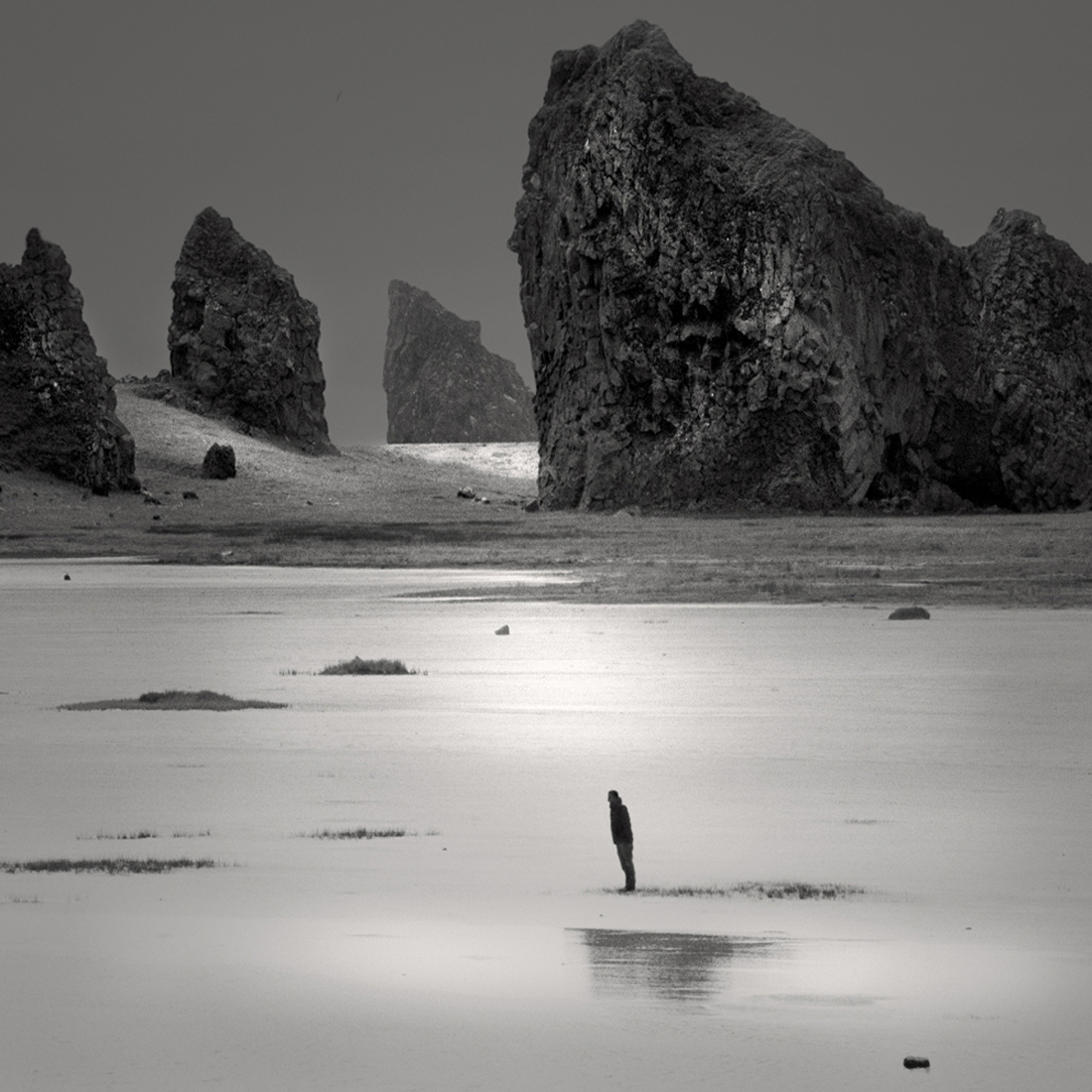 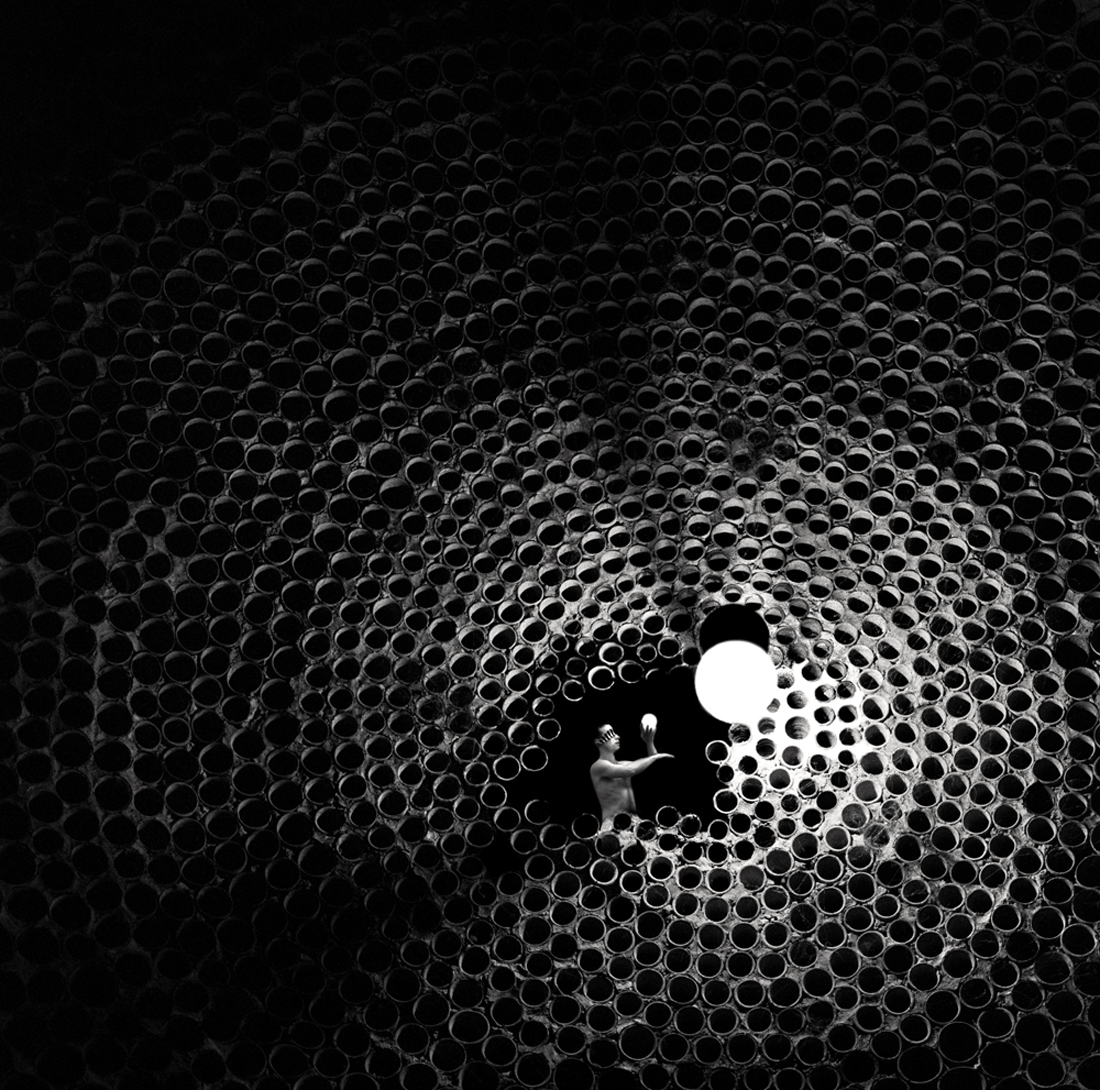 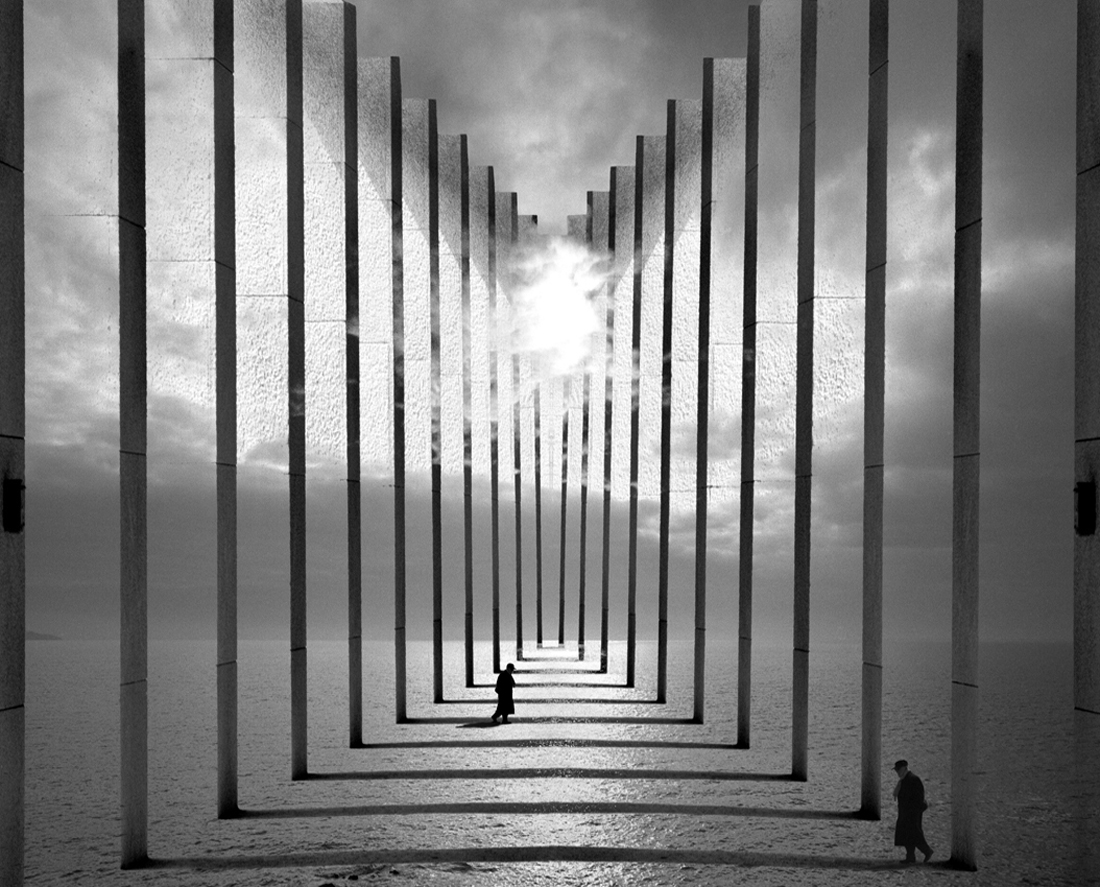 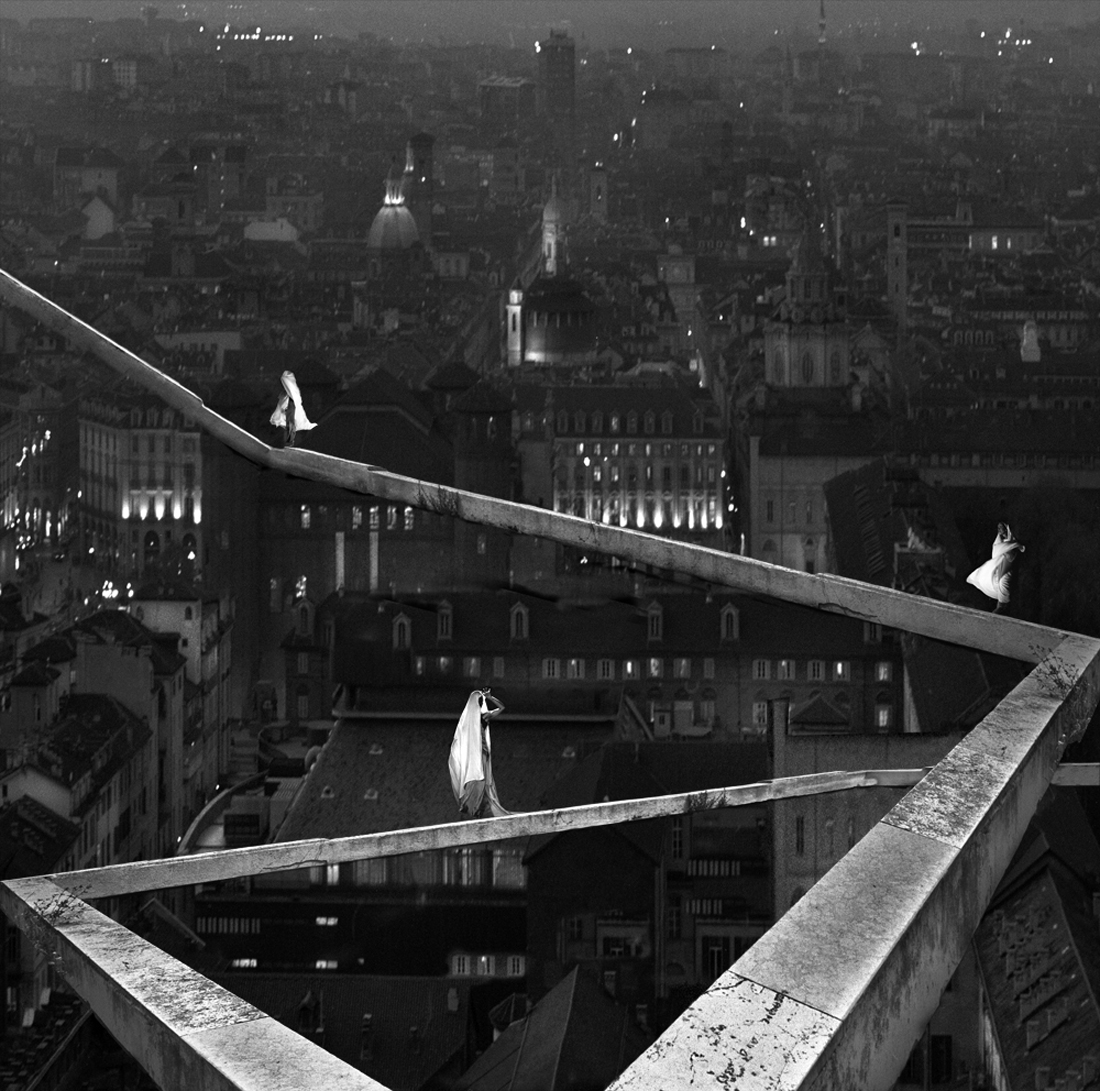 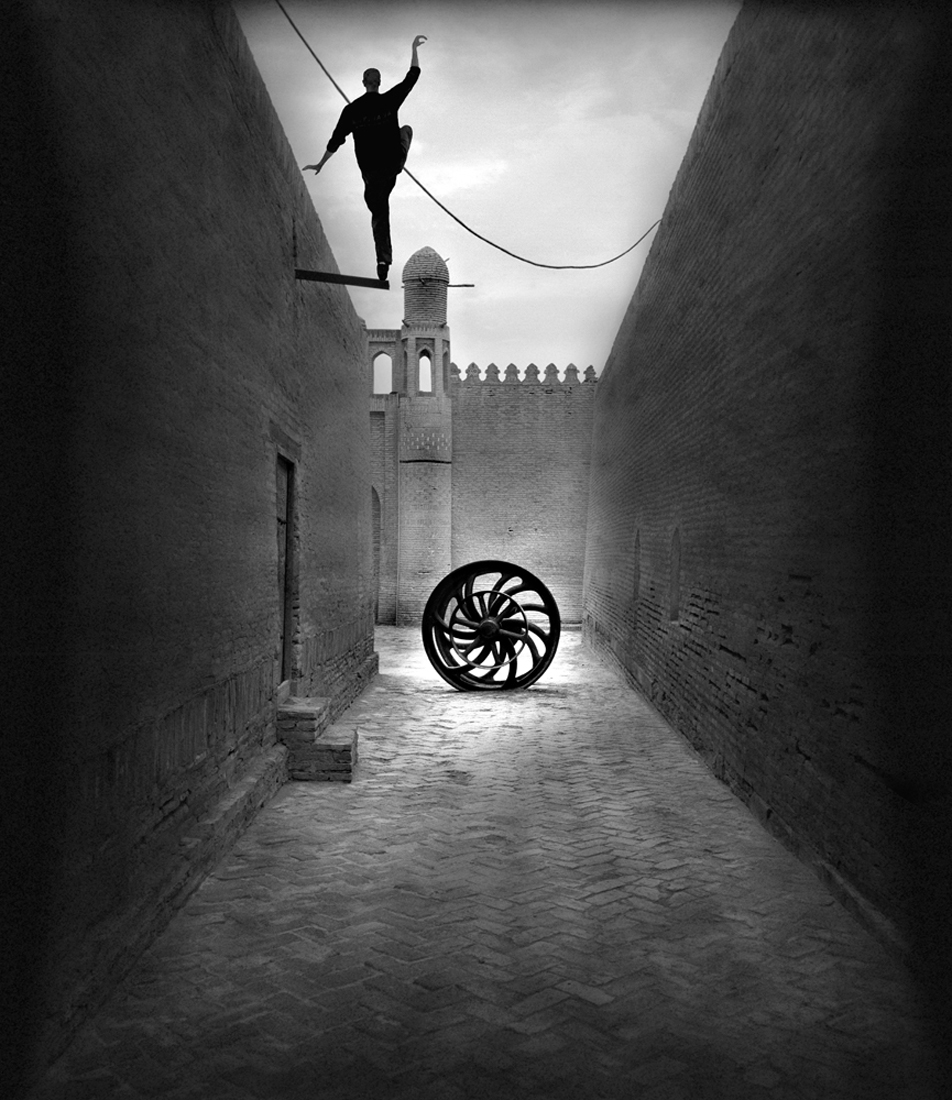 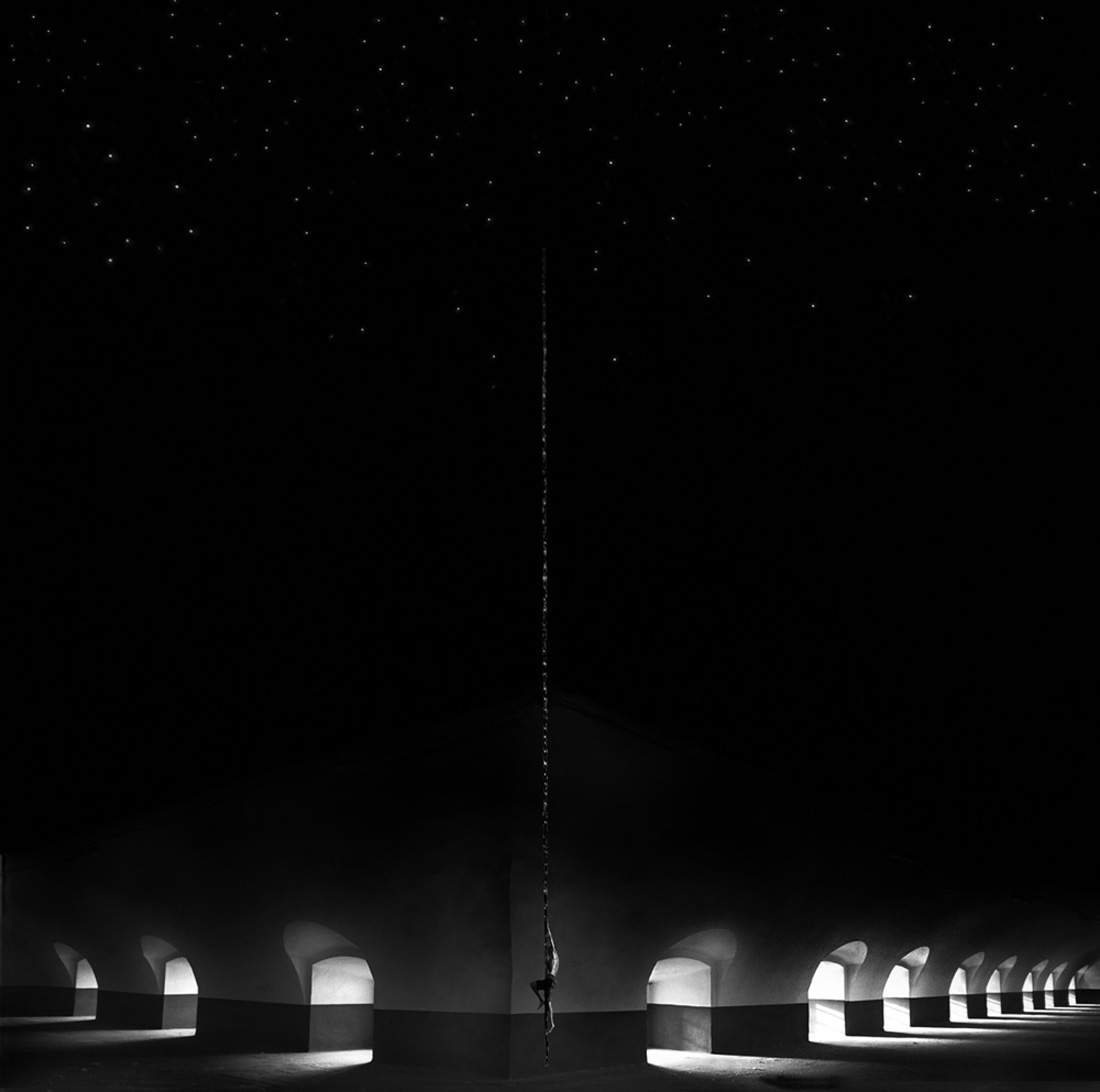 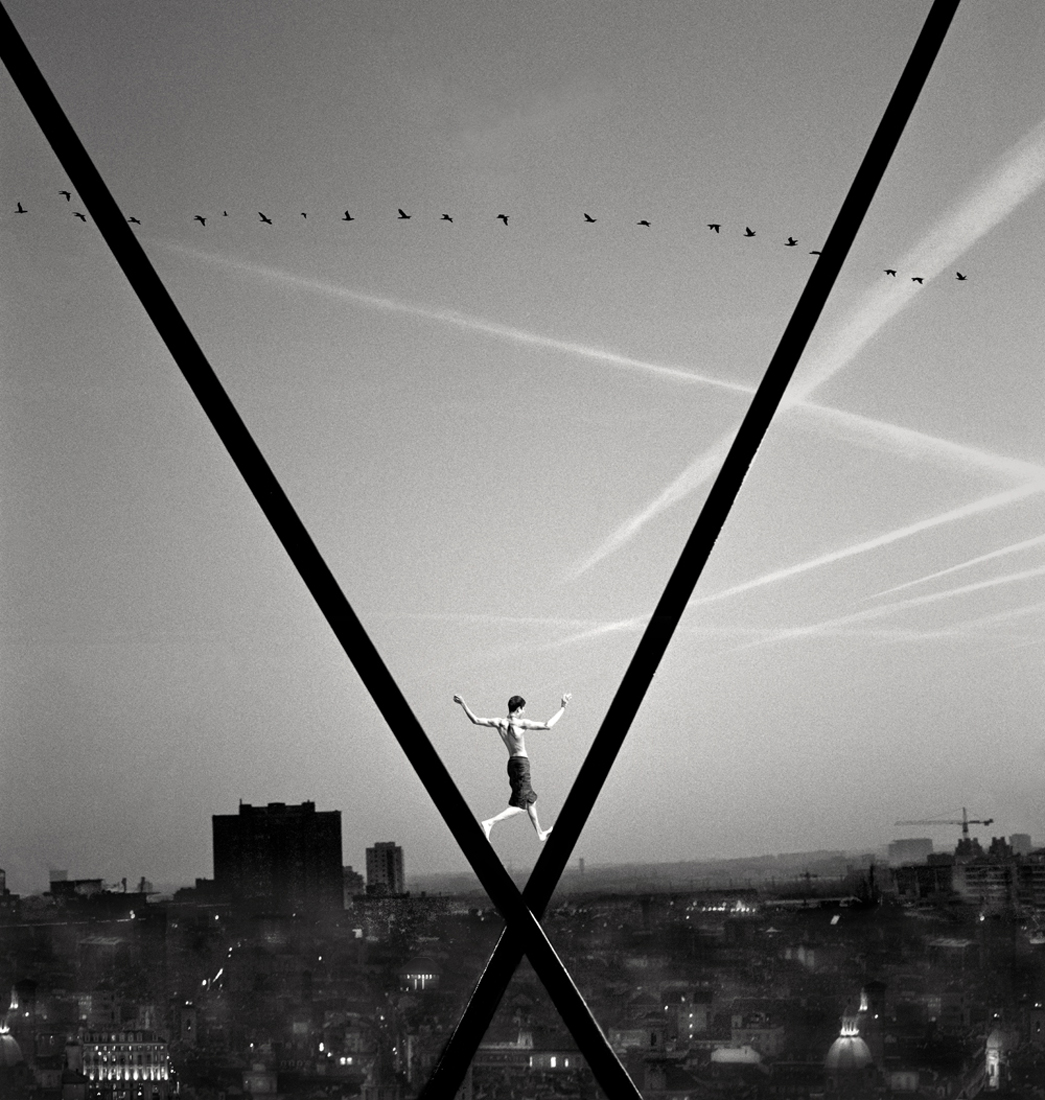 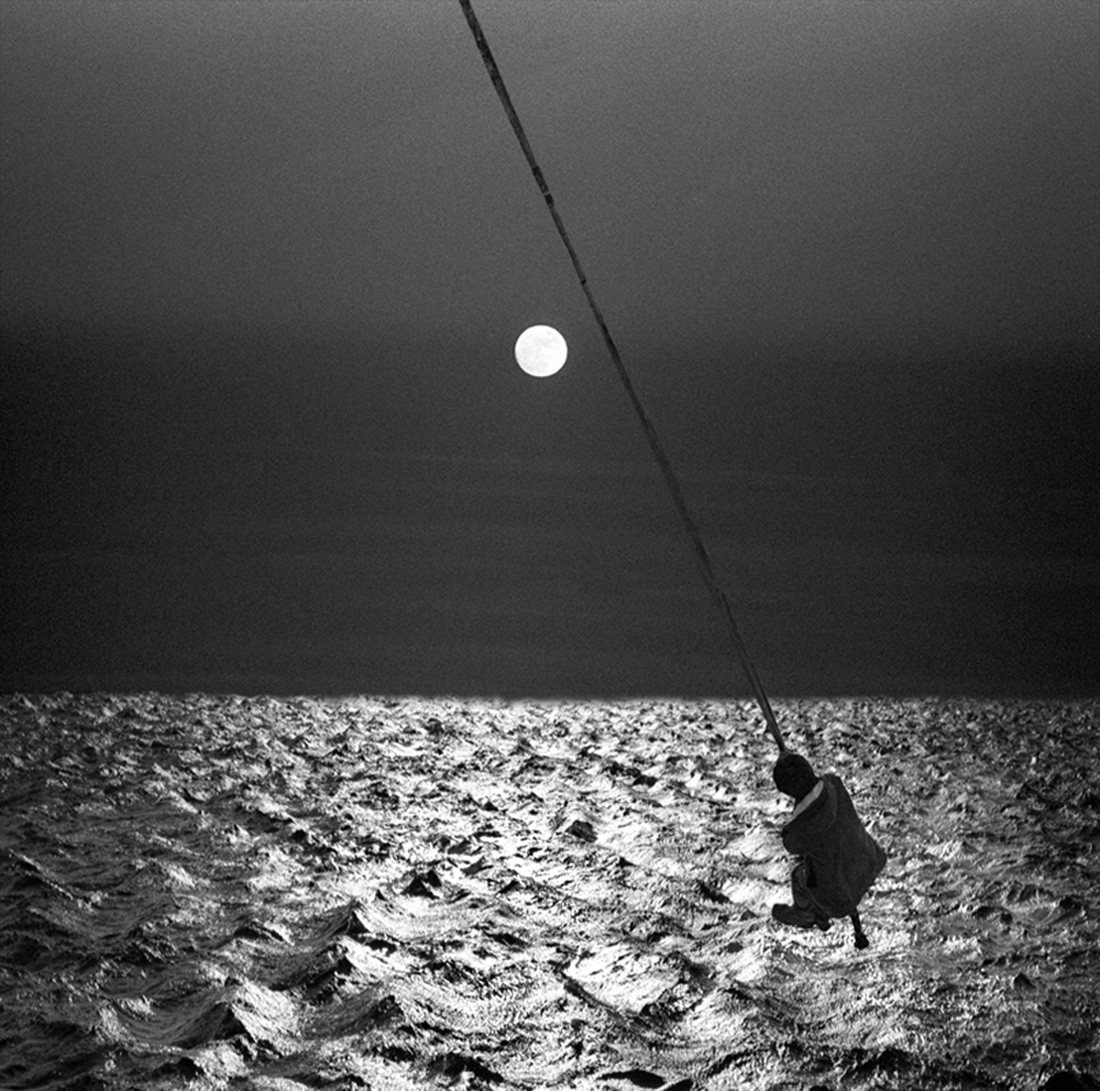 In terms of form, for one… Everything that has been alluded to or explored until now is hereby asserted, established, in an increasingly exacting geometry, with a square format like a kind of protocol on a black ground, and, more often than not, a single human figure, an Everyman unfurling in a landscape where he is its punctuation. From their relationship flows the meaning of the whole.

The character alone bears the brunt of the human condition. His gestures, his silences, his fervors are universal, insofar as they translate how each one of us can or must deal with making our place in the world. Miniscule and at the same time a giant, he is lost…and yet so fully present.

His silhouette conveys the legitimacy or impropriety of his presence in a given place. That presence could be read as incongruous if the energy driving him did not transcend the given landscape, the conventional idea. He is a catalyst, he is a conscience; the Awakening lies in wait…

Here, landscape is the test of the awakened. Its elements are powerful, sometimes immense, often unsettling. It mirrors the character’s internal topography: darkly saturated depths, labyrinthic paths to choose from, craggy hills to climb.

But the landscape is in need of awakening, just as the awakened cannot be so without it. The two are complementary in their sharing of an energy whose genesis hinges on the balance of their encounter.

With “The Awakened”, Michel Kirch confirms his intention to etch spirituality into the very structure of his work.