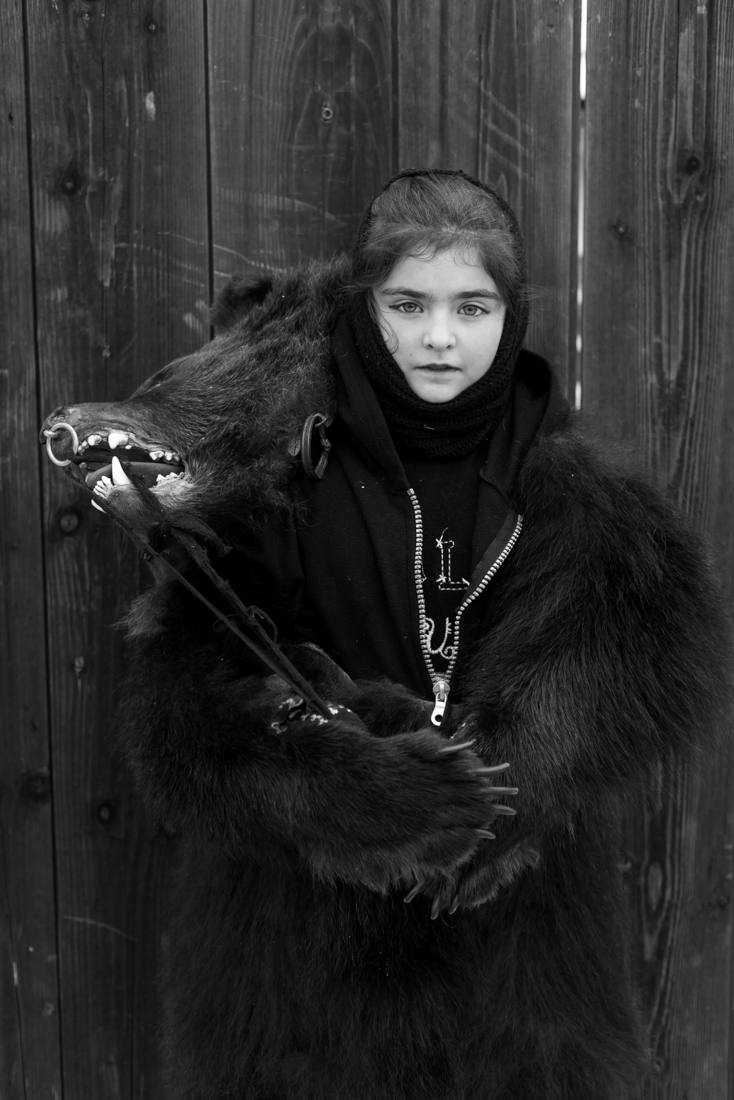 Little girl with striking eyes in front of the house in Asau where the "bears" get dressed for the parade to Comanesti. Bear dancing, i.e., dancing in bear skins, around Christmas and New Year, is a tradition specific to a small area around Comanesti, Moldova, Romania and is supposed to be related to the yearly renewal of nature. The dancers are both men and women, children and grown-ups.