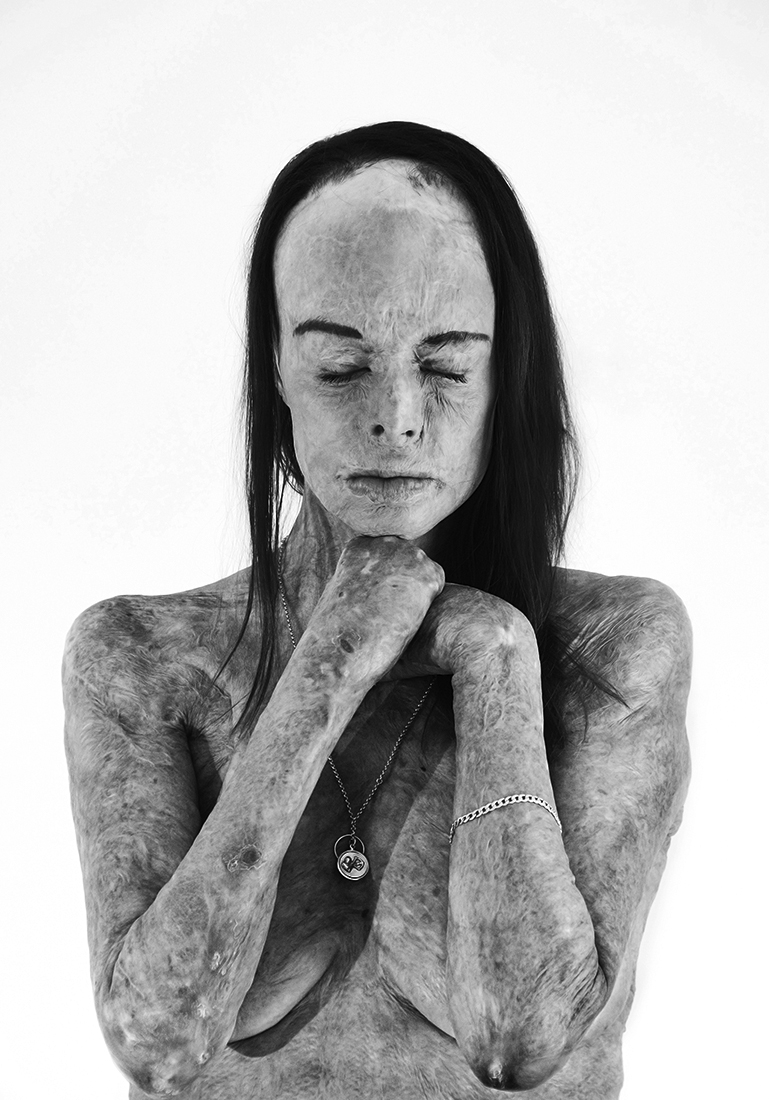 Carol Mayer was horrifically burnt in a Cairns house fire as a young mother over a decade ago. Her family were told she would not survive. However, following over a year of agonising skin grafts and operations she did survive.
She knows all about being near death and the pain of recovery from massive burns incurred in the fire. Carol now spends much of her time counselling other burns victims and assisting burns foundations. in particular she was on hand to help the victims and survivors of a horrific and inexplicable explosion at a crowded cafe in Ravenshoe north Queensland that killed two and injured twenty more.
Carol agreed to this portrait as she believes that it will inspire and encourage other burns survivors to achieve their goals and promote their healing.
She has long grown accustomed to “The Skin I’m In’.