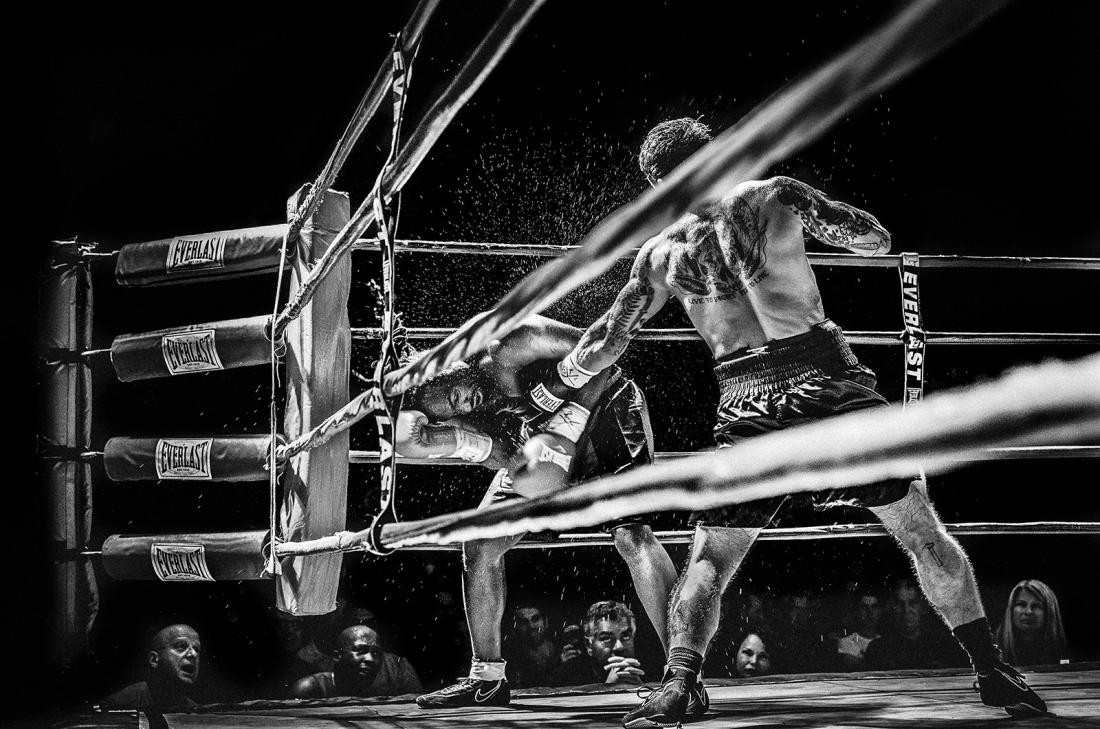 Photographing my first professional boxing match gave me so much more respect to the photographers that shot matches on film. I felt that tripping the shutter at the right moment was like a game. This was my end result .

Brian Malloy is a working photographer from the Boston area. Since 1989 he has been tripping the shutter of a camera, capturing people, places and things along the way. His obsession with creating images started when he took a basic photography class, and this led to spending countless hours in the darkroom smelling like chemicals. After running out of photography classes in college and graduating with a business degree he enrolled in the New England School of Photography. At NESOP he learned all he could from his professors and fellow students, and in 1993 started out on his own. Since then he has made a living out of doing what he loves every day and wouldn't trade it for anything in the world. Only recently has he started to show his work in group shows, and is working towards his first solo show of his work documenting the religious pageantry of Spain’s Holy Week.s
SHARE
Support this photographer - share this work on Facebook.
< BACK TO GALLERY