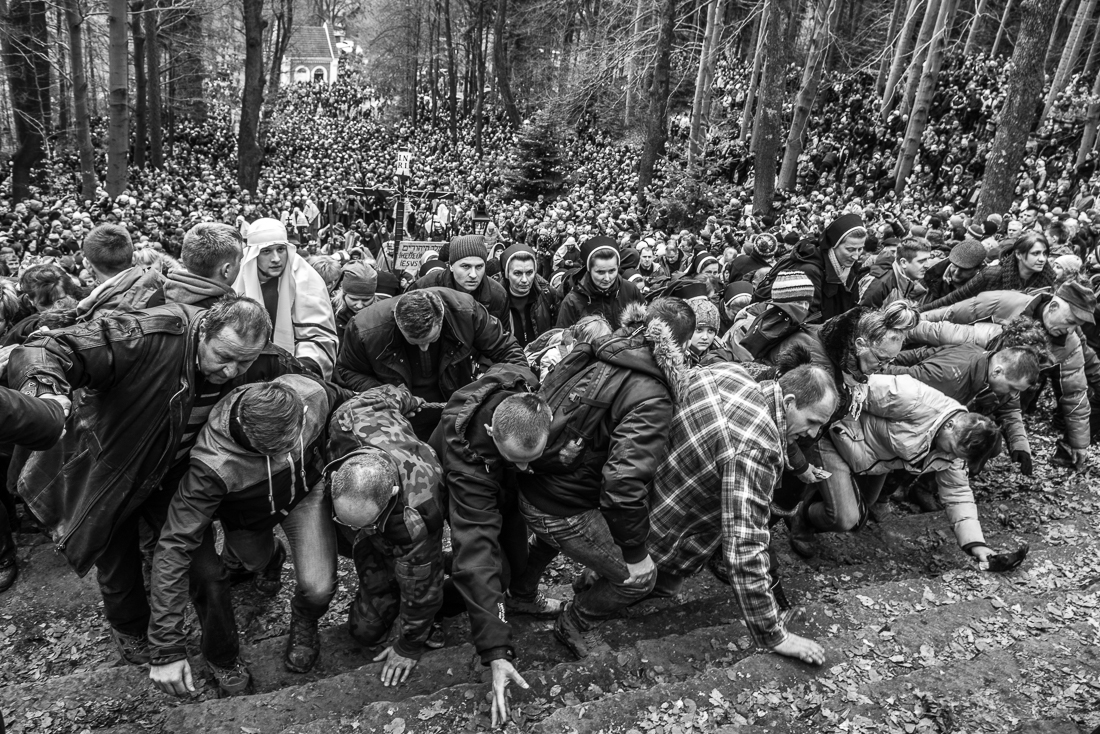 TITLE: "The Passion in Calvary"

The photograph was taken in Kalwaria Zebrzydowska, a town located in south Poland. Since the 17th century, a mystery play featuring the Passion of Christ has been organized there annually during the Holy Week. The final happenings and occurrences before Christ’s death and resurrection are being reenacted on the vast territory of the Sanctuary by local inhabitants . Every year tens of thousands of pilgrims, usually from surrounding towns, attend this event.

Leszek Górski, based in Krakow (Poland) has been taking pictures for over 30 years. Independent photographer and author of texts on photography. His interests lie mainly in architecture and people in the urban environment. He looks at the world from a distance but with curiosity. Górski wants everything he does to be a source of positive emotions. He is a member of the Association of Polish Art Photographers (ZPAF) and student at the Institute of Creative Photography (ITF) in Opava, Czech Republic.
SHARE
Support this photographer - share this work on Facebook.
< BACK TO GALLERY