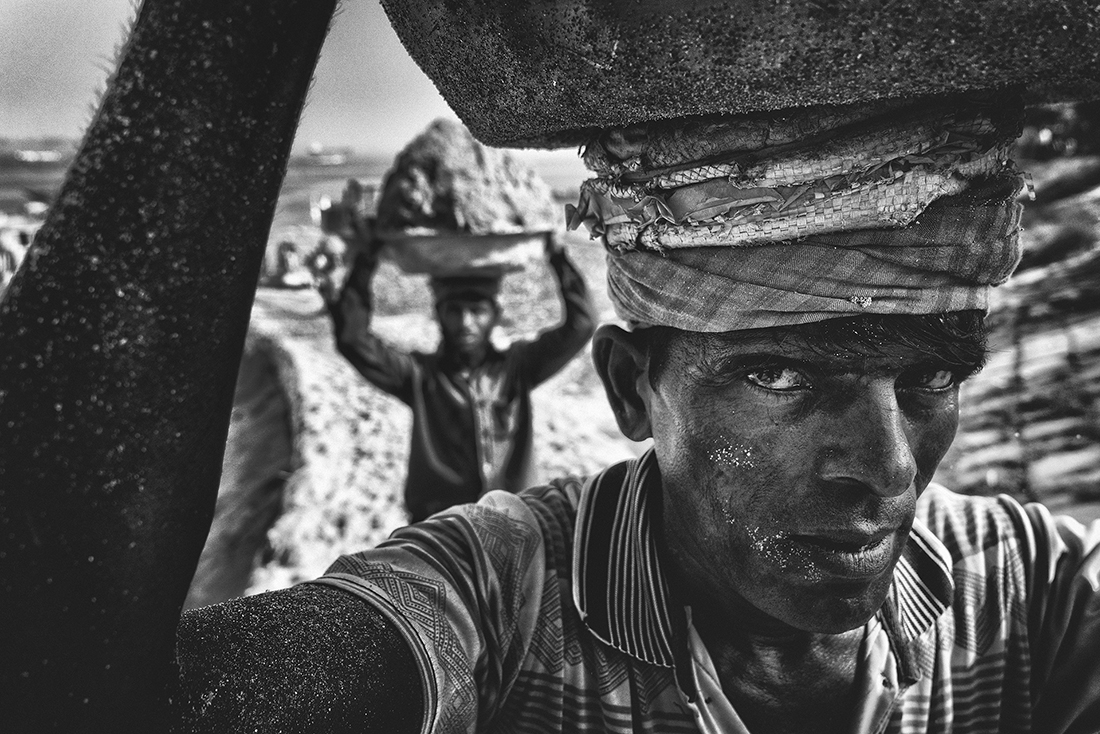 This photograph was taken from near the bank of Dhaleshwari River in Munshiganj, Bangladesh. People who working as a sand porter were collecting sands from the boat on the river and stored in a place near river ghat.

Md. Tanveer Hassan Rohan was born and brought up in Dhaka, the capital city of Bangladesh. He has an utter passion for photography and photography has been his passion for a very long time. Growing up in Dhaka, he has realized that beauty manifests in many forms. This city is a manifestation of the contrast of nature and urbanization. As a photographer, his essential aim is to capture the moments of life and give them significance by making them static in time. He loves to travel and be in different places, meet new people, and enjoy the experience that photography offers, which is to capture Earth’s beautiful and awe-inspiring moments. He also loves to experiment with his photography.
He has finished his Basic Photography course From Prism . He has taken part in many National and International Photography contest and till now he has won many national and more than 200 international photography awards, including IPA 2015 (2nd Place in General News Category and 7 Honorable mentions in different categories), MIFA 2015 (1st Place In General News Category and 3 Honorable mentions in different categories), Grand Winner in “Photo for Tolerance +” International Youth Photography Contest 2015. 1st prize in Sony World Photography Awards 2016, National Award ,2nd Prize in Photojournalism category from Xposure International Photography Competition 2016, 9 ( 3 Gold, 1 Silver, 1 Bronze , 3 Honorable mentions and also 2nd Place in People category ) awards from Tokyo International Photography awards 2016. He has been selected as a best Authors twice in FIAP patronage Photography Contest in France and Bangladesh. His photographs exhibited in more than 45 countries.He has been awarded AFIAP distinction from Fédération Internationale de l'Art Photographique (FIAP) in early 2016, and BEPSS Distinction From The Photographic Society of Singapore (PSS) in November 2016 and PPSA Distinction FromPhotographic Society Of America in December 2016. It is with utmost diligent and inspiration that he is willing to carry on this passion throughout his life.
Share
Support this photographer - share this work on Facebook.
< BACK TO GALLERY